A first-timer’s take on SynBioBeta2019: We can actually build -- and are building -- a better world 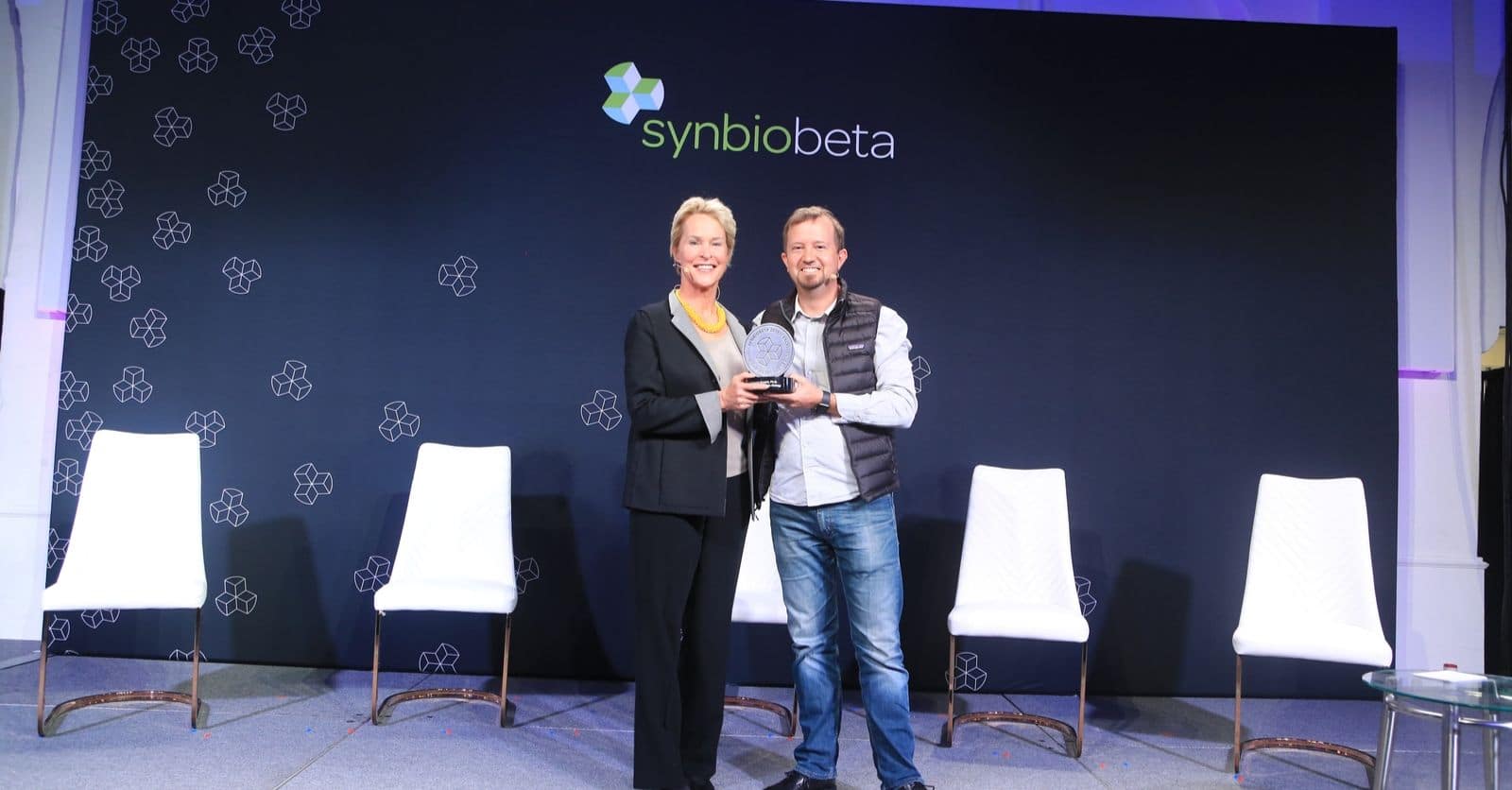 A first-timer’s take on SynBioBeta2019: We can actually build -- and are building -- a better world

In life, there are those days that are ephemeral, that pass by in quiet silence and are forgotten by the tides of time. Then there are those special days that are transcendent, days that set a precedent for the ones that are to come. For me, and the hundreds of entrepreneurs, educators, and enthusiasts who journeyed from around the globe to grace SynBioBeta 2019’s new SVN West venue in San Francisco, the days of October 1-3 were of the latter type. The conference kicked off with CEO John Cumbers, decked out in Spiber’s stylish spider silk Moon Parka, skateboarding onto the main stage atop a skateboard made from fermented protein. After warmly welcoming the crowd, he boldly announced a sentiment that has long been brewing in the community: “The future belongs to biology!” A bold statement such as this, naturally, is enthusiastically received by any consortium of synthetic biologists, but within the back of every synthetic biologist’s mind lies the skeptical scientist, knowing that an extraordinary claim requires extraordinary evidence.

John Cumbers, SynBioBetaIt didn’t take long for that extraordinary evidence to arrive. The first Keynote speaker of the conference, Inscripta’s Kevin Ness, wiped away all doubt by revealing the Onyx - a tour de force in genome engineering. Promising to bring to genome engineering what Illumina brought to nucleic acid sequencing, the benchtop forward engineering platform allows researchers to perform tens of thousands of edits at unprecedented speed and scale. With the audience’s imaginations piqued, another groundbreaking announcement came before lunch was even set.

Kevin Ness, Inscripta.The White House’s Senior Policy Advisor for Biodefense, Ian Watson, announced that synthetic biology advances have not gone unnoticed, and that the US government plans to make synthetic biology a national priority by 2021. As a first step, he encouraged industrialists, academics, and citizens to submit comments regarding this new Bioeconomy to the Office of Science Technology and Policy by October 22nd, 2019. Indeed, DARPA has had its eye on the field of synthetic biology since its conception, but as Ginkgo’s Jason Kelly puts it, the field is now a “teenager,” and Lisa Porter from the Department of Defense emphasized that critical mass is building -- and this is our opportunity to get it right. She further elaborated on the reasons for the government’s official change in policy, mentioning synthetic biology’s promise of revolutionizing material sourcing in a world that is both environmentally and politically affected by climate change.And speaking of climate change, it resurfaced throughout many of the keynotes and breakout sessions. In a fireside chat featuring biology giant George Church and former Google CEO, Eric Schmidt, carbon capture was the subject of discussion, with Church identifying Cyanobacteria as an excellent candidate for such endeavors. And while it isn’t as popular as yeast or E. coli for metabolic engineering platforms, Cyanobacteria and even algae had a fair representation in the community, indicating that the field is ready for novel approaches.

John Cumbers, George Church, and Eric Schmidt.In a breakout session on photosynthetic cell factories, Professor Cheryl Kerfeld presented her work on the Cyanobacteria’s carboxysome, a photosynthetic bacterial compartment that can be engineered into various shapes to support modified metabolisms. Furthermore, Professor Shota Atsumi demonstrated his lab’s successful endeavors in increasing the carbon capture efficiency of Cyanobacteria. Focusing on microalgae, another microscopic and photosynthetic organism, Professor Stephen Mayfield elaborated on microalgae’s spectacular ability to create oils and proteins. He has been engineering algae to create polyurethane for biodegradable and affordable shoes.The ability of many organisms employed by synthetic biologists to capture carbon (and other molecules) herald the coming of a circular economy, where the wastes from one process are the fuel for another. Already, Bay Area based Mango Materials is using methane gas from a waste facility to produce PHA biopolymers, while the NASA-backed CUBES program is attempting to create a closed loop biomanufacturing process to allow humans to make the materials that they need on Mars.Such vivid reimagining of production and sustainability is exactly the type of thinking that Nobel Laureate Frances Arnold called for in her keynote address. Unlike traditional biology, which is limited to that which already exists, she stressed synthetic biology’s ability to create novel chemistries and reactions, and by virtue of this, the possibilities are infinite. For me, her keynote was the apotheosis of the conference - her speech and career a symbol of the field, of its promise, and of what it already has achieved.

Nobel Laureate Frances Arnold.As a 24 year old with dreams to become a metabolic engineer, SynBioBeta was my first official foray into this world. Though I had read journal papers, listened to talks, and have been a biologist for most of my adult life, it was hard for me to really imagine what synthetic biology was all about. I came to the conference with a blank slate and an open mind, eager to hear about how the stuff of science fiction is manifested. Since I plan to begin my graduate studies in the coming decade, I saw the conference as a landscape rife with my potential futures, where my only desire was to see which experiences would most inspire.I believe I found what I was looking for, but I believe so did many others. In those three days, I saw partnering tables abuzz with activity, breakout sessions ending with people forming new connections, and all throughout the three-story building, people were amicably chatting with one another. What was most inspiring was how intrigued everyone was about what everyone else was doing. Though many were business competitors, I felt a collective camaraderie, and amidst the intriguing ideas I was exposed to, it was the community that was by far the most inspirational.To end, I would like to apply a method of dialogue I learned from a fireside chat on “How to tell the Story of 21st Century Biology” with Drew Endy, Oliver Morton, and Jane Metcalfe. The method is simple: approach topics with an “I like, I wish, what if” perspective. I like that there were silent disco headphones to hear presenters. Not only did it make hearing easier, but it reminded me of my first night in San Francisco, which was the start of something beautiful. I wish that wherever I end up doing my PhD, the professor has Inscripta’s Onyx. And what if everyone that has an unrealized interest in synthetic biology was exposed to a conference such as this -- what would they do with their lives, and what would the world be?