Animal-Free Beef Was Just A Start. Synthetic Biology Is Set To Bring Us Dairy, Egg Products And More 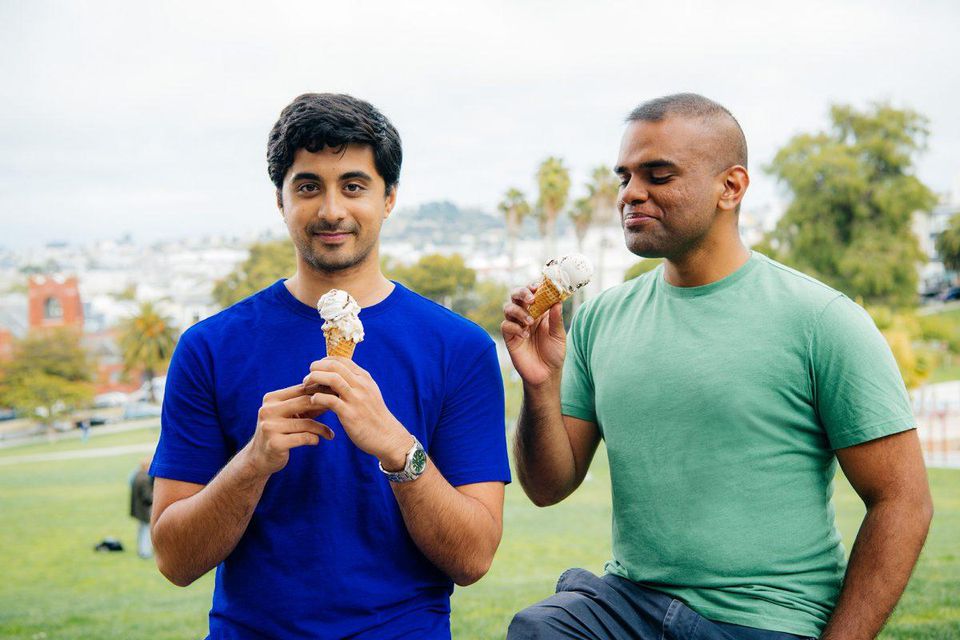 Animal-Free Beef Was Just A Start. Synthetic Biology Is Set To Bring Us Dairy, Egg Products And More

Impossible Foods is rolling out its animal-free hamburgers at Burger King locations across the country. The secret ingredient? Soy heme, which naturally binds iron and gives the patties in the Impossible Whopper a convincingly beefy appearance and taste.

White Castle, Carl’s Jr, Little Caesar’s and more have also added alt-beef to the menu.This surge of new meat alternatives into frankly unlikely places has many traditional meat manufacturers looking over their shoulders. But biotech is not stopping at beef.Last week, California startup Perfect Day unveiled a limited-run, animal-free dairy ice cream — its first swipe at the US$9B whey protein market.Perfect Day has come up with a way of using the age-old process of fermentation to convert sugar into whey and casein, the two main protein ingredients in cow’s milk. They recently whipped that whey together with fat, sugar and other ingredients to create 1,000 pints each of Milky Chocolate, Vanilla Salted Fudge, and Vanilla Blackberry Toffee ice cream.

The limited run of Perfect Day ice cream is already sold out, but the point was to show big food producers how microflora can be used to produce animal-free ingredients for milk, dairy, cheese, and ice cream.Who’d buy a pint of ice cream for $20 plus shipping? A lot of curious people, apparently. Those fast-selling and apparently delicious treats were the first real dairy confections ever made without input from a single cow.Perfect Day was founded five years ago by two vegan scientists, Ryan Pandya and Perumal Gandhi. Their goal was to develop a kinder way to make the dairy products people already love.Cows are great at making protein, both as meat and milk. But you don’t have to be vegan to recognize that industrial cattle farming is having a huge impact on the planet. A single dairy cow wolfs down at least 100 pounds of feed per day, and thus vast swaths of farmland are needed to sustain them. Their methane-rich belches are also having a real impact on climate change.If all you want is cow protein, why grow the cow?This question, and $60 million of venture capital, led Perfect Day to develop its cow-free protein production process. It relies on microbes, and still requires filtration to purify the protein, but the company estimates that it requires less than half the energy and 98 percent less land than industrial cattle farming.Interestingly, Perfect Day has no plans to keep making ice cream. At least, they won’t be the ones whipping it up. Their business model is decidedly B2B — they want to sell whey and other animal-free proteins to big-name food producers such as ADM, with whom they have already secured a contract.

Impossible Food’s soy heme was one of the first cultured ingredients to make a big splash, and Perfect Day is not alone in pursuing cultured whey. Motif, a spinout of synthetic biology giant Ginkgo Bioworks, is also looking to ferment it at scale. The firm, which launched in February with a $90 million Series A, says it is also working on dozens of other ingredients that today can only be sourced from animals.“There are so many exciting and interesting opportunities that one of the challenges we’re going to have is making sure that we’re working on the right ones,” says Jonathan McIntyre, Motif’s CEO.Clara Foods, another Bay Area startup, has set its sights on chicken-free egg whites, among other baking and nutritional supplements.It isn’t just butchers, milkers, or egg farmers who should be nervous. Walk ten minutes north from Perfect Day’s headquarters and you’ll arrive at a brick and glass research building and nearby warehouse. There, Bolt Threads is growing animal-free leather, as are New York-based firms Ecovative and Modern Meadow.If these companies succeed, we may soon see a more sustainable world with fewer—and happier—cows. But the real opportunity could lie in proteins we have yet to see.Traditional food makers are limited to proteins that can be harvested, be it from flora or fauna. These ingredients did not evolve over billions of years to suit our taste buds. With the advent of synthetic biology, the easy reading, writing and editing of DNA could open up a whole new world of designer proteins with enhanced nutrition, flavors, fragrances, and material properties.***Disclaimer: I am the founder of SynBioBeta, the innovation network for the synthetic biology industry. Some of the companies that I write about -- includingEcovative and Ginkgo Bioworks -- are sponsors of the SynBioBeta conference (click here for a full list of sponsors). I am also an investor in Modern Meadow. Originally published on Forbes: https://www.forbes.com/sites/johncumbers/2019/07/22/impossible-ice-cream-anyone/