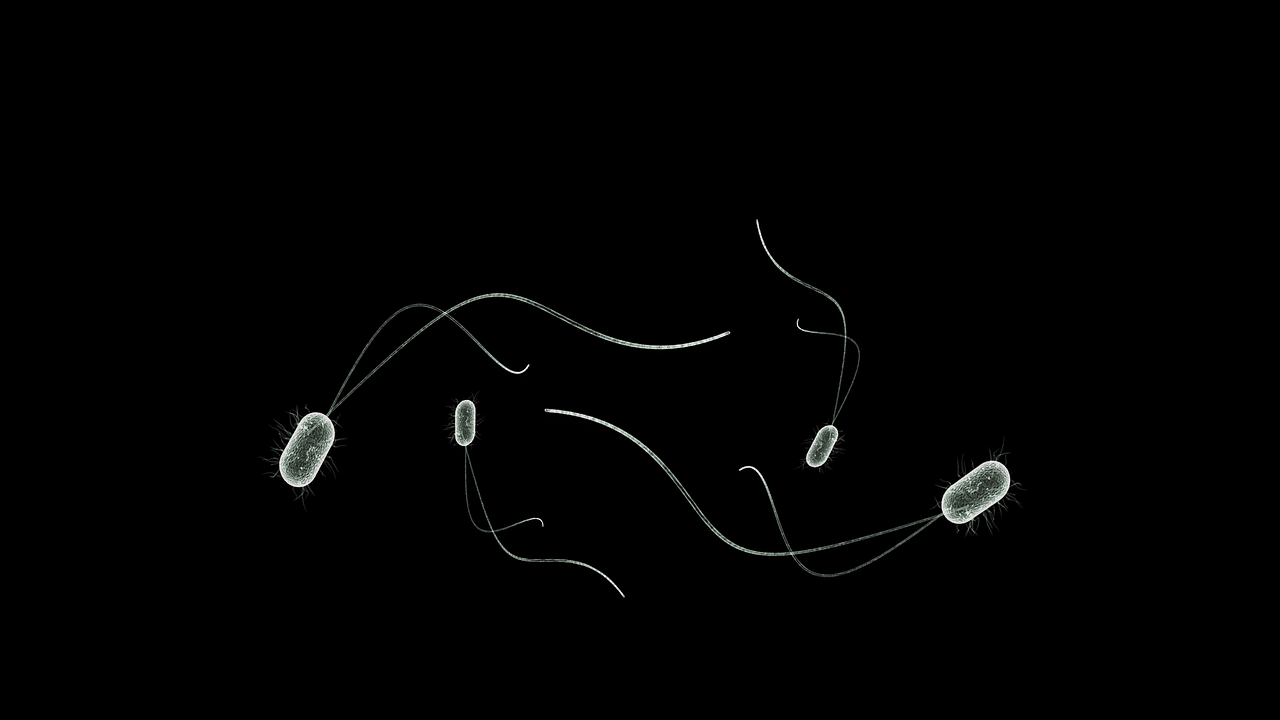 Today, biology is easier than ever to observe but still incredibly difficult to understand. Powerful advancements in DNA sequencing and synthesis have inched scientists ever forward in their quest to “master” biology. But countless challenges still remain.When engineering an organism, most labs synthesize genes, insert them into cells, and see if the desired effect occurs. There are many limitations to this approach; the process can be time-consuming and genes often do not “work” as expected. Many in the field, therefore, now see cell-free systems -- an in vitro tool to study biology -- as a readily accessible approach to prototype genes before they are inserted into a living cell. Cell-free systems possess some crucial advantages compared to living organisms, and they can either be made from whole cell extracts or from individually-purified components, such as the PURE system.Cell-free systems can be used to produce toxins at high yields, unlike living cells, and components can typically be added or removed without consequence, whereas deletion of a protein in vivo might kill the cell. Importantly, several laboratories have also shown that measurements made using cell-free systems closely mirror in vivo results, meaning they can typically used as a rapid prototyping tool for characterizing genetic parts and devices.But many are only now seeing cell-free systems for what they really are: an incredibly powerful approach to dissect complex biological problems that, today, is on the cusp of realizing its full potential. Synthetic biology labs around the world are now leveraging cell-free systems to produce proteins with unnatural chemistries, prototype entire metabolic pathways, and even detect biomolecules of clinical importance in a matter of minutes. And they are just getting started.

Yuan Lu, Assistant Professor of Chemical Engineering at Tsinghua University.As cell-free systems improve and expand the diversity of proteins that can be assembled, Lu’s group at Tsinghua University aims to apply them for broad applications in human health and biocatalysis.While synthetic biologists are adopting cell-free systems to produce proteins decorated with unnatural amino acids, others are eagerly applying newfound capabilities to probe dozens of interacting proteins simultaneously.

Ashty Karim sees cell-free systems as more than a prototyping tool for standalone genetic parts. He envisions them as tools to test entire metabolic pathways. As a Research Fellow and the Assistant Scientific Director in Professor Michael Jewett’s lab at Northwestern University, he understands that, often, metabolic engineers want to convert a readily available molecule to a high-value product, but repeatedly testing metabolic pathways in vivo is detrimentally time-consuming.

Ashty Karim, Research Fellow and Assistant Scientific Director in Professor Michael Jewett’s lab at Northwestern University.To circumvent this laborious process, Karim has pioneered methods for high-throughput pathway prototyping using modified cell-free systems.“Our in vitro prototyping approach utilizes crude E. coli lysates in which genomic DNA and cellular debris are removed, leaving metabolic enzymes and transcription and translation machinery present. The idea is that we can construct discrete enzymatic pathways through modular assembly of these lysates containing enzymes produced by cell-free protein synthesis rather than by living organisms. This reduces the overall time to build pathways from weeks, or even months, to a few days,” says Karim.By creating many cell extracts, each with a single part of the pathway expressed, Karim is essentially making cell-free systems into a modular system that can be used to assemble any desired pathway in vitro. This clever approach, coupled with automation and machine learning, could dramatically expedite the way that scientists test combinations of metabolic pathways. Still, Karim is quick to acknowledge that there are fundamental limits in our ability to apply findings from cell-free systems to living organisms.“One of our goals of being able to build pathways in the cell-free environment quickly is to use the data generated to inform cellular design,” says Karim. “In our most recent work, we are trying to develop cell-free to cell correlations that would allow us to test hundreds to thousands of pathway combinations--varying enzyme homologs and concentrations--in cell-free systems and then down-select a handful to test in cells.”The abundance of data that Karim’s approach enables even extends beyond metabolic pathways; it could also prove useful for creating cell-free systems for clinical biosensing.

Cells sense their environment constantly, responding to signals and carefully actuating their responses. It naturally follows that the brilliant responsiveness and programmability of biology could then be leveraged to sense molecules of human clinical importance. Cell-free systems have made this possible.Paul Freemont, a Professor of Medicine at Imperial College London and co-founder of Imperial’s Centre for Synthetic Biology, has pioneered cell-free systems for biosensing applications, aiming to develop tests that accurately diagnose diseases in minutes, rather than hours.“Our biosensor work has focused on applying cell free systems to design genetically encoded biosensors that measure biomarkers in clinically relevant samples. While many biosensor designs have been shown to work in the lab, few have actually been tested on real clinical samples,” he says. “The exemplar we chose was sputum from cystic fibrosis patients and our biomarker target was quorum sensing molecules from Pseudomonas aeruginosa,” Freemont explains. “To our great surprise, our humble and very cheap cell-free biosensor producing a output showed remarkable correlation with the gold standard …on the same sample.”Not only did the team manage to create a simple, cell-free assay for measuring a specific biomolecule, the approach now offers a method for rapid, portable quantitation of these biomarkers.

Paul Freemont, Professor of Medicine and co-founder of the Imperial College London Centre for Synthetic Biology.“The reason that cell-free systems are preferable to living systems in some contexts is because the assays are cheap, quick, quantitative, scalable to automation, and reproducible. They also offer advantages for biosensing in that they can be freeze dried onto surfaces like paper, are not GM organisms and thus are more acceptable for use in clinical environments and in the field,” says Freemont.In the years to come, we will likely see cell-free systems used increasingly in clinical settings, especially in situations where a rapid preliminary test is desirable. But while unnatural chemistries, pathway prototyping, and on-demand biosensing are already being actively explored in labs around the world, what will cell-free systems be used for in 5 or 10 years?

An amalgamation of disciplines, everything from physics to electrical engineering and mathematics, is what made synthetic biology great. So too are diverse disciplines the recipe for unlocking the full potential of cell-free systems.Yuan Lu, for example, envisions that cell-free systems will be used in fields other than biology. “To make this happen, the cell-free systems cannot just focus on biological transcription and translation,” he says. “To achieve breakthrough development, the cell-free systems need to be highly integrated with materials science, neuroscience, electronic engineering, 3D printing, artificial intelligence, and other next-generation technologies.”Ashty Karim thinks that cell-free systems will increasingly be used for “direct-use” applications. “We will start seeing cell-free sensors as diagnostics in agriculture, defense, and medicine, and we will see biomanufacturing on-demand of therapeutics, vaccines, and commodities,” he says, emphasizing that these advancements are made possible by improvements in extract preparation and cell-free mixes, such as “cell-free systems that can glycosylate proteins and cell-free systems that contain orthogonal transcription factors.”Perhaps the most ambitious application of cell-free systems, exemplified by the Build-a-Cell consortium, aims to construct a minimal, synthetic cell from scratch. According to Paul Freemont, a member of the consortium, this endeavor is not so straightforward, but will be facilitated by cell-free systems. “If we build a series of modules that mimic various aspects of living systems like motility, sensing, and regulation, then the real challenge will be how to interface these various modules to produce a more complex synthetic cell,” he says.Cell-free systems are rapidly expanding the potential of synthetic biology, ushering in a wave of powerful applications not yet realized in living organisms. So as scientists break apart cells to expand the genetic code, probe pathways, and detect biomarkers, others should pay close attention; cell-free systems are here to unlock biology.Learn about the technologies used to go from DNA to protein without the cell and its finicky ways — and how cell-free biology will affect sectors from biopharma to food and beverages, at SynBioBeta 2019, October 1-3 in San Francisco.