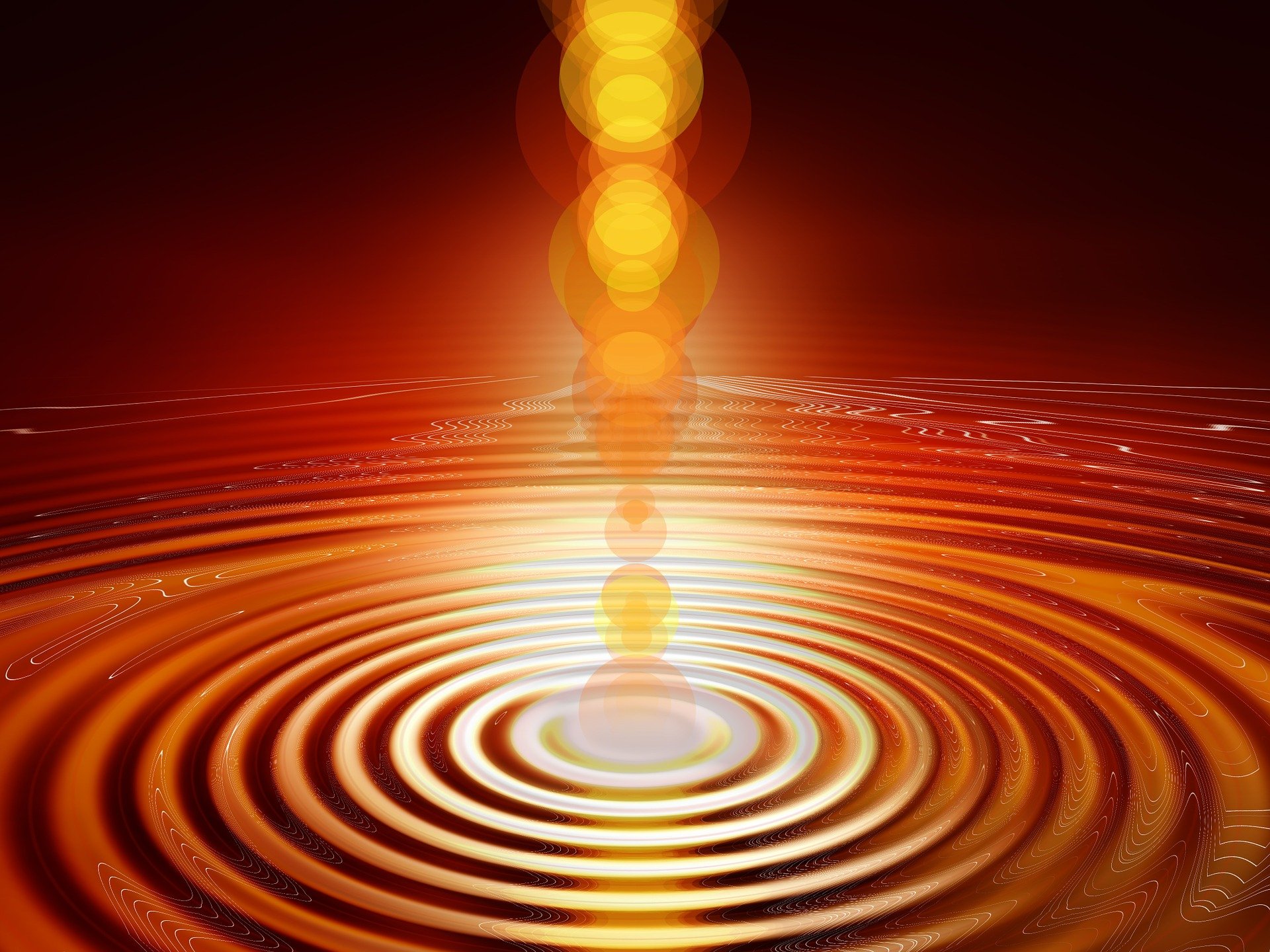 Scientists have just announced an impossible discovery—a new kingdom of life has been found. Previously unknown to science, this 9th kingdom of life, already being called "the 9th wonder of the world," was revealed today by leading proto-life experts, Dr. Bon Zene, and Dr. Guya Zoa, at the Institute of Microbial Discovery and Philanthropy.

Hysunburg are a new class of organisms categorized as “indeterminate life forms.” This discovery fundamentally changes our definition of life. Hysunburg can exist as both a gas and a solid but only one of its physical states can be measured at any given time. Their indeterminate nature or "unknowability" means that the most basic physical manifestations of life, once thought to be fixed, are now a variable function of life itself. "The easiest way to think of this new kingdom is a bit like light," says Zene. "Just as light can be either a particle or a wave but not both, so too is this new Kingdom. It can be gaseous or solid but we can only measure one of these properties at a time."Bon Zene, a quantum microbiologist, and Guya Zoa, a bacterial physicist, have developed AI models to calculate how the first life on Earth was formed. Their groundbreaking discovery of the Hysunburg Kingdom came earlier this December when the team discovered a shocking data anomaly in their deep learning AI engine.

A visual-numerical representation of a Hysunburg life form which researchers expect to hold the key to immortality. Source: Image by Gerd Altmann from PixabayInitially, the research team, which also includes junior summer associate, Jenna Cubits, was leveraging their AI engine to comb through rejected biology papers. The team’s goal was to uncover previously discounted and unscientific discoveries that might explain the beginning of all life. The AI engine’s core, nicknamed BabiLyfe, applies the Schrodinger Cat Learning Model to the Central Dogma of modern biology—the cascade of DNA to RNA to protein. However, late on the night of December 97th, 2020, Cubits was alerted by a loud meow that the Schrodinger Cat model had confirmed seemingly impossible results.Cubits says she quickly called Zene and Zoa, who rushed back to the lab. “It was so incredible,” says Cubits. “We poured over the data all night. It was like there were “fermentation bubbles” in the data, rising to the surface. We all sat in shock for about 30 seconds when we realized what this data manipulation really meant. All this time we thought it was a chicken or the egg problem when the whole time it was a quantum game of cat and mouse.”The implications of the Hysunburg Kingdom are life-changing. Though the analysis that gave rise to these data “bubbles” has not been repeated nor independently verified, Zene and Zoa moved quickly to form a company named HysunMatix Biosciencey. The company’s goal, according to Zoa, is to leverage the Hysunburg Kingdom for its anti-aging potential. As Hysunburg are neither a gas nor a solid at any given time, it should be possible to employ this Kingdom to reverse the effects of aging and eventually prevent them from occurring.“It makes perfect sense that Hysunburg could be the answer to immortality,” says Zoa. “If you treat a patient with a Hysunburg therapeutic, the cancer or bone degeneration or whatever your disease is becomes indeterminate. If the disease that’s killing the patient cannot be verified if it’s there or not, there’s no way it can kill you. It’s as simple as that.”

An algorithmic representation depicting the "unknowability" of a Hysunburg life form. Source: Gerd Altmann from PixabayThe company was quickly brought public by legendary—though controversial—longevity investor, Marcus Longshot. Longshot initially offered $5 billion in seed investment but was met by a muted silence by Zene and Zoa. Longshot quickly recovered and doubled his original offer, inadvertently rewarding the founders' inability to unmute themselves Zoom. But some investors have been slower to jump into the Hysunburg bubble. “As an entrepreneur, Bon Zene seems rather volatile,” says Karl Handelsman, the prescient self-proclaimed early adopter of pre-post-pandemic biotechnology. “Also, a founder should normally never trust an investor planning to live forever. But in this case, the company leveraged this feature through Longshot’s Dr. Whovian SPAC to go public instantly at a $50 billion valuation.”This Special Purpose Acquisition Company was previously scorned for investing in a Pavlov Dog learning model analyzing human burp composition and the cultured mammoth meat company, Mammuty. The first venture quickly folded when it became clear that human burps do not contain a secret microbial language. Mammuty was also put on hold due to paleolithic ethics concerns. What comes next for the Hysunburg Kingdom is still unclear. HysunMatix’s first day on the stock exchange was troubled because their initial trading symbol was the square root of negative one, which is an imaginary number. Nobody could enter the entire symbol to check the stock price.But regardless of the ongoing investment controversies, the implications of the monumental Hysunburg discovery—a potential key to immortality for all humankind—are truly unbelievable. --No really. It’s unbelievable. Check the date. --Yes… Happy April Fool’s!Love, SynBioBeta