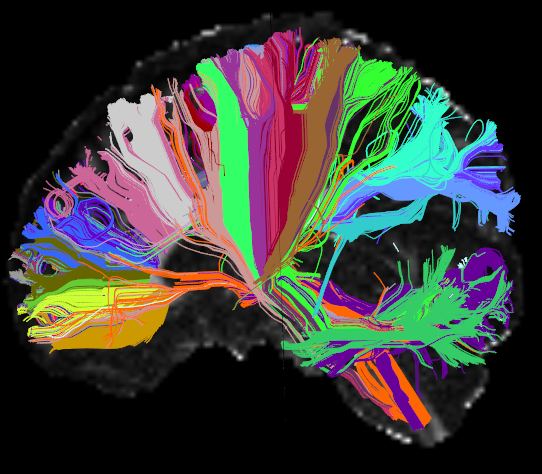 If the COVID-19 pandemic has taught us anything in the last year, it’s the enormous role that antibodies play in keeping us not only alive but well. Antibodies—proteins produced by the body’s immune systems—destroy harmful substances like bacteria, toxins, cancer cells, and SARS-CoV-2, the virus that causes COVID-19. It’s also possible to produce antibodies synthetically, known as monoclonal antibodies. While studies continue at an astonishing pace for ways to prevent, treat, or even cure COVID-19, researchers are discovering that synthetic therapeutics for dementia and Alzheimer’s disease are also showing promise. Some of the key clinical trials for these new therapies, known as anti-amyloid monoclonal antibodies, are coming to an end. Approval of these drugs could soon change the way dementia and Alzheimer’s disease are treated.

Alzheimer’s vs. Dementia: What’s the Difference?

Alzheimer’s disease is an irreversible, degenerative brain disorder that typically affects older adults. As the disease progresses, it destroys memory and thinking skills, and, eventually, the ability to carry out simple tasks. The disease is ranked as the sixth leading cause of death in the United States, but recent estimates indicate that the disorder may rank third, just behind heart disease and cancer, as a cause of death for older people.While Alzheimer’s is the most common cause of dementia—the loss of cognitive functioning or thinking, remembering, and reasoning among older adults—dementia is not a specific disease. It's an overall term that describes a group of symptoms associated with a decline in neural function. Alzheimer's disease does, however, account for 60-80% of dementia cases. Worldwide, the disease kills one in three older adults—more than breast and prostate cancer combined.https://www.alz.org/alzheimers-dementia/facts-figures Unlike other forms of dementia, the root cause of Alzheimer’s may be treatable with monoclonal antibodies.

Current Alzheimer’s treatments aim to counteract the disease by intervening at specific points in its progression. Now scientists are making important strides toward ways to prevent, treat, and perhaps cure Alzheimer’s by using antibodies specific to the amyloid proteins in the brain. Amyloid beta plaques accumulate and damage synapses in the brain, preventing neurons from signaling each other, and ultimately killing them. This loss of signaling corresponds to a loss of neural function, most commonly memory loss. New research also indicates that amyloid beta may damage synapses before plaques are detected. How this protein destroys neurons is still unclear but it is known to be the primary factor in initiating Alzheimer’s disease. Anti-amyloid monoclonal antibodies could selectively target amyloid plaques. Just as a natural antibody fights a virus from replicating in the body, a synthetic antibody could keep amyloids from building up and killing brain cells.

Neurons stained in the lab reveal the presence of tau proteins, seen in red. Source: WikimediaCommons/ Gerry ShawAmyloid beta isn’t the only protein that, when overproduced, links strongly to Alzheimer’s disease.Tau is a protein that helps stabilize the internal skeleton of nerve cells in the brain. This internal tubular-shaped skeleton is critical for brain function, allowing nutrients and other essential substances to travel to different parts of the neuron. But in Alzheimer’s disease, tau proteins can detach from the neuron’s internal skeleton and become tangled with other tau molecules inside the neurons. These molecule chains form threads, ultimately creating neurofibrillary tangles (NFTs), or tau protein tangles.https://www.sciencedirect.com/science/article/pii/S0925443904001619 Like amyloid plaques, these tau tangles can also block signaling between neurons.Scientists believe that Alzheimer’s disease stems from the buildup of these two proteins in the brain—amyloid beta and tau. This buildup is thought to be caused by advanced age and genetic factors. New evidence suggests that complex interactions between these two proteins lead to Alzheimer’s-related brain changes. Increased levels of amyloid plaques are linked to widespread tau tangles. Stopping the buildup of amyloids could prevent tau buildup and potentially halt the neuron damage that results in Alzheimer’s disease.

Synthetically-produced monoclonal antibodies look to play a big part in the next evolution of modern medicine. “The new anti-amyloid antibodies are a breakthrough in our treatment and prevention of Alzheimer's disease,” says neurologist Dr. Scott Turner, Director of the Memory Disorders Program at Georgetown University. “By blocking toxic amyloid accumulation in the brain, the antibodies, given intravenously, preserve memory and cognitive function with aging.”First described in 1975 by G. Kohler and C. Milstein of the MRC Laboratory of Molecular Biology in Cambridge, England, monoclonal antibodies have been used clinically since 1985 when the FDA approved Orthoclone OKT3 (muronomab) for acute transplant rejection. Though the fully-mouse antibody was rapidly rejected by the recipient’s immune system, the use of the therapy gave rise to the field of therapeutic antibody engineering. Since then, it has evolved into a multi-billion-dollar industry that has revolutionized treatment options available to patients for a range of different diseases.“Monoclonal antibodies are genetically engineered—part mouse and part human DNA sequences—produced en masse in cell culture and purified from the culture media for therapeutic applications,” says Turner. “About 30 monoclonal antibodies are already on the market, but none yet are approved for the treatment or prevention of dementia due to Alzheimer's disease.” But that could change this year.

A coronal slice from a patient with Alzheimer’s disease (left), compared with a normal brain (fight). Image: Science Source/Alfred PasiekaThe FDA is expected to decide by June 7 whether or not to approve Aducanumab, a human monoclonal antibody that targets the underlying cause of Alzheimer’s disease. Aducanumab is a monthly intravenous infusion therapy. The drug targets beta-amyloid, or chains of amino acids that are the main component of the amyloid plaques found in the brains of people with Alzheimer's disease.Based on clinical data, Aducanumab addresses the underlying cause of Alzheimer’s, potentially slowing cognitive and functional decline. https://investors.biogen.com/news-releases/news-release-details/biogen-and-eisai-announce-fdas-3-month-extension-review-period If approved, Aducanumab would be the first treatment to meaningfully change the course of this debilitating and ultimately fatal disease.Aducanumab was first created by Dr. Roger Nitsch and Dr. Christoph Hock at Neurimmune, a biopharmaceutical company headquartered in Zurich. Nitsch and Hock developed Aducanumab with a team of researchers at the University of Zurich and licensed it to the biotech company, Biogen. Scientists at Neurimmune began their drug discovery process by studying “super-agers”—people in their 70s and 80s who have the mental or physical capability of their decades-younger counterparts. The team then used these patients' memory B-cells to purify auto-antibodies which can detect and destroy amyloid beta oligomers, small assemblies of amyloid beta protein associated with Alzheimer's disease.

Returning to the Source for Discovery Inspiration

Nitsch has said he drew inspiration for tackling Alzheimer’s disease with monoclonal antibodies from a 2005 paper co-authored by acclaimed Alzheimer’s researchers and close friends, Dr. Rudolph E. Tanzi and Robert Moir, Ph.D. The paper, published in the Journal of Biological Chemistry, reported that super-agers possessed higher levels of naturally occurring auto-antibodies. https://pubmed.ncbi.nlm.nih.gov/15728175/“In his presentations, Dr. Roger Nitsch routinely acknowledges that Aducanumab was originally inspired by our discovery of naturally occurring auto-antibodies that detect amyloid beta oligomers and that the fact that these auto-antibodies afford protection against a risk for Alzheimer’s disease,” says Tanzi. Tanzi currently serves as the vice-chair of Neurology at Harvard Medical School and as a neuroscientist at Massachusetts General Hospital.

Renowned Alzheimer's expert, Dr. Rudolph E. Tanzi. Image courtesy of Dr. TanziTanzi is internationally renowned for his contributions to Alzheimer’s disease research. He originally co-discovered all three early-onset familial Alzheimer’s disease genes and served as the leader of the Alzheimer’s Genome Project. He is also recognized for his work helping to identify the first disease gene for Huntington’s disease and for helping launch the field of neurogenetics. In 2014, Tanzi created “Alzheimer’s in a dish”—human brain cells that, in a petri dish, develop the markers of Alzheimer’s disease. By mimicking the disease in the lab, scientists can more easily study how Alzheimer’s progresses and how it might be managed or cured.Tanzi says synthetic monoclonal antibodies are a promising approach for Alzheimer’s treatment “It’s great that so many companies are going after monoclonal antibodies to clear amyloid from the brain,” says Tanzi. But he also points out that there are still several difficulties in bringing these therapies to the clinic. “These therapies are expensive and can have safety issues such as swelling and hemorrhaging in the brain. The good news is that these side effects are resolvable, and they go away in most patients,” says Tanzi. But he adds that managing these potential side effects can also generate higher costs as patients need routine MRI screenings to catch them.

Next Monoclonal Antibody Candidates Are Already in the Pipeline

Neurimmune and Biogen’s Aducanumab therapy isn’t the only promising monoclonal antibody treatment for Alzheimer’s approaching the market. Biopharma giant Eli Lilly is also developing an anti-amyloid monoclonal antibody that targets a modified form of beta-amyloid called N3pG. During Phase 2 clinical trials, the drug, Donanemab, was shown to slow cognitive decline in patients with early Alzheimer’s disease. https://investor.lilly.com/news-releases/news-release-details/lillys-donanemab-slows-clinical-decline-alzheimers-disease The company began Phase 3 trials in January 2021.Other synthetic monoclonal antibodies under investigation include Gantenerumab, Lecanemab, and Solanezumab. Turner says while these antibodies may be effective in lowering central nervous system amyloid and resulting tau pathologies, “their effectiveness in stopping or slowing progressive dementia remains unclear.”Turner says synthetic biology is changing the way physicians treat memory disorders by treating the cause rather than just the symptoms. “The only FDA-approved drugs for Alzheimer’s disease are small molecules or chemicals,” says Turner. “The anti-amyloid monoclonal antibodies represent a new strategy and a potentially more effective strategy since they target the underlying cause of the disease.”