Could carbon sequestration be the future of agriculture? 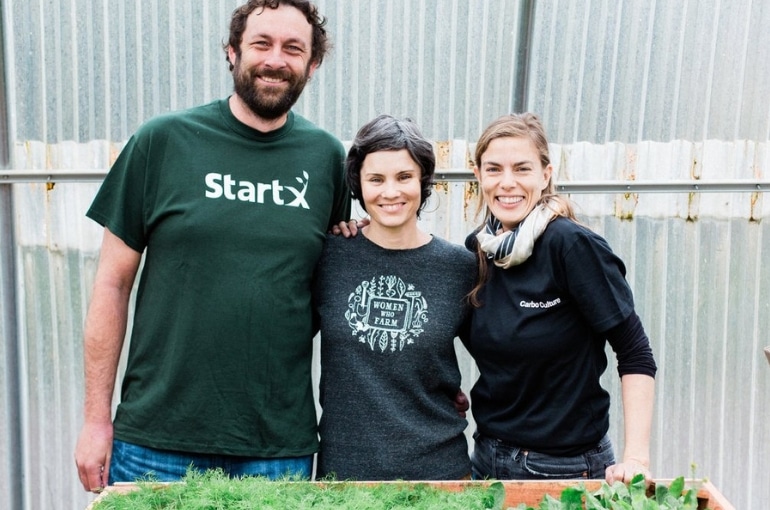 Could carbon sequestration be the future of agriculture?

Across the globe, scientists, innovators, and entrepreneurs are racing to develop strategies to mitigate our climate crisis. One of the most tantalizing solutions is carbon capture and sequestration—removing carbon dioxide from the atmosphere and locking it away it so it doesn’t return. There are many ideas about how to store or upcycle the extracted carbon. One such recent innovation could help bring new life to depleted soil.The concept behind carbon capture and sequestration (CCS) is fairly straightforward. But there are many hurdles between a promising idea and successful implementation. First, there aren’t nearly enough carbon capture facilities to yet make a meaningful impact. CCS also has a reputation for being ludicrously expensive, though recent technological advances have seen prices drop dramatically. But cost and scaling are only half the battle. What’s to be done with the carbon dioxide once it’s been removed? And how can CCS companies turn a profit to fund their operational costs? Solving climate change is as much an economic challenge as it is an environmental one.

Some companies such as Climeworks and Carbon Engineering are pumping CO2 deep underground or turning it into products for the food and beverage industry or for low-carbon fuels. One startup, Carbo Culture, is going a step further, pioneering a product to tackle both agricultural air pollution and soil degradation.The Finnish company, which now operates in California, is skipping carbon capture and going straight to sequestration. California generates and openly burns millions of tons of bio-waste each year. This practice spews large amounts of toxic carbon smoke and other harmful particulate matter into the air. Carbo Culture aims to prevent these pollutants from ever being released. After a €550,000 round of seed funding ($620,000), the company is building a thermochemical reactor to transform food production waste into biochar.Biochar is a stable, carbon-rich solid. Its porous structure makes it highly effective in retaining water and water-soluble nutrients. When mixed with earth, it becomes ideal living quarters for soil microorganisms. Not only does biochar promote microorganism activity, it has also been shown to reduce nutrient leaching and soil acidity. And because it retains water and nutrients, it can also reduce irrigation and fertilizer demands.Biochar isn’t just good for soil-health. It can significantly reduce greenhouse gas emissions emitted from soil, particularly methane, which is 30 times more heat-trapping than CO2. And because it is so stable, biochar can stay in the soil for hundreds to thousands of years, sequestering carbon and maintaining long-term soil fertility. Multiple studies and analyses have examined biochar’s promise for climate change mitigation. Experts estimate the biochar market will be worth $2.6 billion by 2023.

Biochar plays an active role in a balanced carbon cycle.

Biochar is not new technology, not by a long stretch. It has been used in agriculture for thousands of years. The indigenous people of the Amazon Basin used biochar to enhance the poor rainforest soil. The Basin’s soil is so rich, it is now known worldwide by the name it was given by Portuguese colonizers: terra preta, or black earth.Biochar -- like the name sounds -- is created by charring organic matter. To be clear, this is not the same as slash-and-burn agriculture. In slash-and-burn, the organic matter – often vegetation from clear-cut, deforested land — is burned to ash, creating a fertile top layer.Though slash-and-char farming is more eco-friendly than slash-and-burn, traditional biochar production still releases significant greenhouse gas emissions. Slash-and-char utilizes pyrolysis, or thermal decomposition, to turn biomass into carbon-rich residue. This is achieved by burning organic matter while keeping the oxygen content low, traditionally by covering it in a layer of soil and letting the smoke vent through. The resulting biochar is then mixed into soil to create terra preta.Carbo Culture’s strategy brings biochar into the 21st century.For every ton of biochar Carbo Culture creates, they sequester three tons of CO2 that would have been released into the atmosphere, the same amount of CO2 stored by 3.5 acres of U.S. forest stores in a year. Their novel technology, which “ultra-rapidly chars” biomass, is easily transportable and can be taken on-site to businesses like vineyards or nut-processing facilities. Their product is currently being used by farm suppliers, cities, and university campuses.Carbo Culture aren’t the only ones pushing for a biochar revolution. Multiple companies such as Biochar Now (Colorado), Oregon Biochar Solutions (Oregon) and ECOERA (Sweden), are all working to turn agro-waste and logging residuals into biochar.Biochar shows great promise, especially as carbon capture and sequestration techniques gain popularity. But there is no magic bullet to ending our climate crisis. Carbon sequestration, stable soil health, synthetic fertilizer reduction—these are just a few of the strategies needed to keep our planet from passing a point of no return. But if we can develop and scale these tools effectively and employ them as integrated parts of a whole, mitigating climate change could become humanity’s greatest innovative and collaborative achievement.Join us October 1-3 in San Francisco to see how synthetic biology is disrupting the future of agriculture. Register now!