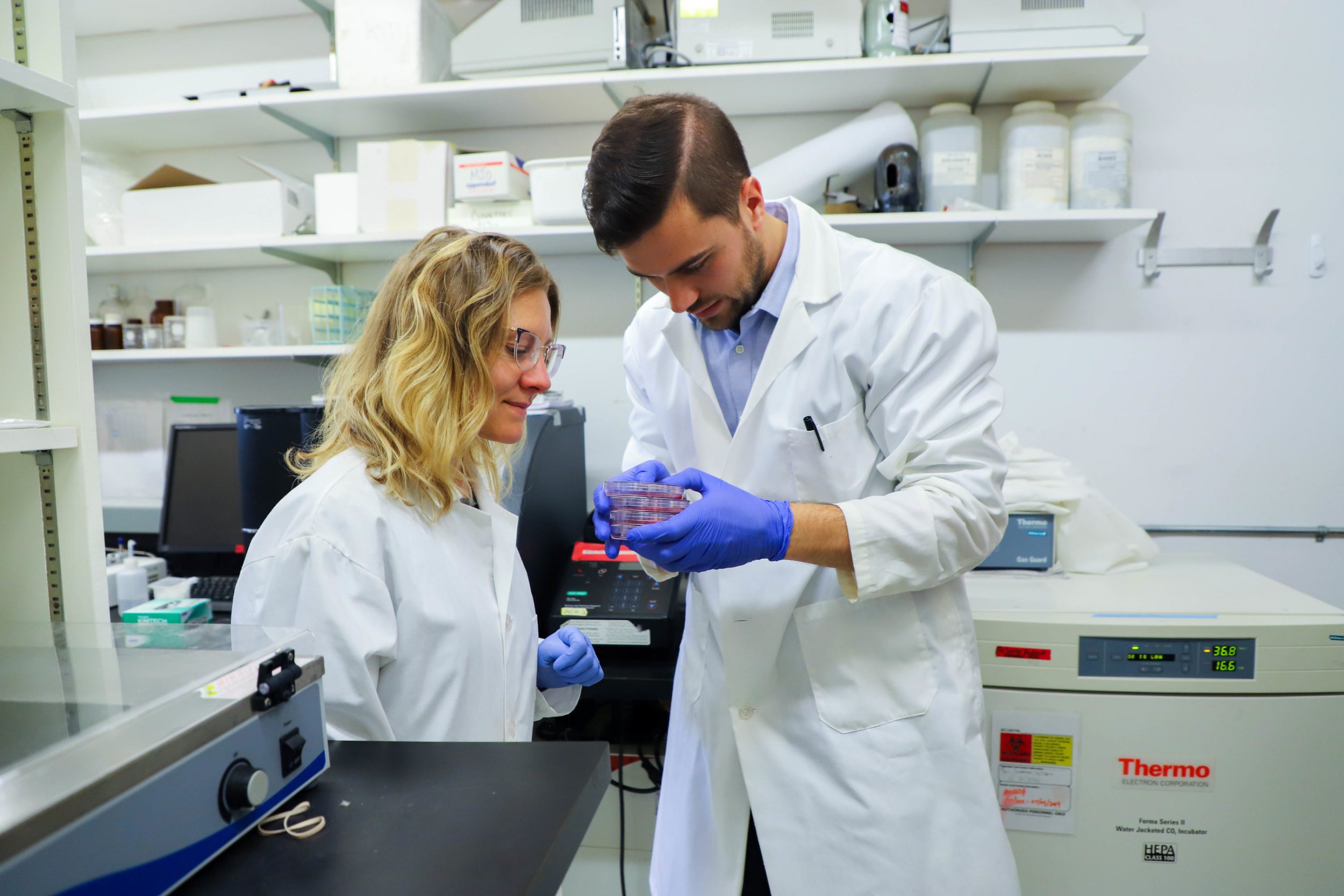 PHILADELPHIA, Oct. 29, 2019 /PRNewswire/ -- Because Animals Inc., a bioscience startup making pet food without animal meat, is thrilled to officially announce they have closed their seed round of funding with investment from KEEN Growth Capital, Draper Associates and SOSV.These partners bring years of experience building, launching and supporting world-changing startups and immensely successful CPG brands, and their support will be key to achieving the company's ultimate goal of delivering cultured meat pet food to the marketplace by 2021.Because Animals, the Cultured Pet Food Company™, launched their first product, a cultured probiotic supplement, in 2018. The all-natural, human-grade supplement, one for cats and one for dogs, contains over 250 million probiotics per gram. The health benefits of this bacterial strain have been reported by over two dozen peer-reviewed research papers, with findings that the probiotic can help support improved digestion and immunity.Last week, Because Animals announced the pre-sale launch of their certified organic, human-grade dog cookie, Noochies™. Their inaugural dog treat was named after its star cultured ingredient, nutritional yeast, commonly known as Nooch by its human fans. Nooch is well-loved for its rich, cheesy, umami taste and its high content of B vitamins and sustainable, complete protein.Most significantly, the company's marquee product, a revolutionary line of cultured meat pet food products, will be released in 2021.Earlier this year, Because Animals announced their success in creating the world's first cultured meat pet food made from cultured mouse tissue, the ancestral diet of the cat. Because Animals' cultured meat will be grown without the use of antibiotics, growth hormones, and without contributing to the animal cruelty associated with traditional animal agriculture.Because Animals is also the first company to create cultured meat technology in pet food without using the controversial fetal bovine serum, or FBS.FBS is controversial because it involves the inhumane practice of extracting blood from pregnant cows at slaughter. Because Animals has developed a proprietary media that provides the nutrients and growth factors needed for tissue to grow, all without the requirement of FBS.While cultured meat is not only more humane for farmed animals, for pet parents it means a safer and nutritious alternative to current commercial pet food made with factory farmed meat. Every year, the Food and Drug Administration issues recalls on pet food for reasons that include contamination by the animal euthanizing agent, pentobarbital.And, if safer pet food and more humane treatment of farmed animals isn't enough, cultured meat also promises to be more environmentally sustainable than current commercial pet foods, where a recent study has shown that more than a quarter of the environmental effects of factory farming are directly attributable to pet food.Because Animals, an ecommerce, bioscience startup, was first launched in December 2016 by Dr. Shannon Falconer and Joshua Errett, MBA.To learn more go to becauseanimals.comMedia Contact:
Samantha Grice
228011@email4pr.com
647-866-5853SOURCE Because Animalshttps://www.prnewswire.com/news-releases/cultured-meat-startup-because-animals-closes-seed-round-300947002.html