Digitizing biology and scaling precision medicine companies: the role of enabling technology and the right capital 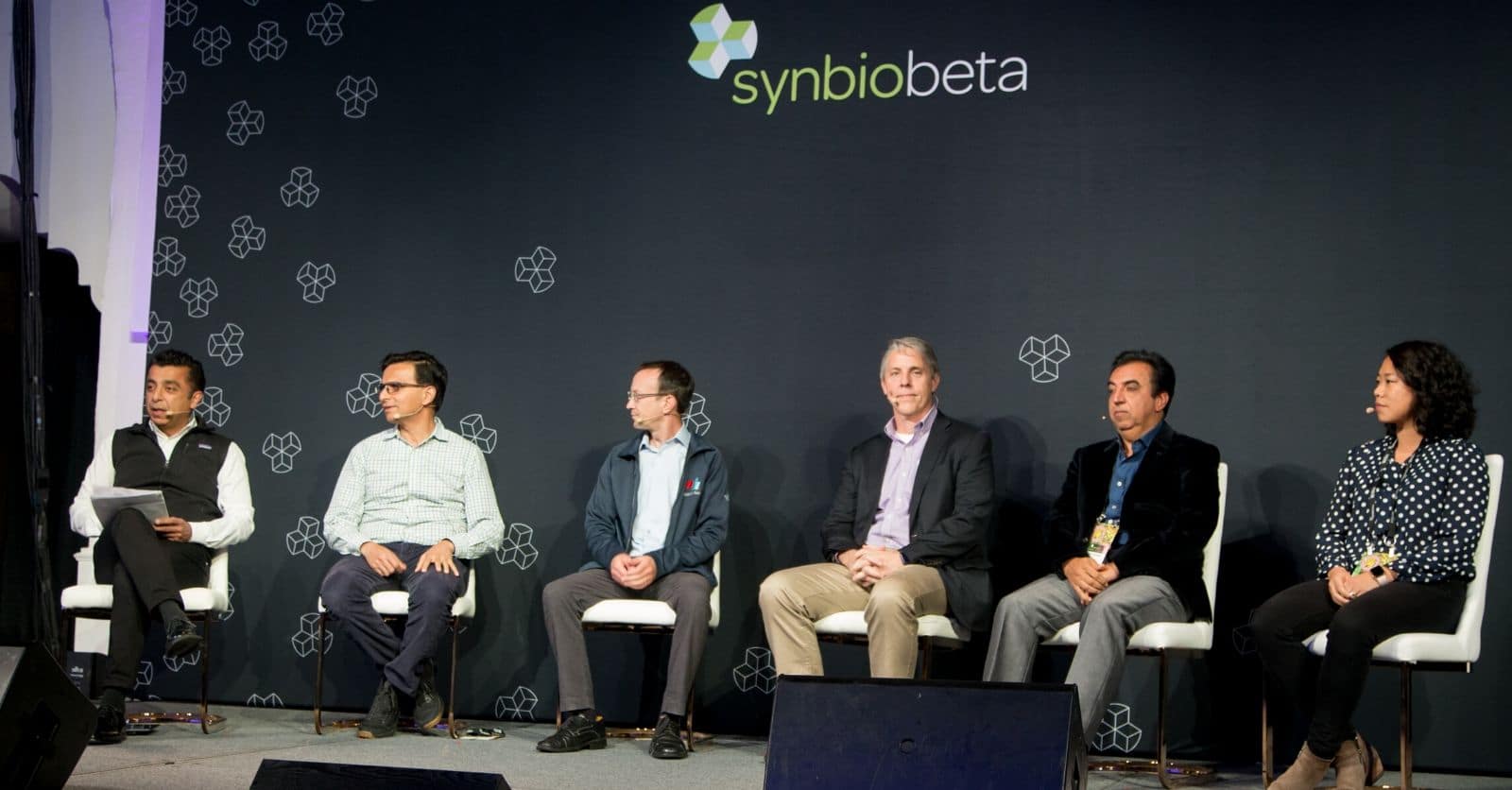 Digitizing biology and scaling precision medicine companies: the role of enabling technology and the right capital

“Digitizing biology has enabled us to think about healthcare in a whole new way. If we tailor a person’s wellness to their individual body’s nuances -- specific gene mutations, how they react to specific diets -- that person will get sick less often. And with the capabilities companies are now developing, if that person does get sick, we will be able to obtain a fast precise diagnosis and provide the right medication. This isn’t just precision medicine, it’s precision everything. It’s precision health.”These are the words of Ursheet Parikh, Partner at Mayfield, a top tier Silicon Valley venture capital firm. Parikh has seen his fair share of companies seeking to break into this new market. It’s an area unlike anything entrepreneurs have tackled before, but just like any other company in any other industry, effective scale-up is a crucial component of success. At a standing-room-only panel session at SynBioBeta this past October, Parikh was joined by Wilson Sonsini Goodrich & Rosati Partner Raj Judge, for a conversation with four leaders of companies that have successfully scaled and are heading the charge to make the promise of digitizing biology a life-changing reality.Charlie Silver, CEO of single-cell DNA sequencing company Mission Bio; Jeff Huber, Founding CEO and Vice Chairman of GRAIL; Mostafa Ronaghi, CTO of global sequencing leader Illumina; and Janice Chen, co-founder and CRO of CRISPR-based diagnostics company Mammoth Biosciences shared their experiences scaling companies developing the leading technologies in the life sciences and precision medicine spaces. And while they all had unique experiences and points of view, they all converged on one unifying theme: accessing and effectively using capital was one of the most important contributors to success for every single one.

A capital landscape steered by technology

To successfully acquire capital requires understanding the funding landscape: how it’s changing and why. According to Judge, one of the biggest agents of change has been the enabling technologies resulting from the intersection of traditional biotech and the life sciences. This has lead to near limitless possibilities for creative entrepreneurs.“We are in the midst of a big revolution, and the field is super exciting, as people think about how to leverage technology and push the applications space in synthetic biology to so many different applications,” agrees Ronaghi. “While exploring applications for Illumina’s technology, I haven’t seen two identical applications. The breadth of genomics and what people are thinking about how to use genomics to benefit society blows me away.”One thing people are thinking about a lot is CRISPR. According to Chen, it has been the technology propelling the field forward by creating a mammoth (no pun intended) movement around new gene-editing tools and technologies.“What the field has recognized is that CRISPR is not just a single protein -- so looking at it from the viewpoint of the biological diversity around what CRISPR actually is, you recognize that the kind of tool you can build from what nature has already provided is pretty astronomical,” says Chen.And revolutionary tools like CRISPR are attracting an entirely new class of investors.“Traditional biotech attracted a very unique group of investors, the passionate, self-interested investors that put money into breakthrough technologies and companies with a longer time to fruition and higher risk,” explains Judge. “As biology gets more and more digitized, you have easier and faster pathways to some sort of liquidity, which attracts more and different investors into the space.”Investors like traditional tech investors Bill Gates and Jeff Bezos, who were early investors in Huber’s Illumina spin-off company GRAIL.The goals of investors have also changed as technology and biology have converged.“The innovation ecosystem in the 70s and 80s was funding next generation healthcare companies like Amgen and Genentech, which were built to be lasting companies. In the 1990s, the technology returns became much bigger, so investments in biotech and healthcare moved toward quick acquisition into large companies as the primary exit path. What you now have is this dynamic where healthcare services attract investors from private equity that like businesses that can be acquired and sold for a profit within 3 years. At the same time, traditional biotech investors are funding companies that build a product, get some initial trial data in, and then exit.” says Parikh.But this isn’t going to cut it, he says.“For this next generation , it’s very important for entrepreneurs and investors to be aligned on making companies for the long haul.” And, he says, it is critical for founders to make sure they are attracting the right investors.“Entrepreneurs need to be very clear about what is their mission, and then find people aligned on that mission. For example, if your mission is to build a big lasting company to take an invention and save the maximum number of lives possible, but then you end up bringing an investor on board who's really focused on one clinical indication and wants an exit in three to five years, you’ll fundamentally set up a disconnect in the stakeholders in the company,” he says.

It’s important to remember that for companies in this space, angel and VC dollars aren’t the only source of capital. Companies like Illumina, Mission Bio, and Mammoth Biosciences were built on technology first developed in the academic laboratory.“There's an important role for academia in really thinking about these wild questions and understanding the physical world,” says Chen. “It has made a huge return as far as the new technologies we have today,” she says. CRISPR, of course, is a prime example.But, as Judge reminded the panel, VCs aren’t interested in funding academic research. Nor should they be, say Parikh and Silver. Their role, instead, is bringing proven science to market as a commercialized product. So, who foots the bill for the academic research that gives birth to groundbreaking new ideas?The government.Mission Bio’s early development was built solely upon millions of dollars worth of SBIRs and government grants (to them and their collaborators), and according to Parikh Mission Bio is a fantastic example of a company that leveraged government funding to its fullest. Silver himself calls Mission Bio “a poster child of how government funding should work.”“Government financing supports the basic research to show something is viable or possible,” says Parikh, adding that “when something becomes viable or possible, that is still not a product, there is still a long journey to make something real and bring it to the world. Venture investors take the science and make it into a product and commercialize it.”

Use your funds wisely

Using funding appropriately is hugely important, and it’s directly related to Mission Bio’s success.“Mission Bio is among the fastest moving innovators in their sector. And whenever they need to innovate, they innovate on something that starts out looking like fundamental science, and a lot of the fundamental science support comes from grants. They actively seek out government grants, and their platform itself enables a lot of the basic research, so they help their customers tap into government grants, too” says Parikh.But this isn’t true only of government funding for early technology development. This is also critical when using VC capital to scale your company. And, in the end, no matter where your funding comes from, giving investors more bang for their buck makes them all the more motivated to supply more capital.Enabling technologies and the right capital used right are only two (incredibly important) parts of the precision medicine company’s successful scaling story. Parikh is careful to point out the importance of a good foundation and a workable business model. And all of the panelists are intimately familiar with bringing in the right people at the right time. Together, these considerations help build a culture supporting companies built to last. And built to last companies bring lasting change.This is the first in a series inspired by the Digitizing biology and scaling precision medicine companies session at SynBioBeta 2019, sponsored by Mayfield.