Finding a Needle in the Cancer Haystack 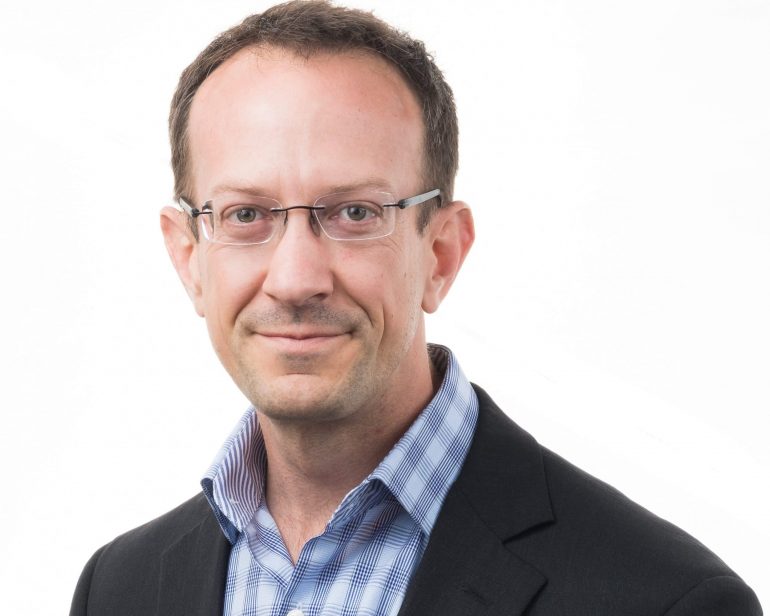 Finding a Needle in the Cancer Haystack

Mission Bio recently announced a $30+ million Series B funding round to scale up their single-cell DNA analysis platforms and expand into global markets. Mission Bio uses microfluidics, droplet PCR, and custom barcoding to enable researchers to uncover tumor heterogeneity with their line of targeted panels, leveraging the technology for cancer diagnostics. Their single-cell DNA analysis platform, Tapestri, is used in cancer centers across the United States. After announcing the Series B funding round, CEO Charlie Silver talked with SynBioBeta about Mission Bio’s next steps – including their plans to break into the CRISPR market.In a field like synthetic biology – where one cell out of a million might possess a desired behavior – resolution matters. The closer (and faster) cells are analyzed, the better our ability to observe a given behavior or mutation. With recent advancements in single-cell technologies, individual cells from a mixed, heterogeneous population can now be analyzed one at a time to tease apart their quantitative attributes in record time.Take cancer as an example, where single-cell resolution could mean the difference between life and death.As a tumor grows and wreaks havoc in the body, the millions of cells within its mass mutate. A standard diagnostic procedure – the tumor biopsy – involves removing a small sample of cells from the tumor and sequencing them. Based on these results, the clinician decides upon a best course of action for each patient. Unfortunately, this approach omits a critical part of the picture.“Next-generation sequencing takes all of the DNA out of a biopsy and averages it on the sequencer,” says Charlie Silver, Co-Founder and CEO of Mission Bio. “We have a way of looking at those mutations in every cell, one at a time, so you can see the key driver combinations and understand dynamically how to treat the patient based on combinations of mutations in the different cell populations.”Located in the heart of south San Francisco, Mission Bio is advancing single-cell DNA technologies for precision medicine and synthetic biology. But why is single-cell resolution so important for analyzing mutations in a tumor?

“Very often, the cancer cells that kill you are not the ones you’re being treated for,” Silver explains. “In other words, you’ll treat the disease, but then it’s a different population that comes back to relapse. It’s very important to know how the disease responds to treatment as quickly as possible so that you can change treatment based on those rare cells that are left afterwards.”

Identifying the cells that are likely to re-emerge from a tumor was a feat considered nearly impossible just ten years ago – but new methods developed by Mission Bio are making the identification of these “needles within the cancer haystack” part of the cancer screening routine.The company’s main platform, called Tapestri, is a cubic-foot box that packages individual cells in microscopic droplets, lyses the cells, digests the genetic material and then amplifies the contents while adding a unique barcode for each cell. Each barcoded cell is then sequenced, enabling incredibly rare mutants among many millions of cells to be identified and analyzed. The Tapestri platform also includes reagents, targeted amplicon panels and software for downstream analysis and visualization of sequencing data.https://youtu.be/N3I5AvoWya8“We’ve had customers all over running the platform and identifying, in retrospective studies, these rare couple of cells…in some cases, 1 or 2 cells out of the thousands that they’ve sequenced, that are representative of the clone that ultimately relapses.” says Silver.But advancing precision medicine is a result, not a starting point. How was the technology developed in the first place?

Scaling Down the Test Tube

Mission Bio emerged in 2014 from research at the University of California – San Francisco (UCSF) in Adam Abate’s lab. The Mission Bio team includes some of the top talent in the microfluidics field, which they have leveraged to develop advanced technologies for droplet-based PCR and single-cell sequencing.Researchers in the Abate lab were keen to test if there was a real way to push the needle forward in precision medicine using their expertise. “We recognized at the time that there are really interesting problems to be solved across basic biology, but especially across human health…by scaling down the size of the test tube and scaling up the throughput of your reactions,” explains Silver.

To demonstrate the advantages of single-cell DNA sequencing for health applications and spin the technology out of the lab, the team got up and running with industry partners early on.“The very first thing we did when we were spinning the company out of UCSF was to bring together industry contacts to run real-world samples on the breadboard platform that we had running in the lab. By the time we spun it out of UCSF, the technology was robust enough that we could run real clinical samples on the breadboard technology and deliver results back to our industry partners,” explains Silver.Those proof-of-concept studies paid off and soon, investors and scientists alike were eager to contribute to the emerging wave of single-cell technology being developed at Mission Bio. Silver recounts that many of the team members recruited to Mission Bio share the vision that single-cell technologies are “the next frontier in genomics, behind microarrays and next-generation sequencing.”In February 2017, Mission Bio raised a seed round to develop the Tapestri platform. As the company had already demonstrated their breadboard technology on real-world samples, the seed round pushed the company through feasibility testing, the first instrument builds, and eventually through the first placements into customer hands. By October of that year, Mission Bio closed a $10 million Series A round, which enabled the team to fully commercialize the technology, finalize the product, and launch the platform. After commercializing Tapestri, the platform was soon adopted by leading hospitals, including MD Anderson in Houston, Fred Hutchinson Cancer Research Center in Seattle, and the Helen Diller Family Comprehensive Cancer Center at UCSF.Mission Bio has since continued to expand, closing a $30 million Series B round in December 2018. Silver was exuberant, stating, “We were very excited to close the Series B, and that round is really all about our commercial scale-up. We’re now adopted by a lot of the leading cancer centers in the …and with the use of funds out of the Series B, we’ve begun global expansion.”But while the company extends outwards, so too are they looking inwards, continuously developing products that push the single-cell technology to its veritable limits.

Building the Future…One Cell at a Time

While Mission Bio has developed targeted panels for tumor hotspots and myeloid disorders and is set to release a panel for chronic lymphocytic leukemia for the Tapestri platform, Silver does not see the progress ending there. He envisions single-cell technologies being used in a wide range of industries around precision medicine, all with a common goal of advancing human health.“A lot of the early work was in cancer, but what we’ve found over the last year or so that we’ve been on the market is that, once you can target cells with single-base resolution to look at cancer mutations, that same technology is really important for looking at synthetic mutations,” says Silver. The CRISPR field was quick to notice.In the last year, a growing number of scientists have asked Mission Bio to develop custom panels for CRISPR validations. At single-cell resolution, these scientists can determine how a given set of gRNAs lead to different edits within individual cells in a large population.For Silver, this is a logical extension of the platform. “We are extending very rapidly to enable the cell therapy space around these CRISPR-edited therapeutics to get really sensitive, confident validation in what they have done,” he explained.Regardless of application, single-cell technologies are changing the way that both medicine and synthetic biology will be done in the future. By analyzing cells individually, their distinctive qualities can be observed in stunning detail.In science, earlier is better. But in the never-ending quest to see something new, there is rarely time to stop and think about all the tantalizing facets of biology that go unobserved because of a lack of resolution. Single-cell technologies may solve this problem by shining a spotlight on cells, one at a time, as the relentless search for needles in the haystack continues.