From One-stop Lab Platforms to Bio-based 3D Printers: This is What Robotics and Hardware Can Do for Synthetic Biology 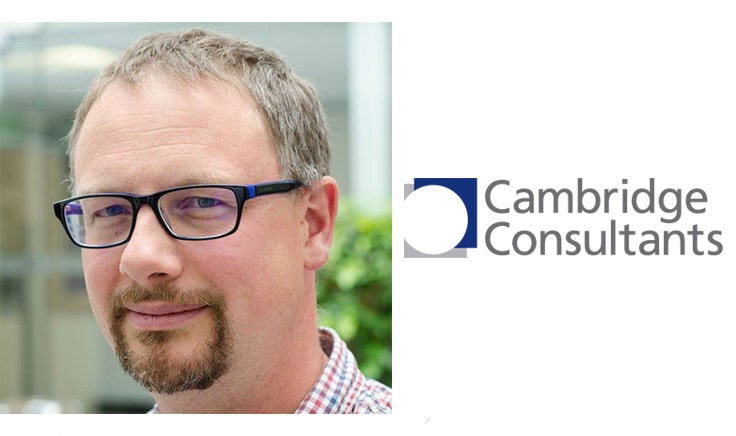 From One-stop Lab Platforms to Bio-based 3D Printers: This is What Robotics and Hardware Can Do for Synthetic Biology

Robots that once seemed outrageous in science fiction have now become commonplace in ways not even the best writers or movie directors predicted. We may not be walking around with droids in our toll, but robots – the faceless, production-oriented kind – have already become industry standards in almost every field. Automatization, digitalization and dematerialization are some of the trends making modern technology leap in an unprecedented manner. Is synthetic biology lagging behind, or will we be able to incorporate these tools seamlessly into it?

This is what the pioneers of SynBioBeta London 2016’s Robotics and Hardware for Synthetic Biology session have bet on to make the most out of this technology.

Biotech should be available to everyone. This seemingly simple statement encompasses Bento Bioworks, a company that has built the first complete DNA laboratory in the market, suited to both professionals and beginners. Bethan Wolfenden, Co-Founder, will introduce us to Bento Lab, the company’s signature product. This tabletop lab comes with a PCR machine, a centrifuge and a gel electrophoresis box and power supply with blue LED transillumination.

Synthace is on a mission to optimize universal bio-productivity, starting with R&D efficiency (appropriately dubbed “the fordism of research”). Armed with Antha, the company’s open-source language for codifying biological unit operations, Synthace is able to navigate the inherent complexity of biological systems to generate better insights and more optimized interactions. Antha provides an unambiguous description of working practices that can be translated into automated execution of hardware, while building a robust information corpus to train future AI systems. In the words of Synthace’s founder, Sean Ward, “We see Antha, and the ability to translate digital designs into the physical world, as the missing link to enable to true power of AI advances to be brought to bear on biological complexity.”

Biorealize is developing an automated lab to design, culture and test genetically modified organisms. Their Microbial Design Studio streamlines the design of microorganisms to be used as macromolecule-producing factories, but perhaps the most interesting application of this invention is the possibility of creating a networked tool for running experiments in a distributed way. “It is rather a gateway to a community where many disciplines can work together on interesting challenges” says Founder Orkan Telhan, “even broadening participation in citizen science initiatives”. This connection of non-traditional audiences sounds like a keystone enabler for a democratized science approach.

The dream of a multi material 3d printer is now a reality thanks to the work of Ourobotics. Be it bioprinted organs, lab grown meat and custom-made medicine, the Revolution Multi Material 3d bioprinter could be the first stepping stone to finally combining biotech and digital fabrication. CEO Jemma Redmond’s vision for augmented tissues and implants the coming years is a futurist’s dream: “This technology will become as common as mobile phones and as we upgrade now our phones and computers, we will do the same with ourselves”. Looking forward to that extra RAM the future keeps promising.

Sphere Fluidics’ analytical instrumentation and collaborative research services are focused on helping their clients find the proverbial needle in the hay of biotech: single valuable variants within large cell populations. From their industrial systems to their instruments and consumables, the company leverages the power of digitalization and automatization to generate systems that are both optimal and flexible, as we will hear from Xin Li, Sphere Fluidics Principal Scientist.

One-stop platforms for nanoparticle delivery. This is Precision Nanosystems’ promise with the NanoAssemblr, which enables controlled, bottom-up molecular self-assembly of nanoparticles via custom-engineered microfluidic mixing chips. CEO James Taylor explains that PNI’s invention breaks the nanofabrication tradition of favoring top-down approaches with high-energy methods in favor of continuous flow microfluidic reactors that allow controlled millisecond mixing of nanoparticle components at nanolitre scale. “PNI’s NanoAssemblrTM Benchtop allows scientists to rapidly develop novel nanomedicine drug candidates for pre-clinical testing, (while) PNI’s Scale-up platform enables the translation of these drug candidates to clinical testing and eventually to commercial use.”When we think about the future, we may need to leave behind our current notions of robots to accurately predict what Lab Robots will look like, which quite likely won’t be multi-joined arms shuffling plastic and reacting to XYZ coordinates. “Lab robots in the next ten years will not be recognizable as a robot as most people understand them,” says Richard Hammond, Technology Director at Cambridge Consultants and moderator of this session. “We will have sophisticated integrated fluidic-based systems, closely integrated to micro-electronic technologies that control and automate the core engineering-of-biology development processes from the micro to macro scale… without needing to slowly shuffle plastic around”.Mark your calendar: this SynBioBeta London 2016 session is programmed for Thursday, April 7th at 3pm, which is being sponsored by Cambridge Consultants.