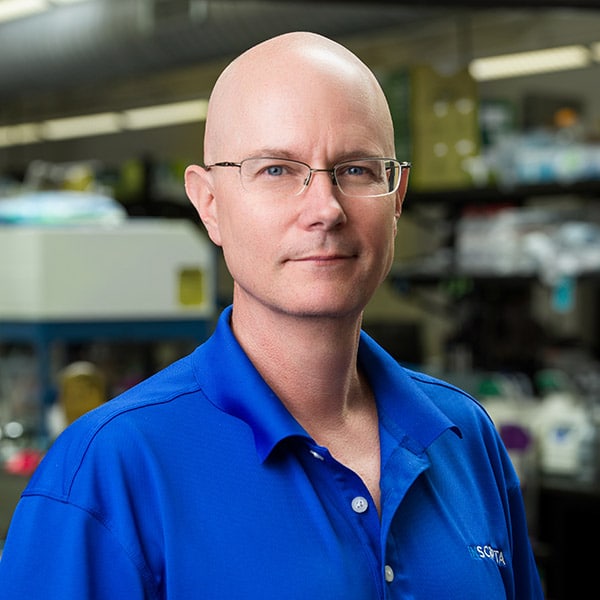 Richard Fox might be the world’s ultimate power user in computational biology, and when he heard about Inscripta’s new technology, he couldn’t wait to have it. So he joined the company.“We’ve been tinkering up to now,” he told me, limited by the two kinds of gene editing tools now available: tools that can edit thousands of genes with very limited edit types like knockouts, and tools that can edit a single, specific region with base-pair precision. “Both are great, but we want to open up a much richer variety of edit types across the entire genome.”Inscripta’s platform -- which will be unveiled at SynBioBeta 2019 on October 1-- promises that researchers will not have to choose between depth and breadth of genome editing, with the ability to insert, swap, or delete elements like promoters, terminators, transcription factor binding sites, and other large motifs anywhere and everywhere. “It's the combination of the number of targets across the genome coupled with a high variety of edit types -- a quadrant that heretofore has been accepted as inaccessible by researchers.”It’s an ability that Fox and his fellow protein engineers had dreamed about for years. As Inscripta’s Executive Director for Data Science, he brings his passion for applying technology to big, important problems. “It's really about taking the technology and applying it to interesting problems to stimulate the field and fuel their imagination,” Fox says.Having a wide variety of edits throughout the genome isn’t enough, though. You also need very high editing efficiency -- as much as 20%-50% of cells need to be edited, compared to one or a few percent we’re achieving with today’s technologies.“On a 96-well plate, if only one thing is edited, that's just an extreme waste of your screening throughput,” says Fox. But if, say, 40% are edited, then your odds of success increase dramatically. He explains that when there’s a mistake that leads to non-cutting -- either in the design or manufacturing of the reagents -- those cells grow fat, dumb and happy, while the cells of interest that have undergone the very insulting editing process get delayed by one, two, or more logs. “They get outcompeted big time in a pooled setting,” says Fox.Once you have high edit rates, you also need traceability. Inscripta’s platform does this by adding a barcode to the editing cassettes. “Once you carry out your editing,” Fox explains, “you can do selections where you're looking at all the edited cells competing with each other and read back with next-gen sequencing the frequency of the barcodes. So you can ask, which edits are being enriched or depleted in the population?”