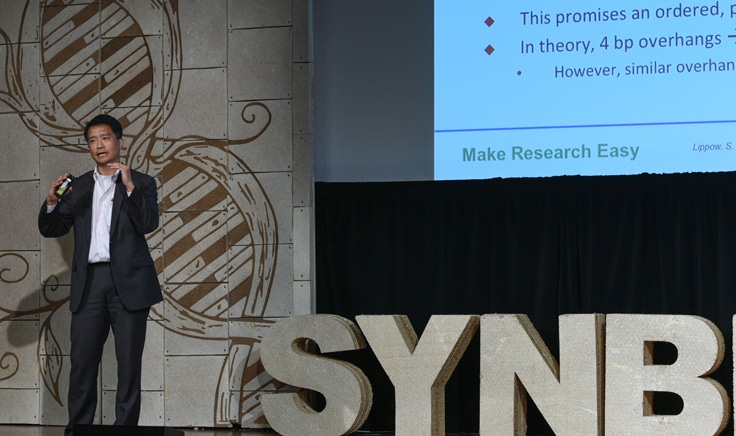 GenScript, the Kleiner-backed gene synthesis company based in New Jersey and Nanjing, recently announced that they completed an initial public offering in Hong Kong, selling 400 million shares and raising $67.2 million. The company is a leader in the field of synthetic biology, offering services that empower researchers from gene synthesis to recombinant antibodies to CRISPR products. Vice President Jeffrey Hung commented: “The IPO went very well, it was overbooked. We are also pleased that China Resources (Holdings) Co. Ltd, a top Fortune 500 company, took the opportunity and became a strategic partner and investor of GenScript.” The stock exhibited a 10% pop in initial trading, before closing at just under its issuance price.

GenScript CEO Frank Zhang commented: "These funds enable us to significantly improve the ways we serve biopharmaceutical and synthetic biology companies and researchers around the world, improve how research is conducted, and address some of humanity’s most difficult healthcare challenges.” He added "The global markets for gene synthesis and biologics, including antibody and protein drugs, are growing rapidly. The growth of emerging markets such as China and countries in Asia-Pacific is particularly strong. It made sense for us to go public in this market." GenScript’s gene synthesis service caters to many different niches when it comes to synthesis needs. If speed is desired, they can deliver a sequence within four days, while researchers on a budget can get their DNA synthesized for $0.23 a base.

Importantly, their GenBrick product allows for the synthesis of complete genes, up to 15 kb long. This is very useful for researchers looking to use novel genes that cannot be obtained easily from lab stocks. Using GenBrick, they can be sure that they are using the correct gene, codon optimized for their organism of choice. This service is especially useful in the fields of metabolic engineering and industrial microbiology, where researchers often need to integrate heterologous genes into their system, in order to open up new metabolic pathways. In addition, the technology behind long gene synthesis will have a very large impact in the building of synthetic genomes, a long-time goal of the field.In addition to their role in enabling researchers to use synthetic biology technologies, GenScript, has been very active in the synthetic biology community. They participate in numerous consortia, like the Sc2.0 International Consortium, whose goal is to build a designer synthetic eukaryotic genome. In addition, they are a member of the International Gene Synthesis Consortium, which allows gene synthesis companies to block the synthesis of dangerous gene sequences. “The benefit of being in a consortium is to conduct concerted efforts with other gene synthesis companies in the field to reinforce the appropriate practices in ensuring biosecurity”, said Jeffrey.GenScript was founded in 2002 in Piscataway, New Jersey, and is now headquartered in Nanjing, China. Their initial investors include Kleiner Perkins Caufield & Byers, The Balloch Group, and Shipston Group Limited. Haitong International Capital Limited served as the sole sponsor of the IPO, with Haitong International Securities Company Limited and J.P. Morgan Securities acting as the joint global coordinators.