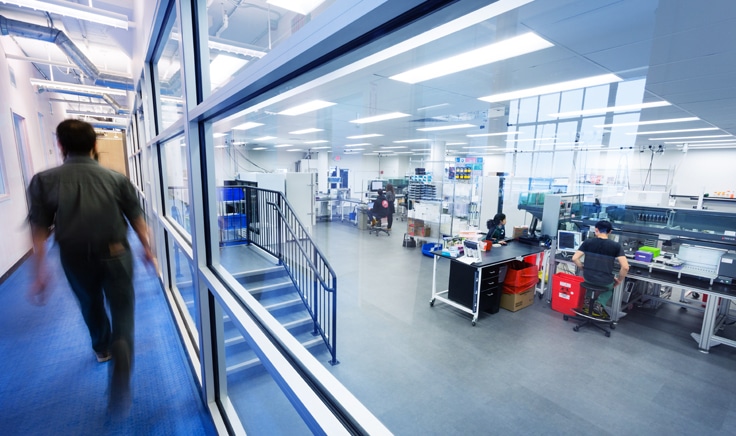 Today at the SynBioBeta Conference in San Francisco, Ginkgo Bioworks and Twist Bioscience will announce an exciting partnership that promises Ginkgo will order a minimum of 100 million base pairs of synthesized DNA from Twist in the next year.

This unprecedented order sets Ginkgo up to accelerate the synthetic biology industry in their pursuit of creating made-to-order industrial microbes at an impressive rate. Earlier this year Ginkgo Bioworks secured a $9M Series A to a $45M Series B in just four months, putting them on pace to finish funding their first automated biofoundry, Bioworks1, and begin construction on a secondary foundry, Bioworks2. These foundries will be dedicated to creating and optimizing microbes for customers in a wide variety of industries ranging from nutrition and health to flavors and cosmetics. They hope through their streamlined design-build-test pipeline they can quickly advance industrial opportunities to create high-value products using microorganisms.

For Ginkgo to endeavour on such a partnership strongly suggests their biofoundry is ready to run at full-capacity, as this amount of DNA represents the ability to build and test thousands of prototypes for an increasing number of clients. The selection of Twist demonstrates why their innovative silicon-based DNA synthesis has garnered the company over $80 million dollars in funding in the past two years. This technology has allowed them to offer synthetic DNA at competitive prices, and as the cost goes down, the market is ready to buy.Jason Kelly, founder of Ginkgo Bioworks, is excited for this partnership stating:

Twist shares Ginkgo's belief that we are at the very beginning of a revolution in the design of organisms. As the price for DNA synthesis drops the demand for synthesis will grow even faster as new application areas are opened up for organism design firms like Ginkgo. Twist is the most well-capitalized and aggressive player in the DNA synthesis industry today and we are delighted to establish this strategic relationship.

As Emily Leproust was keen to note:

This is the largest order of DNA in the world, equal to 10% of the total market in 2015, and we are pleased that we are able to meet this exceptional demand. This exciting partnership validates our analysis that the market for synthetic DNA is super-linear, meaning that when the price of DNA goes down, the volume of orders increases. We look forward to working with Ginkgo through this partnership, which brings together two cutting edge companies in the synthetic biology space to drive the industry forward.

Both of these companies are leading innovators in their respective fields of DNA synthesis and organism design, and together they represent one of the field’s hottest partnerships. With such a synergistic partnership, big things should be seen coming out of Ginkgo and Twist in the upcoming year.