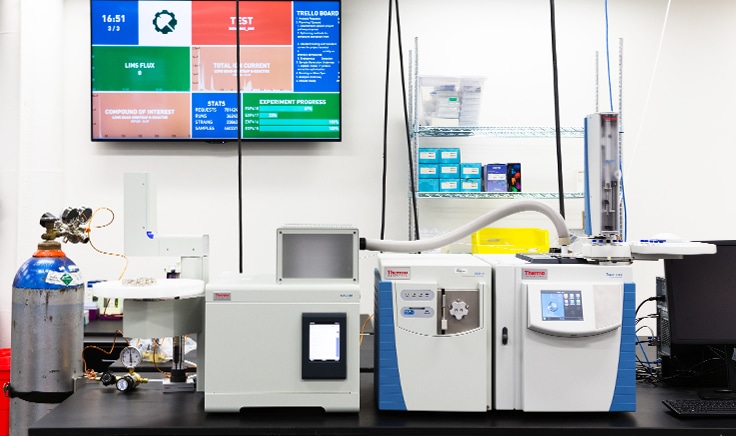 Shortly after announcing a $9 million series A investment, just four months ago, Ginkgo Bioworks is announcing today that it has raised $45 million in a Series B round led by Viking Global, with participation from previous investors OS Fund, Y Combinator and Felicis Ventures. While the series A was helpful to build Bioworks1, a biofoundry capable of automated organism engineering through the use of advanced software-integrated robots, this new funding will be used to build another next-generation biofoundry Bioworks2. They hope to expand into new categories such as cosmetics, pharma, and probiotics, as well as grow by hiring additional employees."This new financing allows us to expand into real world products in the nutrition, health and consumer goods sectors as well as add to our world-class team of engineers and designers", said Jason Kelly, CEO and Co-founder of Ginkgo Bioworks.Sam Altman, President of Y Combinator, also expressed his enthusiasm:

Ginkgo Bioworks was our first ever biotech investment and was part of the Y Combinator class of 2014. Synthetic biology is one of the fastest growing areas of tech right now and Ginkgo is leading the category.

Ginkgo has brought industrial efficiency to the biological design cycle

Ginkgo has successfully built themselves into a symbol of automated strain engineering within the synthetic biology community. The company was founded in 2008 by MIT computer scientist Tom Knight and four recent PhD graduates. Co-founders Reshma Shetty, Jason Kelly, Barry Canton and Austin Che recognized how the difficulty and expense of manual molecular biology limit the scaling of biotechnology design cycles. Today, they operate an 18,000 square foot automated laboratory overlooking the Boston harbor. Labor is split between 20 robots and experts focused on either design, construction or testing of engineered microorganisms. With automation and division of labor, Ginkgo has brought industrial efficiency to the biological design cycle.The company is applying its foundational technology to a variety of challenges. Last december, they made headlines announcing a collaboration with perfumers to produce yeast-derived fragrances, including rose scents. Additionally, they are building microbe factories to produce flavors, sweeteners, cosmetics, pharmaceuticals and other natural products. They have led a DOE ARPA-e project to engineer microbes to utilize C1 compounds such as methanol and formate, and are also constructing probiotic therapies against antibiotic resistant bacteria for DARPA. The diversity of their projects demonstrate Gingko’s confidence in the efficiency of it’s bioengineering capabilities.Gingko bioworks was an early player in a market focused on industrial technologies to accelerate the microbial design cycle. They have long dreamed of a biotechnology industry where synthetic biologists can be engineers, not DNA construction workers. Now, this market is fielding significant interest from investors and younger competitors, such as Zymergen (which recently closed a $44m series A) and Transcriptic (which recently closed a $8.5M series A), are blossoming. As Gingko scales up and expands its bio-foundries, it brings synthetic biology one step closer to an industrially relevant engineering discipline.2015 has been a huge year for synthetic biology funding. We’ll review the year to date in next week’s digest.Please leave your comments or questions below.