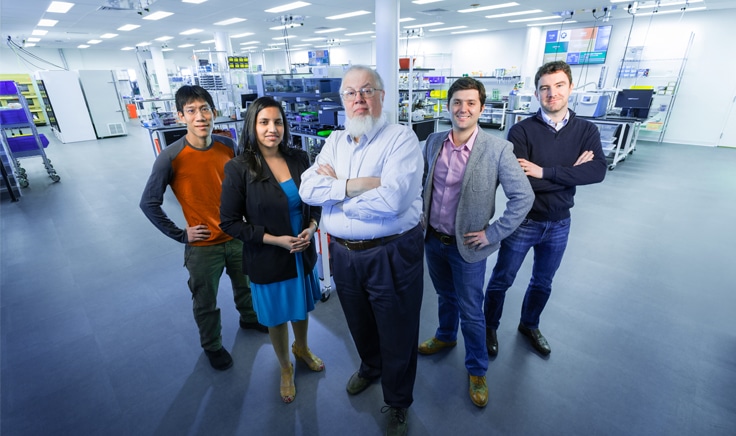 Boston-based builders of custom microbes, Ginkgo Bioworks, has secured $100 million in Series C funding and ordered 600 million base pairs of synthetic DNA, which they claim is the largest quantity of artificial DNA purchased to date.The company will test its production metal for use in the fields of commodity chemicals, industrial enzymes and human health using their newly acquired synthetic DNA.This new backing puts Ginkgo in the top 10 startups most highly funded by Y Combinator (YC). Since its launch under two years ago, Ginkgo has raised $154 million and was one of the first biotech startups that YC invested in. Even today, Ginkgo only has a few competitors, including Zymergen on the West Coast, with $45 million in funding thus far to make better microbes for use in industrial fermentation. The $100 million of funding was pooled together from Y Combinator's Continuity Fund, Senator Investment Group, Cascade Investment, Baillie Gifford, Viking Global Investors, which led Ginkgo’s Series B funding and Allen & Company LLC.The company was also named to CNBC's Disruptor 50 2016 list, which includes the United States’ most ambitious and innovative private companies revolutionizing various industries.Ginkgo’s current custom microbes are designed for a variety of industries including food, health, and consumer goods, They are working with DARPA to create probiotics that will help U.S. soldiers avoid certain stomach bugs and have partnered with Ajinomoto to develop designer microbes for the companyIn the spring of 2015, the startup announced a purchase of 100 million base pairs for their move into new production initiatives. In the past year, they increased this amount six-fold. Twist Bioscience and Gen9 will be working with Ginkgo to supply the synthetic DNA. By the end of 2017, Twist will provide at least 400 million base pairs of DNA.The startup will also use the funding to build a 70,000 square-foot automated facility named Bioworks2. Here, Ginkgo will test the products they make from the synthetic DNA, in areas such as nutrition and pharmaceuticals, which co-founder Jason Kelly calls the “verticals tech left behind.”Kelly says that while these industries aren’t disruptive in the way software is, there is huge potential in them. “Biology is the most advanced manufacturing technology on the planet. As we get better at designing biology, we'll use it to make everything, disrupting sectors that the traditional tech industry hasn't been able to access. In the past few years, we've heard that biology is becoming a software problem, but biology can do many things that software simply can't." he adds.Ginkgo has already broken into these areas and, Kelly says, using this new funding and Bioworks2, will continue to.