How chemical-sensing plants may help secure a safe, healthy future 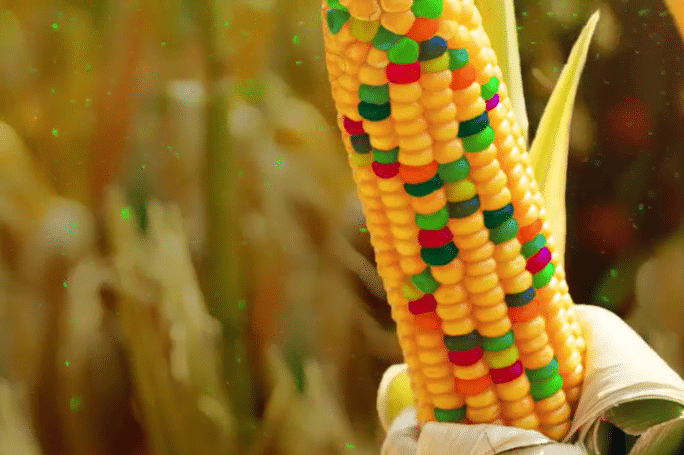 How chemical-sensing plants may help secure a safe, healthy future

When we talk about future opportunities for our species and our planet, it typically isn’t long before a synthetic biology solution or two enters the conversation. From using gene editing to treat everything from cancer to eczema, to modifying microbes to feed crops and reduce the impact of fertilizers, the potential for synthetic biology solutions to create a more sustainable, healthy future is undeniable.And when we talk about future challenges, we often focus on the problems that are obvious to everyone: dwindling arable land, rising worldwide hunger, alarmingly high levels of greenhouse gases in the environment. But what about the not-so-obvious threats that aren’t usually at the forefronts of our minds but are just as dangerous -- and with more immediate consequences? I’m talking about biological and chemical threats like those used in biological warfare. Microbes have been used for centuries by nations aiming to gain a foothold over their enemies or those they wished to subdue. There’s even some evidence that Europeans intentionally gave Native Americans smallpox-contaminated blankets in a crude and cruel form of biological warfare. Smallpox is still seen as a likely candidate for biological warfare, along with anthrax. And now, with the advances made in gene editing, there is a new threat: modified organisms optimized to kill quickly and resist antimicrobials. Such threats can be difficult to detect before it is too late: many of them cause symptoms similar to common illnesses -- meaning many people may not go to the doctor for treatment, at least not until it’s too late. Tasteless, odorless, colorless chemicals are also potential weapons, adding even more complexity to the task of detecting microbial or chemical threats to our health and wellbeing, both personally and as a society. In this, too, synthetic biology provides a potential solution: plants engineered to become precise, fine-tuned biosensors.

The humble mustard plant, which grows just about anywhere, is just one plant that could be engineered to detect and even remove dangerous chemicals from the environment with the tools of synthetic biology. Image from Pixabay.

Plants may be the poster child for genetic modification and genome engineering; Mendel’s first observations that gave birth to our understanding of genetics were in pea plants, after all. The first commercially available modified plant -- the FlavrSavr tomato -- hit the market in 1994, and we’ve been modifying useful traits into plants ever since: better flavors, resistance to bugs or pesticides, resistance to drought, increased nutritional value. It’s not so surprising that we might leverage plants for another purpose: sensing chemical or microbial threats.What, exactly, would this look like? Conceptually, it’s not so different from microbial biosensors, even though the underlying genetic modification would be different. The plant would be modified to release a signal when it detects a substance of interest: a volatile compound released by the bacterium that causes anthrax disease, for example, or another dangerous chemical.When you think about it, it makes a lot of sense. Plants are inconspicuous: they’re everywhere, from rooftops to metro stations. If a bad player even noticed the resident plants in the area he or she targeted for attack, they likely wouldn’t suspect those plants to blow their cover, and with the precision afforded by today’s genetic engineering technology, the signal released by the plant in response to substance detection could completely fly under the radar, making plants a simple-yet-sophisticated intelligence weapon. And if a suspected chemical or microbial attack has occurred, you can minimize risk to human lives by eliminating the need to send in disease surveillance specialists or military forces.

It may seem a bit futuristic, but we’re probably not all that far away from using plants as another tool to help preserve national security. East Coast-based Raytheon -- a leader in defense, civil government and cybersecurity solutions -- is already working on repurposing plants to aid in national security. The hardest part, as always, will be scaling the technology to a solution that works.Yet the solution to scale may not be too far in the future. While Raytheon is working on plants as biosensors for detecting chemical or biological threats, plants biosensors could detect any manner of substance, such as chemicals banned in agriculture, pollutants in the air, and even contaminants in water. A number of companies may begin refining approaches to engineer plant biosensors, increasing the pace of innovation and decreasing time to scale -- as well as improving the lives of ourselves and our planet. Early detection of noxious substances on our foods, or in our air and water, can help facilitate better policy enforcement, improved environmental warning systems for at-risk populations, and, eventually, better solutions toward making such environmental threats a thing of the past.Some scientists even think plants could be used to draw out chemical agents from contaminated soil.Through synthetic biology, engineered plants are becoming the solution to a number of issues facing our world today, from reducing meat consumption to cleaning up the environment. Soon we will be able to add national security and environmental surveillance to that list.