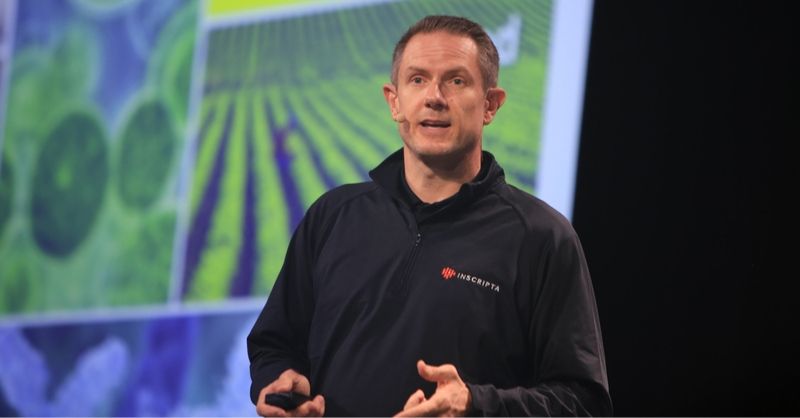 One of the most powerful capabilities brought to the life sciences in recent decades is the ability to mutate genes to interrogate their precise role in certain processes, whether that be pathogenesis of a certain disease or production of a metabolite useful in industry. The knowledge we’ve gained has enabled us to identify novel drug targets, produce healthier food and better homecare products. But we’ve been mutating single genes for quite some time now, and if research groups and companies want to bring life-saving treatments or other useful products to patients and consumers on a meaningful timeline, we must be able to scale our efforts.As technology improves and our capabilities increase, biology is moving from gene-scale to genome-scale, think one gene at a time to all genes every time. The ability to make massively parallel interrogations to test multiple hypotheses all at one time -- inserting multiple promoters in front of a number of different genes in a single pathway, or delivering swaps and deletions across the genome, for instance -- can exponentially increase the speed to discovery and enable scientists to reach their end goals much faster. Once a pipe-dream, that capability now exists. The digital genome engineering company Inscripta has developed a platform that enables scientists -- even those with little experience in gene editing -- to make various edits genome-wide and at their own lab benches.

The Onyx™ platform was released to the world on October 1 this year and is poised to change the game for industries from pharmaceuticals to applied materials. It is a CRISPR-mediated, fully-automated digital genome engineering platform that will enable researchers to engineer microbial libraries containing the full breadth and scope of possible edit types, all on their own lab benches. The platform includes software, consumables, instrument, and assays so the scientist can immediately start on their experiments.

(Photo: Business Wire)“We want biologists to focus on the biology they want to study without worrying about the technology optimization -- we provide the platform for that,” says Nandini Krishnamurthy, Senior Director of Microbial Applications at Inscripta. “It allows customers to create genome-wide variations and test them at scale: they can now test thousands of hypotheses in parallel, and can reach their end goal much faster. Whether it’s the ag industry, or applied materials, or let's say therapeutics, industrial chemicals, or even consumer products, all of these can be positively impacted by the Inscripta technology, and that's really powerful.”This all sounds amazing. But the first question on any scientist’s mind would be “does it work?” Krishnamurthy points to a proof-of-concept test the company used to demonstrate their platform: interrogation of the lysine pathway.

The choice of the lysine pathway wasn’t an accident. Lysine -- an essential amino acid -- is a USD $2 billion dollar market, with applications ranging from pharmaceuticals to animal feed supplements to cosmetics. The metabolic pathway that leads to lysine production in microbes is very well studied -- making it a perfect test case for a new platform. Inscripta approached the challenge with two questions, says Krishnamurthy. First, could the platform recapitulate mutations already identified and capitalized upon by others, and second, could something new be found by interrogating a pathway about which many might assume all of the biology is known?The answer to both of those questions was yes.Not only did Inscripta’s platform identify already known mutations that people had made before, but it also identified novel mutations that impacted lysine production. Surprisingly, some of the mutations that increased lysine production compared to wild type were in genes with as-of-yet unknown functions.“This exemplifies the power of our technology, and it shows that you don't have to restrict yourself to just known targets -- by going genome wide, you will find something important,” says Krishnamurthy. “We still know very little about Biology in the grand scheme.”And while the platform was proven on the lysine pathway, Krishnamurthy says it can be applied to pretty much any pathway scientists may want to interrogate. Already several people have approached Inscripta with ideas and pathways they want to apply the technology to.“The underlying approach to discovering novel biology is the same: create a large set of variations, phenotype a subset to find the best hits, and then recombine,” she says. “We enable creating the large set of variations and all the customer has to worry about now is how to phenotype for their desired output. The Onyx platform also helps rapid genotype to phenotype association (because we barcode every precisely engineered cell for easy conversion between genotype and phenotype space) and also enable customers to recombine their top hits.”The company is already working with a number of early access users on a range of applications, from basic biology to industrial applications. That’s the beauty of the Inscripta platform, says Krishnamurthy: it appeals to fundamental biologists and industry biologists alike -- and it can aid both camps in making groundbreaking new discoveries.“The platform doesn’t have an advantage for one type of company over the other, because In the end, we are providing biologists with a very seamless, easy to use workflow that can give you the end to end capability of starting from multiple designs all the way to getting into a library,” says Krishnamurthy. “Whether it's a small or large company, they usually need diversity generation as part of both studying and optimizing strains, so all of them are going to be able to use this platform to their advantage irrespective of size.”

A future built on genome-wide engineering

Currently, Inscripta’s platform is optimized for E. coli and yeast (S. cerevisiae), the two gold-standard organisms used by the majority of scientists developing new products. But Inscripta recognizes the growing industry-wide interest in using non-standard organisms such as Bacillus or Pichia and plans to optimize the platform for use in other species, further widening the net for potential applications.When asked what novel development she’d like to see come from the technology, Krishnamurthy doesn’t miss a beat:“This is one of the things that is very close to my heart. I grew up in India, and you see a lot of diseases and to me, microbial diseases means antibiotic resistance, which is a huge global problem. So one of the very attractive applications that deeply resonates with me is to identify targets for antibiotic resistance -- understanding what causes antibiotic resistance, and being able to identify targets that we can then develop drugs to overcome the spread of resistance.”

Nandini Krishnamurthy, Senior Director of Microbial Applications at Inscripta.Indeed, the potential applications for Inscripta’s technology seem endless -- and that’s exactly the point. The company is all about enabling the power of synthetic biology to come to fruition. Perhaps Krishnamurthy says it best:

“All we want is for to bring their creativity to the table without worrying about optimizing technology. What is limiting anybody now is just creativity.”