How one company is using greenhouse gas to mitigate world hunger 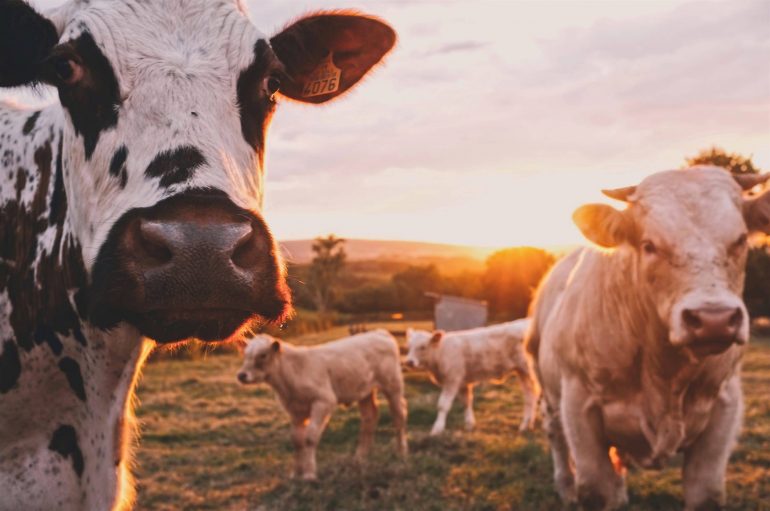 How one company is using greenhouse gas to mitigate world hunger

Cows have had a bad rep over the past few years, due to the amount of methane they release -- which some say contributes to the global issue of rising greenhouse gas emissions: the heat-trapping potency of methane is almost thirty times higher than that of CO2. Additionally, clearing forests and other land to provide space for cows intended for human consumption releases significant amounts of carbon dioxide into the atmosphere. Many recommend drastically reducing or even completely eliminating beef and dairy product consumption, but it is unlikely that everyone on earth will become vegetarian. What if there were another solution? What if methane could be transformed from a waste product to a useful product, such as a food source -- bringing a whole new meaning to using every “part” of the animal?A vision of a world in which methane is turned into food for human consumption would be reminiscent of the alchemist’s unsuccessful quest to turn lesser elements into gold but for one essential difference: one company is actually succeeding. String Bio -- based out of Bengaluru, India -- is making protein from methane.“It is dangerous to release methane gas into the environment because methane is a much more potent greenhouse gas compared to CO2 … what occurs today is that methane gas gets burnt off, called flaring, converting it to CO2, and consequently is released into the environment. So our thinking is why not leverage the carbon to make useful products instead of burning it off?” said String Bio CEO Ezhil Subbian in a 2018 interview with the SolarImpulse Foundation.

According to Subbian, String’s driving force is to find “solutions that are pertinent to fundamental problems in Asian geography that can then be taken out to global markets.” India is the perfect place to meet their goals, with a considerable amount of resources being dedicated to synthetic biology approaches to improve agriculture. At the 2017 Hello Tomorrow Global Summit in Paris, Subbian introduced the company’s first product -- a high quality, cost-effective protein designed to address the growing gap between supply and demand in terms of sustainable food. The process uses methane on the STRING Integrated Methane Platform (SIMP) -- a fermentation-based platform designed to create monomers for use in new products, such as their alternative protein.https://www.youtube.com/watch?v=NQ7LEROhB0sString Bio’s protein is only used in animal feed today, but further refinement to make the protein suitable for human consumption is ongoing. Subbian describes the taste of String’s protein as similar to whey. When it is purified to a point that it is ready for human consumption, they plan to sell it to another company that creates meat alternatives (such as steak or fish) that can be prepared on the grill like real meat. “When it gets there, we’ll need to bring a good chef on board,” jokes Subbian. String plans to have a commercially viable protein product this year.Subbian’s idea resonates with investors worldwide. At the HT Global Summit, where Subbian presented String Bio’s protein, the company was awarded one of ten HT Global Summit competition awards, which include non-equity cash and the opportunity to pitch to international deeptech investors for Seed and Series A funding. Subbian’s passionate focus on her company’s protein has also earned String Bio funding from the Future Food Asia Award in 2017, as well as a SBIRI grant from BIRAC and the EnABLE startup award in Industrial Biotechnology sector in 2016, and the first of the Karnataka government grants for innovative ideas in 2013.

Making a bold idea that anyone can buy into

While the idea to take a greenhouse gas and convert it to a usable feed stuff has investors sold, companies like String Bio face an important regulatory -- and social -- hurdle. In 2017, at the FLEDGE Synthetic Biology Policy & Implementation Issues Seminar, Subbian identified one of the chief challenges facing companies developing solutions through synthetic biology as apprehension relating to the ability to define “a new living organism developed through synthetic biology.”This apprehension, as well as widespread concerns about the organisms themselves, has slowed work with living organisms in the field in the past. One concern has been that an organism developed for one use might have unintended, unanticipated effects on other organisms in an interaction. Another concern is that what is thought to be a complete understanding of a gene may prove to be an incomplete understanding, with unwelcome results.Government agencies and the general public have also had experience with species that were brought into an area to solve one problem only to cause a different, more serious problem. This is not the case when the organism is used in a process like fermentation, but the need for sustainable solutions to a host of global and environmental problems is likely to lead to solutions for living organisms in the future.The team at String has dealt with uncertainty about the future regulatory environment and public acceptance proactively. It has government backing -- which in India, typically comes with public acceptance of a new technology -- and its location in Bengaluru isn’t by accident either, as the city is located in a State that is generally welcome to synthetic biology and biotech innovation. String Bio has also worked to achieve active affirmation from global investors. All of this work has paid off -- not only has the company developed a proven technology, but they also hold the patent for their SIMP platform.String describes itself as a company that believes in “bold bets.” To focus on one source -- methane --for all of its products might seem such a bold bet. Yet Subbian believes she is setting up her company to meet its goal of providing cleaner ways of living through “robust, cradle-to-cradle solutions.” Now that’s a bet that even the cows can get behind.