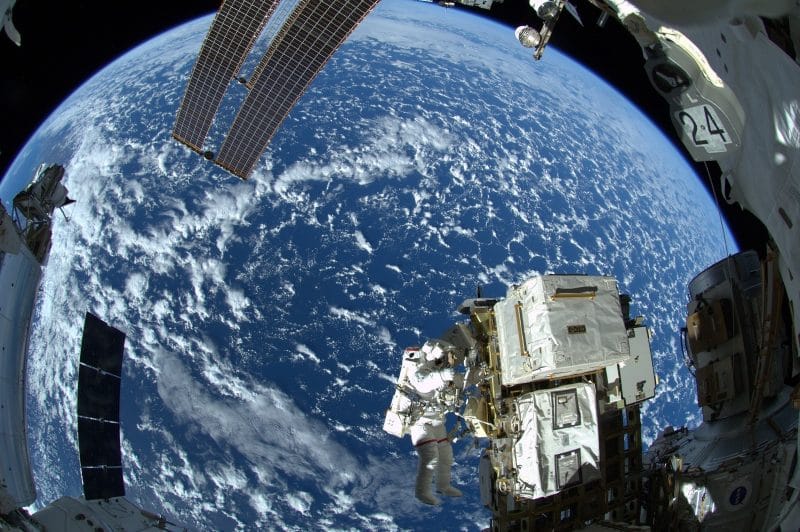 Antibiotic resistance is a growing global crisis. The World Health Organization found that “antibiotic resistance is rising to dangerously high levels in all parts of the world” and the Center for Disease Control called it “one of the biggest public health challenges of our time.”Antibiotics have transformed modern medicine and extended life expectancies across the world. But, the natural evolution of bacteria has been accelerated by over-prescription. Illnesses such as pneumonia, tuberculosis, blood poisoning, and foodborne diseases are adapting to survive the standard antibiotics that treat them. Even more worrying are emerging pathogens like Candida auris, a so-called “superbug” so virulent and resistant, one hospital had to tear out ceiling and floor tiles to fully eradicate it. It’s clear that developing a new generation of medications can only do so much against these quickly adapting microbes. We urgently need new strategies to address these dangerous germs.The study on ISS was not designed to combat superbugs. Nor was it planned to directly address the health concerns of the astronauts. Dr. Elisabeth Grohmann, a senior study author, emphasized that “The study was not initiated due to health problems of the crew members but due to material corrosion on the ISS caused by microbial growth and biofilms” on a wide range of surfaces. That being said, space is taxing to the immune system. Microgravity, increased radiation exposure, and the general stress of being off-planet strain astronauts’ ability to fight infection. Studies also show that microbes in space develop stronger biofilms and thicker cell walls, making them more resistant. Take all those factors, enclose them in a sealed, isolated environment orbiting at 5 miles per second, and suddenly, even a minor infection can become a serious safety concern. So, what better place to test a novel approach to disease prevention?The recent study on the ISS tested a silver and ruthenium-based bioactive coating on a number of microbe-prone surfaces, such as the bathroom door. The surfaces were tested for microbial activity at 6, 12 and 19 months. The results were highly encouraging. After the first 6 months, the coating – known as AGXX – was completely free of bacteria. Eventually, microbial strains were recovered from the AGXX surfaces at the 12- and 19-month check-ins. Grohmann believed this was due to “a buildup of dust particles and cell debris can accumulate over time and interfere with the direct contact between the antimicrobial surface and the bacteria.”This shouldn’t be too surprising. Microbes are exceptionally tenacious survivors. But AGXX was still a significant improvement on current antimicrobial coatings. A silver-only based coating was also tested but it only reduced the microbial population by 30 percent when compared to the uncoated, control surface. AGXX had a reduction rate of 80 percent.AGXX kills microorganisms and prevents biofilm formation through a combination of redox couples and a micro-electric field. Essentially, when microorganisms come in contact with the bioactive coating, the coating imports oxygen-reactive chemicals into their cell walls. The reactive substances attack the membrane molecules and kill the microorganism. The coating is able to kill microorganisms of all varieties, from bacteria to fungi, yeasts, and viruses. It’s not unlike bleach in that effect. But the coating self-regenerates, so no re-applications are needed. And it doesn’t give off toxic byproducts. But, what may turn out to be the most important factor is that it doesn’t solely rely on or release silver ions.Silver has long been a mainstay in fending off infection. Its medicinal uses can be traced back to ancient Egypt. Silver ions kill bacteria by punching holes in their cell membranes. Research in the last several years has shown that silver actually brings on the zombie apocalypse for a bacterial colony – the hole-punched cells continue to kill the live ones, even after death.In the last century, we’ve moved away from the lumbering silver ions of old towards the sleek, new update: nano-ions. Now, these little antimicrobial silver bullets aren’t just in hospitals. Companies have incorporated them into clothing, yoga mats, kitchen tools, and any number of products that consumers are concerned will harbor germs. But, there are questions about how nano-silver affects both humans and the environment. Nano-ions are often small enough to slip into human cells. There is also concern that silver, the proverbial “gold” standard of antimicrobials, could lose its power. Just as with antibiotics, the more microbes are exposed to a threat, the faster they adapt.The same principles of evolution also apply to AGXX. Though the coating isn’t reliant on silver ions of any size, if antimicrobials like AGXX become the new normal, it’s likely that bacteria would simply evolve again, more resistant than ever. Indeed, AGXX is currently being tested for a wide range of Earthly applications from water-filtration systems and air-conditioners to the antibacterial components in ointments and lotions. It may also go beyond Earth’s orbit; the coating is also being tested for future Mars expeditions.At the moment, any concerns about microbial resistance to AGXX are a long way off. But it’s also critical that we don’t fall into a nearsighted loop of tackling the immediate problem without addressing the big picture. In order for novel coatings like AGXX to remain effective, we need to diversify our antibacterial strategies, from more carefully prescribed antibiotics to further research into the effects of nano-ions and silver-resistance. Thoughtful planning and dedicated research are essential to ensure we don’t become trapped by our best intentions.