Is California’s Salad Bowl the next Silicon Valley? 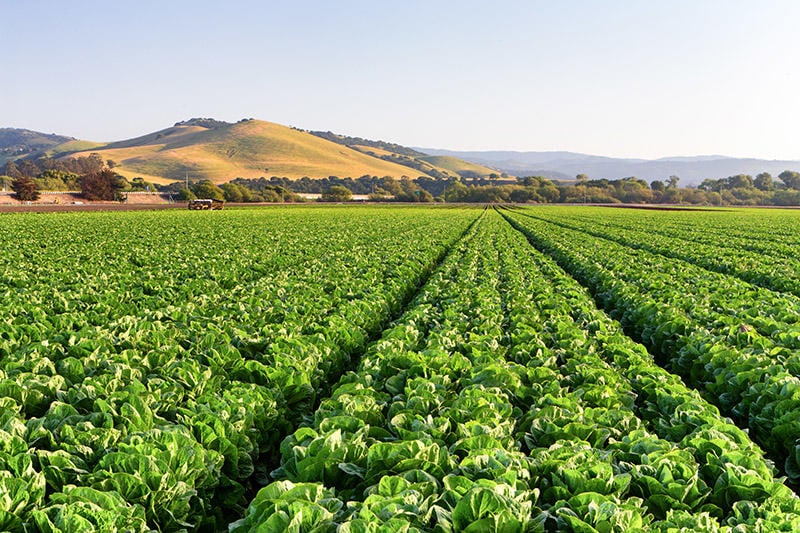 Is California’s Salad Bowl the next Silicon Valley?

As I point my motorcycle south on US 101 toward Salinas, I sit and consider the city for the first time since I moved to the Bay Area from San Diego a year and a half ago. Until then, Salinas had been for me nothing more than another name with a number next to it on a green freeway sign delineating distances to cities on my route to other destinations, like Monterey.But, as I recently learned, Salinas is much more than a name on a sign. The local economy is dominated by agriculture. Fertile soils that yield fields full of over 80 different fresh-produce varieties have awarded Salinas the nickname “the Salad Bowl of the World.” The fresh produce supply-chains that stretch from Salinas Valley to Chile make the region the place “where the Americas meet.” As I get closer and closer to Salinas, the landscape changes drastically. Trees and buildings give way to fields stretching as far as the eye can see. The air smells like farms, reminding me of my childhood in rural Michigan.But something else is growing in Salinas: a movement that has some wondering whether Salinas Valley is the next Silicon Valley -- but a better, more equitable, and more productive version.

Driving this idea is an organization called Xinampa (she-nam-puh), named after the ancient agricultural system of Anahuac that applies a holistic approach to cultivating complex intersecting ecologies for sustainable food production -- and that still functions to this day despite political, economic, and environmental challenges. Xinampa began as a community lab and grew into Xinampa as we know it today: a bio-hub aiming to support economic development, workforce development, small business incubation, and scientific literacy and education.

From left: Steven Rhyans, Anna Ibarra-Castro, Leo Tejeda, Omar Perez, Matias Kaplan, Rolando Perez. Photo credit: Steven RhyansSalinas natives Ana Ibarra-Castro, Omar Perez, Steven Rhyans, Leo Tejeda, and Rolando Perez, volunteer at Xinampa as a way to lift up their local community. They, along with fellow volunteer Matias Kaplan, think Salinas Valley -- with its rich agricultural heritage -- is the perfect place to model an equitable biotechnological revolution.“Ag is all about biology,” says Ibarra-Castro.“I am highly interested in leveraging biotechnology to improve the safety and security of the population in the context of food systems and food production. In light of climate change, the complexity of our food system will only increase.”She also emphasizes the importance of interdisciplinary collaboration and in including the public voice. “Finding novel ways to include the public -- their needs, voices, and expertise -- might benefit support to build the infrastructure for the bioeconomy. Although we cannot predict with precision how our world will be impacted in the long run, there needs to be more inclusive conversation. Spaces like Xinampa can be a conduit for these discussions to occur, as well as an entry point to the workforce for research and entrepreneurship opportunities. I envision a world where local talent is cultivated, maximizing the connection between local needs and challenges and solutions.”“Food safety and security is a timely and relevant topic for the Central Coast and biotechnologies can help us thrive into the future in the face of food system challenges,” adds Rhyans. “Biotechnologies could also help inspire youth from our region to learn more about the local agriculture industry and even pursue careers in ag. Having grown up in Salinas, I wish I had been exposed more to local industries.”“Locally-grown synthetic biology can equitably lift the Salinas Valley bioeconomy through food testing and safety, fermentation, and other things you might see in Silicon Valley. Imagine if you put next-generation sequencing and other biotechnology in local community labs,” says Perez.Indeed, one of the biggest values at Xinampa’s core is engaging underserved communities like those in Salinas. The population of 156,00 people is over 75% Hispanic or Latino. The city’s future is driven by traditionally underserved groups of people that through Xinampa are being enfranchised and are learning not to fear science and technology but to transform it, build on it, and use it to transform their community.“It’s not about disrupting or replacing the existing community, but to lift it up along with technology that has equitable governance, and teach youth to be leaders in envisioning the future,” says Ibarra-Castro.Will Canine, Co-Founder and Chief Product Officer of NYC-based Opentrons, adds, “In the circular economy, it’s underserved communities who will ultimately implement change.” His company recently donated an OT-2 liquid handling robot to Xinampa. Opentrons is democratizing biotechnology through the robot, which is easily programmable via Python or an easy-to-use interface -- and all protocols are freely and openly available, shareable, and editable.And this is the reason I travelled to Salinas one December afternoon: to sit in on an agriculture-focused biotechnology workshop for local high school and community college students interested in computer science and biotechnology.

Planting seeds for the next generation

The workshop was held at Digital Nest, an organization that connects youth to a skill-building community that transforms them into professionals who can create successful careers, innovative solutions, and prosperous communities. I parked my bike and walked through the Cesar Chavez Library to a back room containing tables, snacks, computers, chairs and desks, a smattering of students lounging and talking, and, of course, the OT-2 robot (nestled comfortably next to the first generation OT-1).At 3:30pm sharp, four students -- one freshman, one sophomore, and two juniors -- gathered around Franco Sanchez, lead learner at Digital Nest’s Salinas site, and three other individuals supporting the workshop. The workshop was carefully co-designed by Corinne Takara, artist, independent Science, Technology, Engineering, Art, and Mathematics (STEAM) educator, and Xinampa volunteer. On the docket for the first day of the four-day workshop: share ideas about science and culture, taste-test kombucha, learn how to pipet by hand, meet the OT-2 robot, and create an animal design on a 96-well plate map. In the following days, the students would learn to program the OT-2 robot so that it would create their animal design automatically on a real 96-well plate and solve a kombucha-flavors problem.

Youth learn the art of manual pipetting. Image credit: Rolando PerezThe students laughed about “bacteria farts” when they tried kombucha. They quickly learned how tedious and annoying hand pipetting could be. Their attention was especially piqued when learning about the OT-2 -- especially when they watched a video demonstrating how one creative individual was able to ask Amazon’s Alexa to tell the robot what to do.

Next, students learned about Opentrons’ OT-2 liquid handling robot. Image credit: Rolando PerezFinally, they laughed and chatted amongst themselves, Foster the Peoples’ “Pumped Up Kicks” in the background as they designed fish, a turtle, and a wolf. I was sorry that I would not be able to attend the following days, when the students would get to see how easy it is to use the OT-2 and, more importantly, how they could use their own culture, creativity, and biotechnology to solve some of the biggest problems facing their own community.

Students designed animals on a 96-well plate map. Later in the workshop, they learned how to program the OT-2 robot to create their animal on a real 96-well plate. Image credit: Embriette HydeThis isn’t just a pipe dream. This is reality. In Salinas is growing a perfect ecosystem of agtech, biotech, funding, and the trend toward a circular economy that shuns waste in favor of sustainability.“The social capital is there,” says Ibarra-Castro. “It’s just waiting for homegrown practitioners who have key insight to develop those products. Equity is one of our core values so we can learn how to build bioeconomies for all to flourish. We want these community members to be the next generation of entrepreneurs leading the growth of biotechnology on the Central Coast.”“This project aligns with our mission to empower people by giving them sophisticated tools to create change and democratize biology,” says Canine. “I’m excited to be a part of it.”The students -- initially a bit timid and reserved -- were excited to be a part of it, too. “I really enjoyed the biology part since I’ve been learning about enzymes in school,” said workshop participant Isabela Valdez. “It was really cool to combine biology and my interest in computer science.”As I drive out of Salinas on my way home that evening, it’s too dark outside to see the farmland. Instead, my eye catches a giant mural covering all visible walls of a sizeable warehouse. Right in the middle are the words: “California’s Salad Bowl,” accompanying a painting of a bowl full of fresh produce.I smile to myself as I contemplate how the world’s salad bowl is on its way to becoming the next source of biotech lifeblood for California. Salinas, I can’t wait to see what you serve up!