Is Tissue Engineering The Future of Cruelty-Free Fashion? 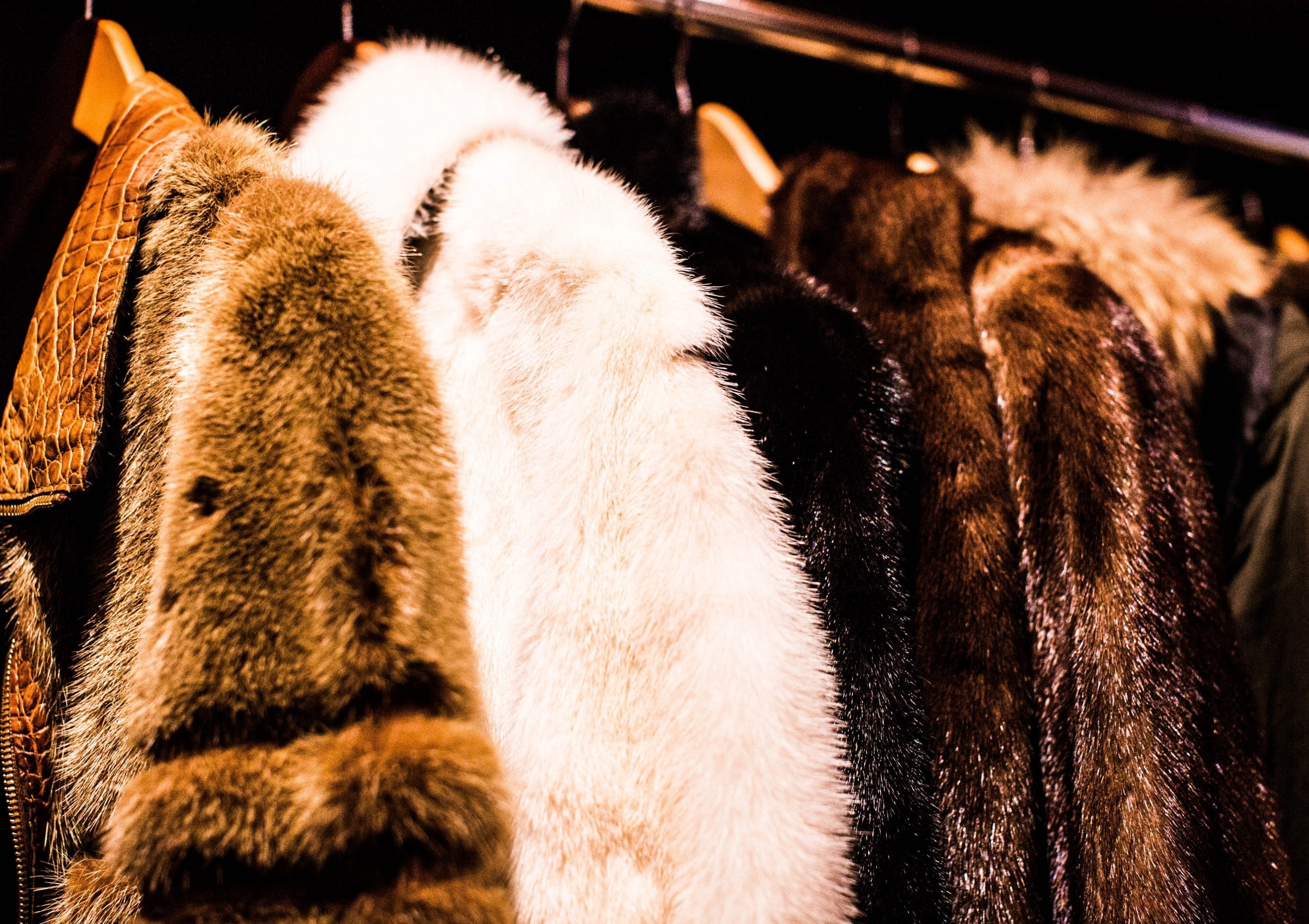 Is Tissue Engineering The Future of Cruelty-Free Fashion?

Global fur sales were on a steady decline even before the COVID-19 pandemic. In 2019, a few brands had renounced real fur. Barely a year later, on November 4, 2020, Denmark, the world’s biggest producer of mink fur, culled up to 17 million mink in over 1,000 farms. The culling began soon after a mutated form of the COVID-19 virus that could spread to humans was found in mink farms. Shortly after that, Kopenhagen Fur—the largest auction house for furs globally—announced it was ending its 90-year-old business for good by 2023. The mass mink-culling fiasco has yet again raised accusations of animal cruelty and questions about whether the fashion industry could ever be environmentally sustainable.“Unfortunately, how we source beautiful materials like fur and leather is inexcusable,” says Ingvar Helgason, an Icelandic fashion designer turned biotech entrepreneur.Amidst this growing indignation and scrutiny over the luxury fashion industry, Helgason has found a solution to tackle the ethical issues around sourcing high-quality raw materials from animals. If meat can be grown in bioreactors in a lab, why can’t skin, and by extension, leather?

Environmentally Friendly Leather Grown From Cow Cells in a Lab

At 16, Helgason dropped out of high school in Reykjavik, Iceland, to become a fashion designer. He then moved to Copenhagen, Paris, and finally, London—where he started his fashion brand, Ostwald Helgason. In the mid-2000s, major fur auction houses approached young designers like Helgason to fix their image problems ever since the famous PETA campaigns against fur that started in the 1990s. While he did not end up working with them, Helgason started thinking about this issue and whether there could be any potential solutions.As a science fiction fan, Helgason had watched the 1982 movie, Blade Runner, at least 20 times. In the film, the characters grow owls and snakes in a lab through feats of bioengineering. “My initial thought was if we could grow these beautiful materials in a lab, wouldn’t that be cool? That way, we could get rid of the ethical implications and use cruelty-free fur and leather,” says Helgason.In 2015, after he had to close his fashion brand, Helgason decided to delve into bioengineering and design. A simple Google search resulted in him contacting Dr. Dusko Ilic, a scientist in the tissue engineering space, who had successfully grown human skin in the laboratory.

Untanned calf hide made by VitroLabs. Unlike traditional calf leather, no calves were killed to make this material. Image: VitroLabs.“I had emailed him four or five times and didn’t get a reply. I found out later that he had just been deleting my emails because he thought my idea was ridiculous,” says Helgason, who is now based in San Francisco.His persistence in contacting Dr. Dusko Ilic finally paid off. They scheduled a call and ended up speaking for three hours. That conversation ultimately resulted in the birth of their company, VitroLabs. The company can now successfully fabricate lab-grown leather from cow cells, a much more environmentally sustainable alternative to traditional leather. Helgason says the cowhides they grow are indistinguishable from the hides that are procured from real animals.The process begins with a harmless biopsy from a cow. The scientists then amplify the cow cells before feeding them into bio-reactors and allowing them to grow into a full-thickness hide.“When you’re a designer, authenticity is really important. That is also the reason we chose the harder path—tissue engineering,” says Helgason. While leather-like alternatives have been in the market since the 1960s, Helgason says the problem is that they are still not genuine leather. “We instead use cellular agriculture where we allow the fibroblasts to do what they naturally do,” he explains.

The global supply chain of cowhides is a multi-faceted problem. For the leather products of high-end fashion brands, young calves’ hides are in high demand. Hermés, a French luxury brand, has complained about the shortage of quality hides for its extravagantly priced leather bags such as Birkin and Kelly. Designers in the luxury fashion space have been fighting to get access to the few high-quality calf hides available in the market. Brands like Gucci and Hermés have acquired farms to control their supply chains.

A tannery in Morocco. Tanning is difficult, labor-intensive, and frequently hazardous to human health and the environment due to chemicals used in the tanning process. Image: James Merabi, Flickr.Cowhides can travel up to 17,000 miles before they are made into a product, says Helgason. The cows or calves might be from Brazil or the U.S., but their hides get shipped off to huge tanneries in Cambodia, Ethiopia, India, or China.In the first step of the tanning process, the hides are turned into a crust after shaving off hair and excess fat or meat. Those crusts are then sent off to another continent to be re-tanned. During the various stages of leather production, animal hides are soaked in chemicals such as chromium, which can turn carcinogenic after they end up in landfills. The entire process also requires enormous amounts of water. Researchers estimate the leather industry uses 30 billion liters of water annually.It can take up to seven days to complete these tanning procedures as the chemicals need to penetrate animal hides that are at least two inches thick. The result shrinks the animal hides to one or two millimeter thickness. A cowhide can then become a car seat, a soft leather glove, belts, shoes, or a structured handbag. Besides these negative aspects of the leather industry, in September 2020, an environmental group called Earthsight found that some of Europe’s top carmakers were linked to deforestation in Paraguay’s Chaco forest region. The area is home to some of the world’s most secluded indigenous groups who co-exist with jaguars. Livestock companies had illegally logged forest lands that belonged to the members of the Ayoreo Totobiegosode tribe. These companies were supplying livestock hides for the leather upholstery of luxury vehicles such as BMW, Jaguar, and Land Rover, according to a Reuters report. “The dark underbelly of the leather industry is a huge problem. Not all cowhides are created equal,” says Helgason. “It’s disturbing on so many levels.”“In comparison, we have pioneered a chromium-free tanning process with our partners. We use 90% fewer chemicals and can complete the tanning process within three days,” adds Helgason. “This is because the hides we create are not thick. We start from zero and then build up their thickness. There is never any kind of wastage of hides and nothing needs to be shaved off or discarded. So the entire process is much more environmentally friendly.”

A watch band made with cell-based leather from VitroLabs: Image VitroLabsVitroLabs’ first prototypes have been validated. The startup is now in a close working relationship with a company to launch their products. They will be sold in the same price range as other exotic leather products made from calves’ hides. While VitroLabs also uses crocodile and ostrich cells in their labs, they have focused on calf hides as that is the product they can execute the fastest. Helgason further adds that it is important for him and the team of scientists to create calf hides that fashion designers and consumers know and love. The startup is also conducting life cycle analysis for cell-based leather with Harvard University to set up their full-scale manufacturing facility in a European country that has sufficient renewable energy. As VitroLabs is gearing up to enter the competitive luxury market, they are not the only startup working towards making cruelty-free fashion a reality. A German entrepreneur, Henri Kunz, CEO and founder of Furoid, has patented an alternative method to develop cell-based fur. Like VitroLabs, this new startup is hoping to sell lab-grown fur and wool in the high-end fashion space.

Kunz studied law and logistics before investing in a biotech company working on Parkinson’s disease drug development in 2016. He is also the CEO at Geneusbiotech, a tissue engineering and genomics platform. His fascination with growing cell-based skin grew in 2012 after reading a news article about a robot that had the potential to make skin. Kunz’s wife, Maria Zakurnaeva, who worked in the fashion industry for more than a decade, suggested the idea of creating cruelty-free animal fur in the lab.

Bioprinting of 3D skin equivalent in Furoid’s lab. The printed skin equivalent can be used to grow ethical fur for the fashion industry along with many other applications. Image: FuroidBefore getting involved in founding Furoid, the team of neuroscientists working under Kunz was conducting punch biopsies behind patients’ ears. “If you take a patch biopsy behind the ear, you get brain-related cells. You can literally create a mini-brain after reprogramming those skin cells into induced pluripotent stem cells (IPSC). It worked fantastically well,” says Kunz. IPSC are derived from skin or blood cells that have been reprogrammed into an embryonic-like state that makes it possible for the development of an unlimited source of human cells. “A friend who is a dermatologist suggested we should try out hair biopsy samples that are taken from the back of the head using a motor device,” says Kunz. “We could find good hair and skin tissues which could be reprogrammed into induced pluripotent stem cells (IPSC).” To kick-start the experiments following that discovery, Kunz footed bills worth 276,000 euros from his savings to create in-vitro hair follicles. “I sold everything I had to fund these experiments including my very expensive sports car,” he adds.Once the experiments began, hair and skincare researcher, Sue Gibbs, and her team of scientists could create a fully formed human hair follicle in a petri dish after mixing 5% of the primary cells with 95%of the reprogrammed induced pluripotent stem cells. “At first they faced some challenges, but I suggested mixing the reprogrammed induced pluripotent cells. To our surprise, it worked. The patent is out,” says Kunz. “That is when my wife and I used bio-printing for making cell-based fur.”The process involves cultivating hair follicle cells from a biopsy. Then, the biopsy samples are split into a few cells. Some are left as primary cells while most of the cells are reprogrammed into IPSC. After the primary cells and IPSC are merged, they are cultured for 32 to 90 days. “We can determine the patterning and the coloration if the cells are grown with the right pigment. The protocol is similar for wool. We do not bio-print it but grow it in a bioreactor,” explains Kunz.Currently, the husband-wife duo has 800 prototypes of human hair follicles for growing fur. They also have a few prototypes for producing lab-grown wool. While a Silicon Valley investor showed interest in Furoid and the team, the project got delayed because of lockdown restrictions during the COVID-19 pandemic. The startup is currently looking for funding to scale up its tissue engineering research work. As the Furoid team is anxiously waiting to reopen their labs, these two startups’ founders maintain the pandemic made them further realize the importance of their work, and their determination to make high-end fashion environmentally sustainable and cruelty-free has only deepened. While Helgason and Kunz have pioneered their own unique mechanisms for producing authentic leather and fur products, both of them have the same idealistic goals — to prevent animal cruelty and work towards reducing the luxury fashion industry’s carbon footprint.After the initial success with their team of scientists’ tissue engineering feats, only time will tell if both of these entrepreneurs can scale up the manufacturing process of animal hides and fur to consistently deliver high-quality products to finicky fashion designers and consumers alike.