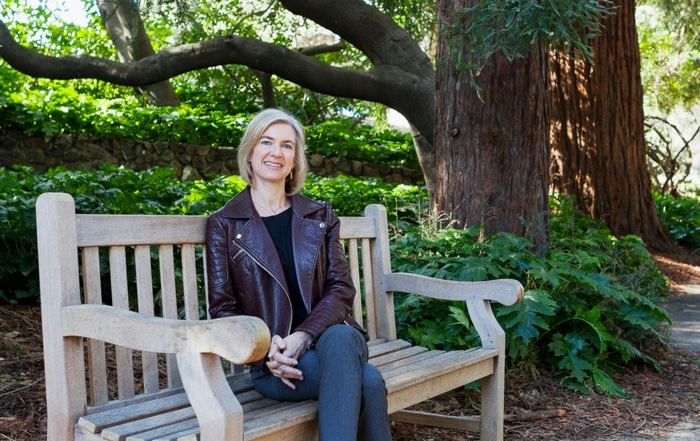 The genome engineering company Synthego, launched in 2012 by two former SpaceX engineers, is experiencing a good year.The company seeks to put advanced CRISPR gene editing tools into the hands of both experienced and would-be gene editors. Its current product portfolio consists of synthetic RNAs intended to help anyone edit genomes more precisely, as well as the nucleases, buffers and design tools needed to slice up DNA. The company has raised over $50 million from investors, including a substantial check from the trust of CRISPR pioneer Jennifer Doudna.Starting today, Doudna will take on an even more active role with Synthego by formally advising the company on products, partnerships and business strategies.“I’ve been watching players in the genome engineering space for a long time, and Synthego is one of the most promising — and necessary — companies I’ve seen emerge in the field,” Doudna said in a statement. “By making these scientific advancements more accessible, Synthego is poised to have an enormous impact on innovators and researchers in life sciences and will transform the industry by making CRISPR simpler, faster and more valuable to thousands who previously couldn’t realize its potential.”Helping customers realize the potential of CRISPR gene editing has been the focus of Synthego from its inception. The company boasts users in 32 countries, eight of the 10 largest global biotechnology companies and 24 of the top 25 global biology universities. But it’s not just established biotech centers that are receptive to Synthego’s easy-to-use products. A survey conducted by the company in 2017 revealed that nearly nine in 10 new CRISPR users surveyed were also new to gene editing, meaning many novices are entering the field.“As one of the foremost leaders of genome engineering, Jennifer will greatly enhance our efforts in bringing biology as a service to life sciences,” said Paul Dabrowski, CEO of Synthego. “We are humbled and thrilled to bring her on board.”Doudna joins Sir Andrew Witty, former CEO Of GlaxoSmithKline and Director of UnitedHealth Group, on Synthego’s advisory board.Why synthetic RNA?CRISPR gene editing is already accelerating basic life science discoveries and holds tremendous potential for improving medicine and agriculture. But across all applications, precision is key.Synthego claims that its RNA products allow researchers to edit DNA more precisely and more quickly than conventional plasmid-based methods.

At SynBioBeta 2017, Synthego’s Kevin Holden explained that the company’s early focus on laboratory automation (liquid handling, automated nucleic acid synthesis and software management) enabled the development of the company’s current RNA product portfolio. The team is now expanding beyond RNA-based products to service more of their customers’ gene editing needs.Earlier this year, Synthego announced a free, open-source software package aimed at making sense of Sanger sequencing data. The tool was developed internally to track the effectiveness of CRISPR genome edits and can now be used by anyone to check for so-called ‘off-target’ mutations.Synthego sees a future where genome engineering is commonplace – in basic research, agriculture, medicine and more. With a scientific rockstar like Doudna on the board — who is herself no stranger to the ethical, social and legal implications of biotechnology — the company may reach that goal sooner rather than later.