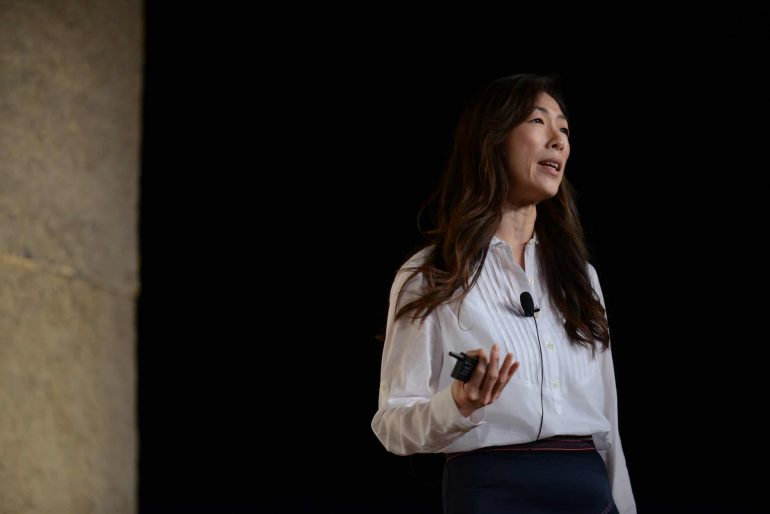 The idea of leveraging an organism’s intrinsic properties for medical benefits has existed for millennia. But in the last few years, synthetic biologists have revolutionized the idea of living medicines -- engineered microorganisms that fight diseases, deliver therapeutic payloads, bolster the microbiome, and protect the skin.

As part of the SynBioBeta 2018 synthetic biology summit, a lively series of talks was held on recent highlights and future directions from companies at the forefront of this rapidly growing sector. The session featured talks from leaders at Prokarium, Ginkgo Bioworks, Locus Bio, Evolve BioSystems and Azitra. The session was sponsored by Ginkgo Bioworks and hosted by Christine Gould.

The session kicked off with a talk from Dr. Ted Fjällman, CEO of London-based Prokarium, which hijacks an attenuated strain of Salmonella enterica as a delivery vector for oral vaccines and for microbial immunotherapy applications.

Fjällman began with a simple question: “How can we tame and...expose them to the right environment so that we can get ‘microbial wolves’ to work for us?”

While research has historically focused on microbes that cause harm and how to stop them, Prokarium instead enlists these so-called ‘microbial wolves’ of the body, like S. enterica (some strains of which cause Typhoid fever or food poisoning), to fight against disease. Attenuated strains of S. enterica have already demonstrated efficacy as oral vaccine delivery systems in numerous clinical trials, but Prokarium wants to take this strain to the next level.

Fjällman highlighted Prokarium’s development of an engineered S. enterica that functions as an oral vaccine delivery system against Yersinia pestis, the plague-causing bacterium, which has proven effective in preclinical trials. The company will take this engineered strain to the clinic this year, together with the UK’s Defence Science and Technology Laboratory.

But Fjällman announced further plans to harness the potential of this once-dangerous microorganism, elaborating on the capabilities of S. enterica as a tool to release cancer-seeking payloads that modulate tumor microenvironments.

“ is able to get into a tumor and…bring a payload or cargo that can modulate the tumor microenvironment,” said Fjällman. Prokarium believes that attenuated S. enterica, which is advantageous relative to other delivery vectors because of its large size, could also work synergistically with other therapies, making it a powerful contender for state-of-the-art immuno-oncology applications.

Ena Cratsenburg, Chief Business Officer at Ginkgo Bioworks, was next to speak. Founded in 2008, Ginkgo Bioworks has dramatically advanced the ease of engineering biology in the last decade. As a platform company, their technologies for organism engineering expedite the progress of their partners in developing bio-centered solutions to complex problems.

Cratsenburg focused on Ginkgo Bioworks’ recent partnership with Synlogic, a publicly traded, clinical stage biopharmaceutical company that has advanced two drug candidates to the clinic in the last 3 years. “We are really excited to be working with on the development of synthetic biotic medicines,” said Cratsenburg.

Synlogic’s clinical drug candidates both address missing, or inefficient, metabolic pathways by operating within the gut microbiome of a host. In recent months, Synlogic has published their pioneering success in developing live bacterial therapeutics to treat both phenylketonuria and hyperammonemia. Both of these living medicines have advanced to clinical trials.

Cratsenburg emphasized the power of coupling Ginkgo Bioworks’ parts collection and automated pipeline for rapidly generating high-quality drug candidates with Synlogic’s proven expertise in bringing leads to the clinic. The unique synergy between the two companies is poised to accelerate the development of living therapeutics.

“Right now, living medicines are designed in a very artisanal way. It is something that is done in a low-throughput fashion. It needs to be designed and tested, but in vitro testing and animal models are very expensive. So the whole idea behind this collaboration is that we develop some high-quality leads that go into subsequent testing and screening that generate high-quality drug candidates,” Cratsenburg explained.

Together, the companies aim to accelerate the living medicine pipeline, from chassis to metabolic pathway on Ginkgo’s end, all the way to preclinical, translation, and delivery by Synlogic.

Reimagining Antimicrobials with CRISPR-Cas3 and Bacteriophage

The session’s third panelist, Paul Garofolo, is optimistic about the microbial resistance pandemic. As the CEO of Locus Biosciences, he is set on the ambitious goal of reimagining antimicrobials and aims to attack the daunting onslaught of antibiotic-resistant microbes using synthetic biology. “Pathogens are killing more and more people every year and that trend is due to continue,” said Garofolo, emphasizing the need for fresh perspectives.

Locus Biosciences has a unique approach to this dilemma. The company has been working on a distinct type of antimicrobial that combines CRISPR-Cas3 and bacteriophage to selectively cull a bacterial population. Garofolo highlighted the utility of this nanoscopic cocktail, stating, “We’ve built a technology platform called crPhage; it is CRISPR-Cas3 engineered bacteriophage, which is the only technology in the world that can reach into the human body and selectively and precisely remove a bacterial species without touching any of the other good bacteria that sits inside the body.”

crPhage is so effective because it functions with “duplicative mechanisms of action”; the Cas3 enzyme nicks DNA in a targeted bacterial genome and permanently destroys the strand, which triggers the bacterium’s death. The other half of this duo, explained Garofolo, is the bacteriophage itself. Bacteriophage have been used as antibacterial therapy for more than a hundred years, and in some applications have been granted generally regarded as safe designation by the FDA.

The technology is also generating a good deal of buzz to investors. In the last 24 months, Locus Biosciences has raised 25 million dollars. In the summer of 2018, the company also acquired EpiBiome, which has expanded its capabilities in the automated construction and discovery of bacteriophage – Cas3 cocktails with effectiveness against specific bacterial targets. And, earlier this year, Locus entered a collaboration and license agreement with Johnson & Johnson innovation to develop CRISPR-Cas3 bacteriophage therapeutics.

Locus Biosciences, with their recent funding and technology developments, aims to go from identification of a de novo bacterial target to submission of an IND package for preclinical trials in 12 months or less. This ambitious timeline is made possible, in part, because of the FDA’s dire need for medicines that address serious or unmet needs – antimicrobial-resistant bacteria included.

Garofolo closed his portion of the talk by highlighting the company’s plans for therapy development. “What we are trying to do…is to reach in to a different location of the human body and prove that CRISPR-Cas3 can…selectively remove only the bacteria that we are targeting,” he said. “We’ll start with the bladder, then move to the lungs, we’ll then go to bloodstream infections…and then eventually work our way through to the gut.”

For decades, scientists have worked towards identifying causal factors that link gut microbial dysbiosis with specific diseases. Among the strongest links identified thus far in this quest has been the connection between the microbiome and immune system development.

“80% of the immune system is associated with the gut and that immune system is developing very rapidly in the first few months of life,” said the next panelist, Dr. David Kyle. As the Chief Scientific Officer at Evolve BioSystems, a company that develops biological solutions for maintaining healthy gut microbiomes, Kyle wants every baby to develop a healthy microbiome in their formative years.

Evolve BioSystems recently conducted a clinical trial in which, from a group of seventy babies, “half of those babies supplemented in the first few weeks of life with B. infantis and compared to standard of care,” said Kyle. “We looked at the outcome of the babies for the first two months and they all looked the same….on the outside. But it was a different story on the inside. The babies that were fed the B. infantis had a robust colonization of ...whereas in the babies that were given the standard care, the gut microbiome was dominated by opportunistic pathogens, Clostridia, E. coli and Enterobacteria.“

After looking at results from the clinical trials, Evolve BioSystems began to implement B. infantis as a method to restore dysbiotic gut microbiomes in infants. Shortly after, the company rolled out their hallmark product, Evivo, which is a probiotic supplement that restores the infant microbiome to its natural state, thus reducing the number of opportunistic pathogens in the gut.

While Evivo has already generated considerable media attention, Kyle emphasized the array of benefits associated with B. infantis supplementation, including higher resistance to inflammation and reduced prevalence of allergies, asthma and Type 1 diabetes.

The final remarks on living medicines were delivered by Travis Whitfill, Co-Founder and Chief Scientific Officer of Azitra, which harnesses synthetic biology and strain engineering to deliver therapeutic proteins to the skin. Staphylococcus epidermidis, a healthy microbe that operates as part of normal human flora, is the company’s central workhorse.

“We can engineer microbes to deliver therapeutic proteins to the skin for skin disease. The idea is that we can essentially create a protein manufacturing facility in situ and have that colonize the skin and secrete proteins,” explained Whitfill.

S. epidermidis is a useful shuttle to deliver therapeutic proteins because it already possesses beneficial characteristics; it is anti-inflammatory and can promote wound healing, for example. Whitfill emphasized Azitra’s suite of tools to engineer S. epidermidis for skin therapeutic applications, including “a secretion signal that exports the proteins out of the cells...and cell-puncturing peptides that help facilitate transdermal delivery of the proteins that we want to express through layers of the skin.” Using additional tools, such as promoter libraries, Azitra can effectively tune the amount of proteins that S. epidermidis delivers to the skin.

The team also has a grant from the US Department of Defense, which the company used, in part, to build a platform to “identify potential compounds and bioactives from skin commensals and develop them into potential therapeutics for skin infections,” said Whitfill.

Azitra’s portfolio is intentionally broad, aiming to address both pharmaceutical and consumer markets. The team is engineering S. epidermidis to help treat eczema (by secreting filaggrin), Netherton syndrome (which causes red and scaly skin) and psoriasis (via secretion of IL-10). On the consumer side, Azitra is also leveraging S. epidermidis as a therapy to treat rough or dry skin by secreting different validated protein-based therapies, which the company aims to take to the clinic in early 2019.

The Future is Bright

Living organisms are ushering in the future of therapeutics, with synthetic biology at the heart of it all. The experts at SynBioBeta 2018 offered compelling arguments for why genetically engineered organisms offer such unique approaches to treat and prevent diseases, but many living medicines are still in their infancy, with relatively few advanced to clinical trials thus far. This year will prove transformative for companies in this sector as new partnerships are forged, cutting-edge technologies are developed and numerous living medicines -- that treat everything from skin and gastrointestinal diseases to cancers -- advance to clinical trials. The future of living medicines is looking brighter every day.