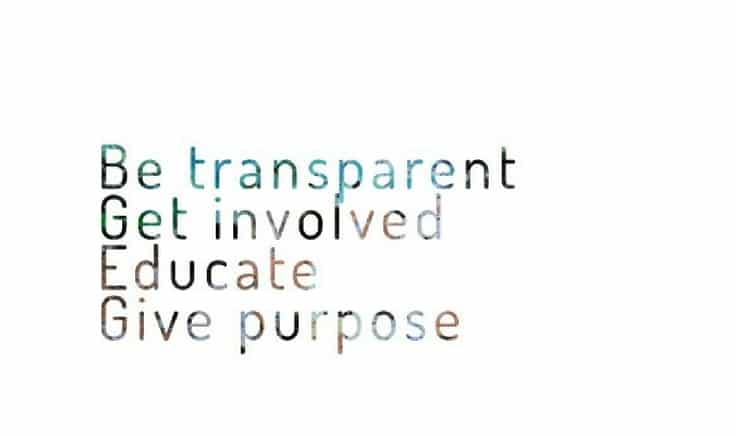 “Scientists, while competent, are not necessarily warm.” This is how the subject studies of Princeton Scholar Dr. Susan Fiske classified scientists in comparison with a variety of other occupations. The study focused on these two key dimensions to see how society as a whole makes sense of scientists and came out, unsurprisingly, with less than stellar results.Because let’s face it: scientists are weird. We are the kid that stayed behind when the rest were off playing soccer, or the one that codes all through a Friday night because they want to, the one that considers an equation or a colony of bacteria beautiful. Which is not bad per se. But when one is that kid, there’s something they tell you that sticks to you all the way through your professional life.That “It’s okay if you’re not good with words, or people. You are a Numbers person. A Science person.”Even in popular fiction there’s a portrayal of scientists that comes with detachment and coldness, either from or due to social isolation. Sometimes we even pride ourselves on being the smart outsider: it means we are more rational, more introspective, maybe. Coming back to the terms of Dr. Fiske’s study, it maybe even makes us feel more competent. And being seen as cold while competent might not seem problematic, the study reminds us, “until one recalls that communicator credibility requires not just status and expertise but also trustworthiness (warmth).”Because scientists (in TV, in books, in fictions) are also the ones that stay on the sidelines.Science has been seen as cold and foreign for too long, when its image should be right by the quest to change the world for the better. Because knowledge by itself or intelligence isolated are not enough if not put in the service of those who need it, if not properly communicated to those who need to hear it. It’s easy to blame the public for being uninformed or closed-minded, but it was us in the first place that haven’t tried hard enough to reach out. Let’s stop that now.Here are four things the scientific community can do to bring warmth back into science.

What’s the best way to let a rural town in Brazil know you will be releasing millions of GMO insects in their neighborhood? Ask Oxitec (now part of Intrexon) and they might tell you – make a jingle about it and blast it from a van for everyone to hear. In a recent interview with CEO Hadyn Parry, I received a masterclass in transparency for something as easy to misunderstand by the general public as GMOs, where the focus was the importance of communication itself. “What we’ve always been very keen on is making sure that we’re very open and transparent and easy to communicate as a company” said Hadyn. “After all, you are doing something that’s a world’s first, and therefore you need to be able to reach out into the community, and explain what you’re doing. Communications is in the core of biology engineering – it’s absolutely critical, and often companies and academics make it far too complicated.”So how can each of us implement this radical transparency without overcomplicating things? The answer lies in understanding your audience and your privilege as an educated scientist. As Hadyn summarized: “You can’t expect members of the public all to be expert biologists. You have to focus on what (your work) means to them – to the problems they are facing.” It’s also about how the message is worded. “If you’re too simplistic, you will receive criticism for being patronizing. If you’re too complicated, people won’t understand you.”

If you fear being misunderstood, you might avoid communicating. Don’t. That’s what got us into this mess in the first place.In an era of post-truth and other terrible words, scientists have the obligation of showing what they do and why it matters – we need to step out of the shadows and into the public, fear of speaking up or of being misunderstood should be long forgotten in the face of ignorance spreading and research budgets being cut all over the world. Studies have already shown that something that might seem as vain as engaging with a small audience on twitter regarding our research actually results in a higher h-index in publications, and it also contributes to erasing the stereotype of the cold (cold being a gateway for untrustworthy or worse, immoral) scientist by showing real scientists in their everyday life and research and humanizing them through individuality and accessibility. You don’t have to jump onto the stage to proclaim the benefits of your research T.E.D. style if you’d rather get bitten by a fire ant than speak in public, but you can take a selfie and upload it to Instagram and tag it #sicentistswhoselfie, or join an initiative like Real Scientists on Twitter. And once you’re comfortable enough sharing your work on social media, you might find it in yourself to get involved in public debate and speak up, even outside of a screen.

Not everyone was born to be a teacher, but when your aim is to change someone’s preconceived notions (be they about science in general, scientists and their role in society, or anything you’re passionate about) there is no better tool than educating them. It might be as simple as a one-on-one talk with a friend or family member where you can clarify concepts without patronizing or, better yet, answer questions born of their own interest without trying to sound smart, but focusing instead on giving them the information they need before they turn to Facebook for answers. Or it can be something on a much, much bigger scale. Take for example Ginkgo Bioworks. As a flagship of synthetic biology, the company has not only focused on perfecting their technology to design custom microorganisms, but has also kept an avenue open to collaborate with synbio education-focused entities such as the BioBricks Foundation and iGEM, for example, through last year’s EMW Youth Science Initiative. And of course, they also happen to be educating other industries on another one of my favorite topics: diversity in tech. Proof that technical and social do not have to go their separate ways.And if your company is more traditional than Ginkgo or you don’t want to spend your Sunday family lunch being tested by anti-GMO Uncle Joe, there is still something you can do. I continue to be impressed by IDT’s mailing list, which is surprisingly informative for such a technical company, and the fact that they offer open seminars and educational resources on the latest developments makes it even greater. So host a seminar, have a conversation; either way, aim to make somebody’s understanding of the world just a little bit more interesting whenever you have the resources to do so.

If you come from an entrepreneurship background you will quite likely be familiar with the classic Silicon Valley-powered dichotomy of startups: do I make the world better or do I make money?Scientists generally don’t see themselves as someone who would have to answer this question – after all, most of us are still figuring out how to make money. But that might not be what the public sees. The idea of certain researchers being paid off to present results a certain way, which sadly has happened, is scorched into many people’s imagination, further undermining the perception of trustworthiness.Something that counters this is Purpose.Science for the sake of science is beautiful, but what we need now is for it to be used for something. The capacity science has to impact life as we know it is very much infinite, and as Sean O’Sullivan of SOSV reminded us at Indiebio’s Demo Day, definitely broader than its app and web counterparts. Having purpose behind your research (and being vocal about it), whatever it might be, not only gets you up in the morning after merely four hours of sleep with a hundred failed experiments weighting on your eyelids. It gives you your North Star, a sense of duty, and a holistic perspective about what you can do for the world; and therefore, makes you someone others can believe in.These are all things we as scientists can adopt into our lives in and out of the lab. They can be the small changes we need in order to get more people into science, or to form a better political institution in the countries that lack it, to advance the legal and social frameworks that rule research, to create the solutions other corners of the world need using the tools we have in our hands now.Above all, we must understand that science does not exist in vacuum, and the way it is perceived is shaped by the way we act, the way we work, and the way we talk. And it’s no small work that we do, either. It deserves to be heard and understood because the impact it can have can sometimes escape us. Because, and here I turn to Sean again, “this is not another app. This is not an e-commerce place that may go for a year or two and die out. These are things that are actually going to affect our lives, for all of us.”