On solving the brain: Ed Boyden and the new neuroscience 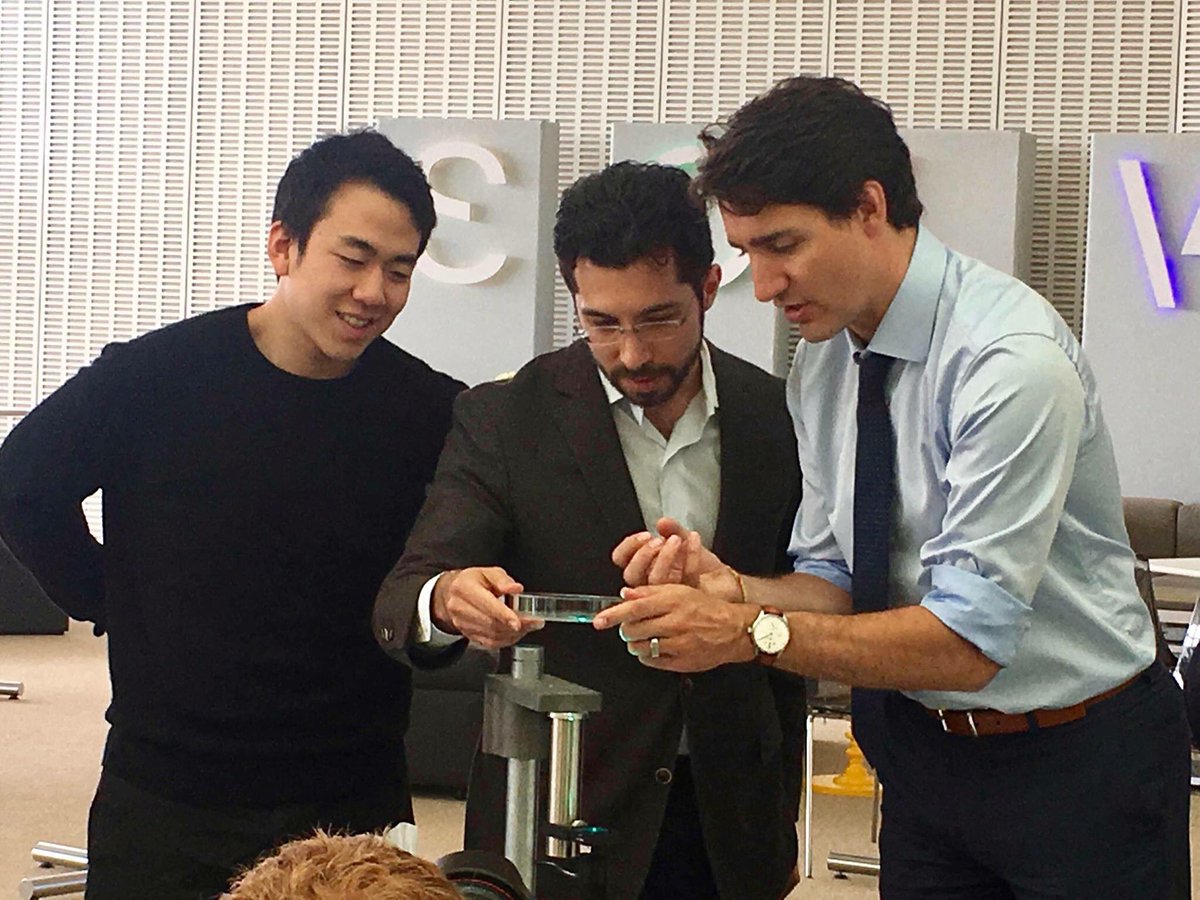 On solving the brain: Ed Boyden and the new neuroscience

On Ed Boyden’s Twitter feed, you’ll find a picture of him with Canadian Prime Minister Justin Trudeau. Boyden, wearing a blazer, no tie, and glasses, holds up a Petri dish as Trudeau, sleeves rolled up and tie loosened, leans in to examine the sample. Although both are dressed in a typically professional manner, Trudeau's boyish face and Boyden’s hipster scruff reflect how in their respective fields, these young idealists have earned power and influence usually reserved for more senior leaders. Trudeau, 46, may be better known worldwide, but in scientific circles the 38-year-old Boyden has a similar reputation as a precocious thinker pushing neuroscience into the next age of discovery.Gifted from a young age, Boyden graduated from college at 19 and subsequently earned degrees in physics, chemistry, electrical engineering, and neuroscience. His vast interdisciplinary knowledge and perspective have enabled him to develop ingenious innovations in neuroscience."Chemistry, physics and engineering are very ground truth sciences. For me, they are solution domains,” Boyden says. “I want to use these solutions domains to tackle a problem domain like neuroscience."Boyden wants to solve the brain. He wants to know what a feeling, thought, or decision looks like, and how information flows through neural networks. How to understand and improve the human condition from a neurological perspective. He ultimately aims to computationally create a map of the brain to enable further detailed study of the complex interaction of high-speed, multifaceted biological systems. However, this is no simple feat, as there are numerous components that need to be modeled cohesively yet are not necessarily pieced together easily.“The brain is a large three-dimensional object,” he says. “The connections , on the other hand, are nanoscale. How do you see a large 3D object while still identifying those individual molecules and how they are organized?”Most scientists have tackled this problem by zooming in and approaching the limit of light diffraction, or the threshold for increased resolution of an image due to the bending of light when moving through a different medium. Although the concept of looking at the “least common denominator” of size has its merits. But Boyden, with his unique background, had a different idea.He approached the problem from the opposite direction, and went big instead of small. He developed expansion microscopy, a means for neurons by using a polymer that grows with the addition of water. Like drawing a picture on a balloon and then inflating it, the neurons mounted on the polymer stay in the same relative orientation but are stretched apart, making them visible on a less advanced — and less expensive — microscope.Expansion microscopy is far from Boyden’s only contribution to science. He started Cognito Therapeutics to apply his optogenetics technology to treat Alzheimer’s disease. Patients watch movies with specific light patterns or listen to sound patterns that, in theory, turn on the brain’s immune system to clean out chemical debris associated with the disease. The full-scale clinical trial is ongoing, Boyden and his team plan to publish their results soon.“Academia is good for doing the first of something or proof of concept, but if you want to do something at large scale, companies are much better.” Boyden says. “ you can’t do at a university, and that are really hard to do at a non-profit. I see entrepreneurship as an engine of scale and getting into the world.”Always a trailblazer, Boyden is not a typical competitor in the startup space. He relinquishes much of his competitive advantage by freely allowing dozens of other scientists to use his tools, which in turn enable them to make groundbreaking discoveries. Just last year, Michael Rosbash won the Nobel Prize last year using Boyden’s expansion microscopy to map circadian rhythms in flies to the actual neural patterns in sleep and wakefulness. Another group of researchers mapped differences in the cell structures of epileptic human brains. Each of these projects and all the others utilizing his tools are part of Boyden’s ultimate goal: to fundamentally understand and optimize human existence.“We share tools because if we built something that can solve 1000 problems, it makes no sense to hog it all for ourselves,” he says. “I want to do whatever it takes to accelerate humanity as fast as possible.”Whether that occurs through collaboration with politicians, industry, other scientists, Boyden is on a surefire trajectory to continue tackling seemingly intractable problems with a unique approach and truly impact humanity.Ed Boydenwill be speaking at SynBioBeta 2018, The Global Synthetic Biology Summit, in San Francisco on October 1–3 (part of Synthetic Biology Week). Register now