Partnership Between Global Bioenergies and LanzaTech Makes Biofuels Even Greener 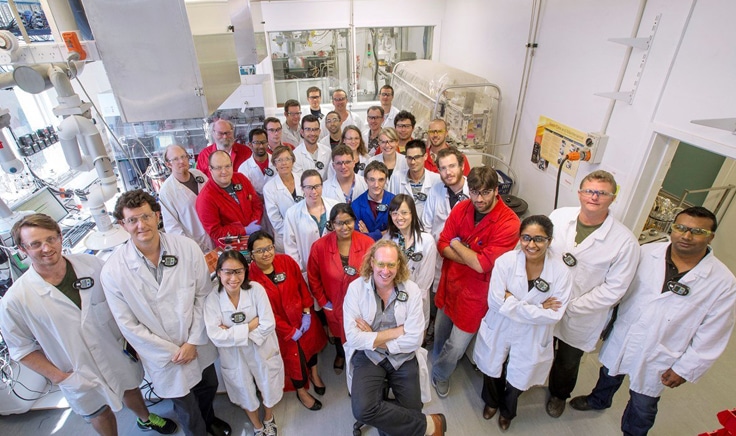 Partnership Between Global Bioenergies and LanzaTech Makes Biofuels Even Greener

Industrial synthetic biology has been a force for producing a greener world since its inception. With many having an original focus upon biofuels, companies in the space have been turning the chemicals that harm the environment into ones that are useful to people. Biology has already evolved a particularly strong set of tools we can harness for dealing with harmful chemicals, since life has adapted to survive in an incredible range of environments. On January 11th, biofuels company Global Bioenergies and waste gas-capture company LanzaTech inked an agreement to develop an integrated pipeline for turning waste gas into isobutene, further expanding their ability to turn harmful byproducts into useful compounds.

This agreement ties Global Bioenergies, which uses engineered microbes to produce isobutene from waste sugars, together with LanzaTech, which has another unique microbe that can turn CO and CO2 into useful commodities. The goal of the new endeavor is to connect these two systems in order to directly convert gasses to isobutene. The partnership has actually been in place since 2011 when the two companies began exploring the potential of integrating their two systems. The results of their cooperative development have proven promising enough to embark on a more serious exploration of commercial potential.In the press release announcing the partnership, Jennifer Holmgren, CEO of LanzaTech, stated: "The expansion of our synthetic biology portfolio has shown gas fermenting microbes to have the same capabilities as sugar fermenting organisms.” By removing sugars from the feed source, this technology will remove the “food or fuel” conflict that comes from using farmland to feed microbes and not people. The amount of land that is required to produce biofuels is a cost that often isn’t included in the calculation for how green biofuels are. For example, converting the U.S. to corn-based biofuels would require dedicated farmland twice the size of Texas. The results of this partnership will be able to make use of a carbon source that would otherwise be useless, which has huge environmental, political, and economic benefits.LanzaTech, based out of New Zealand, began by showing its gas-fermenting microbes could convert CO to ethanol. Since then, the company has worked diligently through strategic partnerships to expand both the input gasses and the variety of fuel types available for production. In addition to CO, LanzaTech’s microbes can now ferment CO2 and can produce jet fuel, propylene, and butadiene. LanzaTech partners with steel mills in China to capture the waste gasses for production of a variety of commodities. This is gas that would be otherwise released into the atmosphere, and every tonne of ethanol produced through this process captures 1.8 metric tons of CO2, equivalent to taking a car off the road for four months. LanzaTech is a private company; it has raised $200 million in venture funding.

Source: LanzaTech.France-based Global Bioenergies has been developing microbes for isobutene production. This molecule has a broad range of applications, from biofuels to plastics and paints. Currently, Global’s microbes use waste sugars as feedstocks, and can achieve profitability with oil prices as low as $50 a barrel. Global Bioenergies has a partnership in place with Cristal Union to build its first production facility. The company is public, trading on the Paris Stock Exchange. This agreement will broaden the types of input compounds that Global’s microbes can feed off of, decoupling their costs from the food market and making their process that much greener.