Plugging into the Immunology Matrix 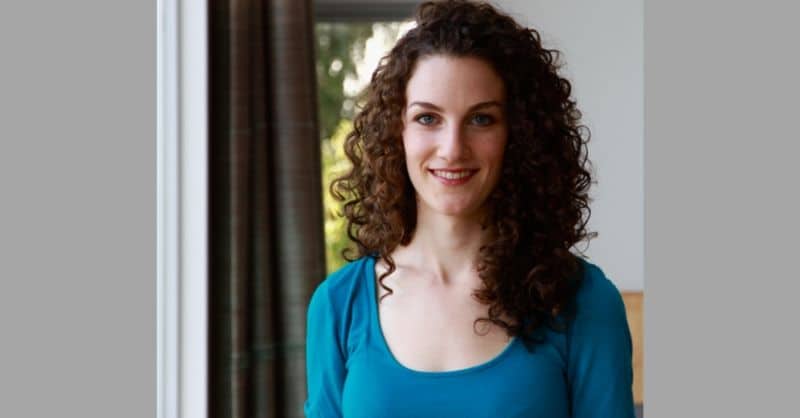 Plugging into the Immunology Matrix

Antibodies are the human body’s most versatile and effective system for protecting the body from foreign threats. Because of their unique structure, antibodies can specifically recognize and bind to pathogens and other foreign molecules. When they do, they signal the immune system to attack and eliminate the invader, acting as custom-made seek and destroy missiles against viruses, bacteria, toxins and rogue cancer cells. Antibodies bind to foreign molecules, or antigens, in a lock and a key mode: specific antibodies for specific antigens. The human immune system has the potential to produce an estimated 10^14 different antibodies, of which each of us makes over a billion at any given time. Once an antibody binds to a pathogen, the immune system drives a rapid evolutionary process of random mutation and selection that creates highly optimized antibodies with exquisitely precise antibody-antigen recognition.Scientists are leveraging this natural process, evolved over 300 million years, to create the next generation of specialized drugs and therapeutics. In the past five years, the market for monoclonal antibodies has doubled to over $120B, making it the fastest-growing sector in biotechnology. Lab-created antibodies have been used in everything from pregnancy tests and cancer drugs to Ebola treatments. The best selling drug in the world, Humira, uses antibodies to treat arthritis and other inflammatory diseases.The first step in developing the next blockbuster antibody therapeutic is isolating a set of high-quality antibody candidates from an immune response. Yet because of the trillions of potential antibodies, it remains an immense challenge for scientists to uncover the rare few that have what it takes to become breakthrough therapies. Traditional antibody discovery technologies are woefully inefficient and lack the throughput and speed needed to find the few needles that are hidden in the giant haystack of the mammalian immune system. AbCellera, a biotech and big data company in Vancouver, Canada, has built the industry's leading discovery platform, a technology that allows for analysis of antibody responses more than 10x faster and 100x deeper than current methods, while at the same time providing more detailed information on the sequence and properties of each antibody. By unlocking the diversity of antibody responses, this platform is helping the world’s leading pharmaceutical companies to advance their programs, delivering large numbers of high-quality antibodies and the data needed to predict which ones are suitable for development.

The front end of AbCellera’s antibody discovery is a data mining and visualization tool called Celium. By combining the power of computation with genomics and high-throughput microfluidics, AbCellera can test millions of antibody variants in a single day to uncover the few with desired biological characteristics, increasing the speed of discovery from months to days.AbCellera’s team screens millions of immune cells that each make a unique antibody molecule. Through this process they collect data about the initial target antigen, the immune response to that antigen, the binding properties, antibody sequences and their relatedness to others, and a variety of biophysical characteristics, including expression level, aggregation, thermal stability, and affinity, that determine the potential to manufacture each antibody as an effective drug. The result of this technological tour de force is the generation of terabytes of multidimensional data that links single-cell measurements, DNA sequences, antibody binding properties, target binding sites, and protein biochemistry. And while this unprecedented amount of data is an asset to scientists, it’s also their greatest challenge. A simple spreadsheet can’t organize a data set of this size and complexity in a way humans can digest, even humans with PhDs.

“Humans are good at detecting patterns and seeing relationships, but that ability to process a lot of data breaks down completely when you put it on a spreadsheet,” explains Carl Hansen, AbCellera’s CEO. “It’s like trying to read ‘The Matrix’. Celium is this high-bandwidth co-axial cable that plugs right into the visual processing of your neocortex, and boom, you know kung-fu!”Celium allows scientists to visually slice and dice the data, and to interactively explore the diversity of antibody responses. It creates a dynamic visual network that makes interpreting the properties and connections of antibodies intuitive.“It’s a user interface to better understand the diversity of natural immune responses, ask questions, and get real-time feedback,” says Hansen.The software creates a network where antibodies with similar DNA sequences or similar biological functions are linked in a visual space. In this format, scientists can more easily identify patterns, gain insights, and find the most effective treatments. Each antibody’s relative location on the map is based on its evolutionary relationships or sequence similarities with other antibodies. With the antibody data in this fluid format, Celium allows scientists to interactively explore antibody space and overlay data based on binding affinity, immune compartment, clonal lineage, and antigen cross-reactivity. Scientists can directly compare antibodies based on any of the above characteristics to find the exact qualities they are looking for. You can save antibodies, export and test them, and then return to your treasure trove of sequences to pick more whenever you want.

The Netflix of antibodies

If your target is still elusive, AbCellera can expand the information ten-fold with repertoire sequencing, a technique where the DNA code of a much larger sample of the immune system is acquired. Then, by comparing these DNA sequences to a previously identified antibody, the software can find and suggest other antibodies that might have more desirable therapeutic properties.Maia Smith, Data Visualization Lead at AbCellera likens it to Netflix.“Just as Netflix will show you movies similar to movies you liked before, Celium will show you antibodies with similar to the antibodies you’re already interested in,” she explains.In addition to intuitive exploration of large and complex data sets, Celium provides a window into the suite of analytical and machine learning technologies that leverage AbCellera’s unique multidimensional data to predict the best antibodies for drugs directly from sequence, without having to go through years of testing.Today, Celium is helping scientists to predict which antibodies out of hundreds could make good drugs with the best chance of success at treating or curing disease. Being able to accurately suggest a more effective antibody will help solve one of the largest problems in drug development: that less than ten percent of drug discovery programs result in a successful drug.“When we enter into a discovery project, a partner may have been working on a program for a long time, up to a couple of years, without success,” Hansen said. “And within 3-6 months, where they were stuck, we are able to come up with hundreds of unique antibodies against these targets. Celium allows our clients to display and interact with that data to help quickly find the best antibody to move forward.”And each time AbCellera expands its encyclopedia of multidimensional data, linking DNA sequence to antibody properties and function, the power of its platform increases. Instead of randomly throwing darts at the endless list of antibodies, this platform can computationally eliminate options and focus on the most promising candidates.“In the future, as our data set grows and we refine our machine learning techniques, we hope to be able to predict much more about the function of any antibody from its sequence alone,” Smith says. “That’s the holy grail of immunology.”AbCellera has the immune mining technology and is generating large carefully curated datasets that will allow them to do just that, potentially shaving years off the drug discovery process.AbCellera’s team is mining huge amounts of complex data from large and insanely complex immune systems, and with the help of Celium, they are organizing it, making it readable, and using machine learning to decipher the hidden rules of antibody responses. With a full-stack solution of data collection, analytics, and visualization, they are plugging into The Matrix of immunology.Maia Smith, Data Visualizations Lead at AbCellera, will be speaking at SynBioBeta 2019, Tuesday, October 1 at 1:30 PM.