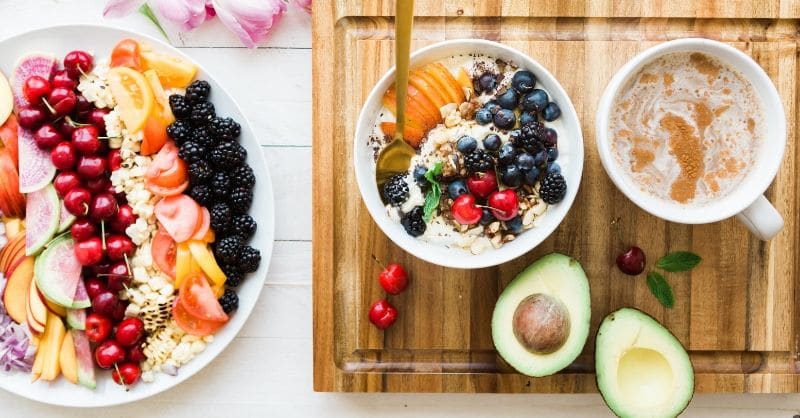 The human body does not exist in a vacuum. On the contrary, we are in close proximity and constantly interact with numerous microbes – according to a recent study there are as many microbial as human cells in our bodies. The genetic diversity they bring is staggering: a human cell contains around 20,000 genes, while the microbes contain 2-20 million of different genes!Microbes are not mere parasites, but they form symbiotic relationships. Microbes on our skin are effectively part of defense mechanisms against pathogens. Lactobacillus species are important to the vaginal health. Microbes form dynamic communities in our oral cavities, lungs, and bladder. But the most important microbiome may be the one residing inside our gut.

Skin metagenomics and relative abundance of viral, bacterial and fungal components of the microbial community. Credit: Darryl Leja, NHGRI. The organs of our digestive system host around 500 species of microbes; their composition changes according to our diet, exercise habits, medication, travel, and whether or not we are sick. The bacteria in our gut break down complex carbohydrates that we cannot (think veggies!), help in the biosynthesis of vitamins, and they play a role in metabolic disease. It comes as no surprise that the gut microbiome is a field of extensive research, especially as the experimental and computational tools needed to analyze the microbiome develop and become more widely available.As our knowledge on the microbiome increases, researchers try to define correlations between different microbiomes and human conditions. The (probably billion dollar) question is, could altering the microbiome result in solid health benefits? And could synthetic biology be part of a new era in the human gut microbiome, where targeted interventions can cure patients or increase their quality of life?

Synlogic, a Boston-based startup, rocked the waters in 2018 when they announced several clinical trials on using engineered probiotics to cure metabolic disease. Their approach is simple: when the accumulation of a toxic metabolite in the gut is causing a disease – such as in hyperammonemia or phenylketonuria – a modified bacterium can break down the metabolite and act as a form of treatment. The patient can consume the engineered probiotic and see relief from the symptoms fairly rapidly.Synlogic researchers used this approach for the aforementioned conditions. They engineer a strain of E. coli that is naturally found in the human gut to express and secrete the enzymes that break down the toxic compound. And on the way, they enlisted Ginkgo Bioworks to facilitate advancement of their technology. According to Alex Tucker, program director at Ginkgo, the two companies joined forces to improve protein expression. Tucker says that “Synlogic came to us with a strain that produces four heterologous proteins, and we tested 900 variants. We approached the project in an agnostic way and got really exciting results!”However, the road towards making a working treatment is challenging. Synlogic discontinued their hyperammonemia treatment project when the clinical trial gave less-than-promising results. But the company has several projects in their pipeline, and I am personally rooting for their phenylketonuria project.Across the Atlantic, two vibrant startups aim to use probiotics as living medicine. French Eligo Bioscience is aiming to bring precision medicine to fruition. The company plans to target a variety of conditions, and recently secured $20 Million to fund their endeavour.The Copenhagen-based SNIPR Biome has similar goals. The Danish startup plans to modify the microbiome of patients using CRISPR, and they got $50 million funding from the Lundbeck foundation to develop their approach into a product. I had the chance to visit the company when I was in Copenhagen and had a chat with the employees. The founder and CEO Christian Groendahl was very welcoming, and shared with me his enthusiasm on the new field. The new research is exciting, there is something groundbreaking coming up every week, and there are for sure opportunities to turn this knowledge into medicines.

Improving our way of living

The obvious targets of engineered probiotics are metabolic syndromes and other microbiome-associate diseases. However, current probiotics are marketed as nutrition supplements and make no substantial claims to cure certain conditions. Part of this is because the mechanisms of action of these probiotics remain largely unknown, especially in the context of a thriving, existing microbial milieu. Could we bring probiotics to a whole new level by giving them targeted actions through synthetic biology?

A recent study from Joslin Diabetes Center in Boston and Harvard Medical School had a very interesting finding: the researchers discovered that some bacteria are more prevalent in the gut of marathon runners and they could increase the endurance of mice in the laboratory. The spin-off FitBiomics reached a licencing agreement with Harvard’s Office of Technology Development, aiming to explore and commercialize research in the space of using probiotics to enhance athletic performance.A few weeks ago, ZBiotics launched the first engineered probiotic to the market. The product acts effectively as a hangover cure, where an engineered microbe breaks down acetaldehyde, a toxic byproduct of alcohol catabolism. Zack Abbott, founder and CEO of the company, decided to move into the probiotics space after finishing his PhD. He says he wanted to make a product with “an obvious benefit to people, but not something related to cancer or diabetes.'' I asked him what the biggest challenge of developing the product was, and the response surprised me: “the science was straightforward since we knew what our microbe had to do. But figuring out the supply chains, who can bottle the probiotic, how to distribute and how to brand, that was tough.”

Zack Abbott, founder and CEO of ZBiotics, at SynBioBeta.

What does the future hold?

The interface between humans and microbes is exciting and full of possibilities. Engineered bacteria can potentially monitor our health status, modify the abundance of metabolites, detoxify metabolic byproducts, and deliver therapies in a precise manner. They can also be part of a healthy lifestyle and act as nutrition supplements.However, the fields of probiotics and microbiome research are already filled with a lot of hype and a lot of exciting promises that may never deliver. We recently started to understand how the microbiome is affecting health. So we need to be extra careful as a community on the expectations that we build and on how we design and test our products. We also need to increase the scope of the research to wider demographics.Nevertheless, I am confident that synthetic biology can transform the field of probiotics. The challenge is just bigger than usual. After all, we are talking about the most genetically diverse organ of our body!