Synthetic biology gets a makeover with Evonetix’s DNA synthesis technology 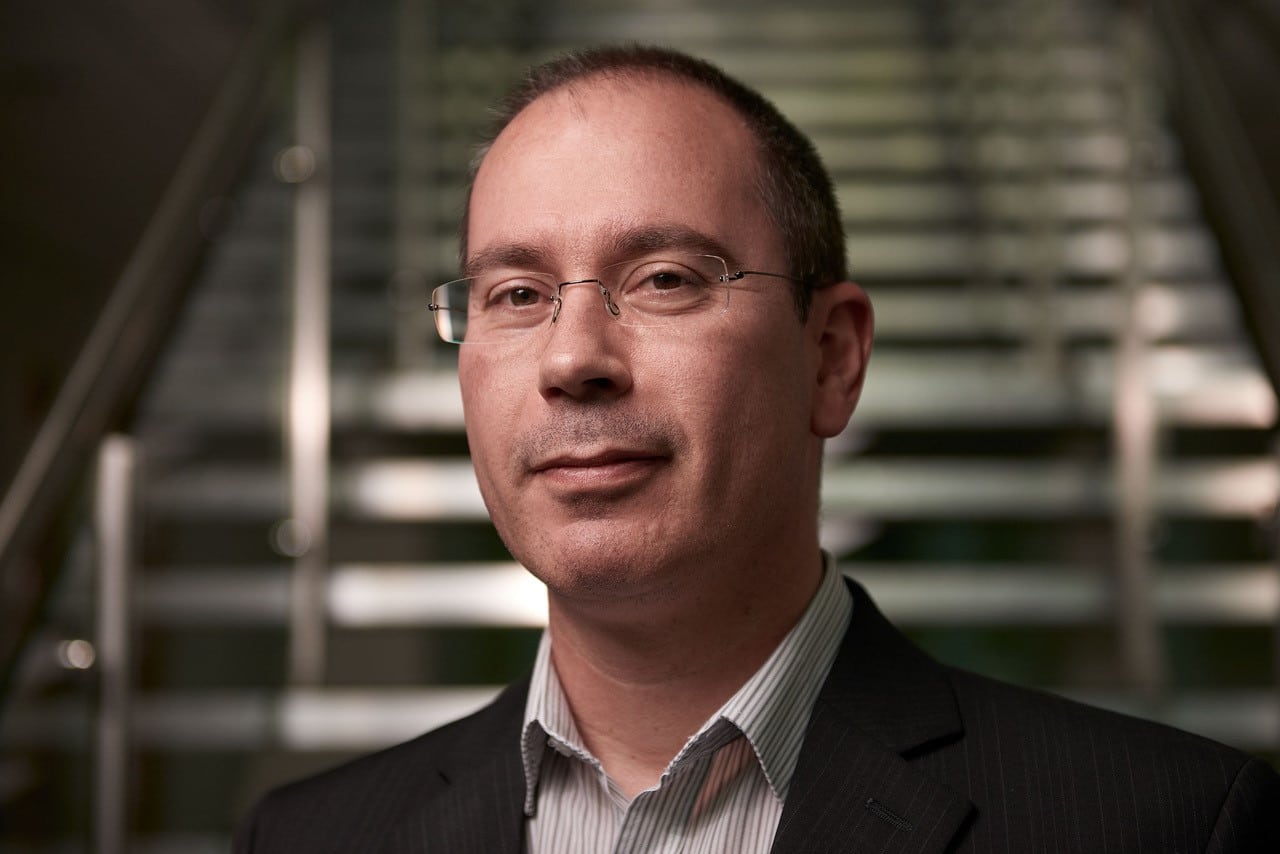 Synthetic biology gets a makeover with Evonetix’s DNA synthesis technology

Nestled in Chesterford Research Park, the same storied birthplace that gave rise to DNA sequencing powerhouse Solexa, physicists work side-by-side with chemists, biologists, electrical engineers and computer scientists. They all work to advance synthetic biology’s pinnacle technology: DNA synthesis.The interdisciplinary team at Evonetix, which opened its doors in 2015, is automating DNA synthesis with built-in error correction on a benchtop platform. They have advanced crucial elements of synthesis chemistry and on-chip systems to precisely regulate the assembly of nucleotides using thermal control. This enables errors in a DNA sequence to be detected and discarded at the molecular level. For an in-depth explanation on this technology, read SynBioBeta contributor Dave Kirk’s article. With an approach to a potentially superior DNA synthesis in hand, Evonetix is now planning its move into the synthetic biology market.

A Vision for Benchtop DNA synthesis

After securing series A funding at the end of last year, Evonetix quickly expanded their team to prove out the technology. Now, the team aims to manufacture a benchtop machine that can synthesize even the peskiest of sequences on-demand. For Dr. Matthew Hayes, the Company’s co-founder and CTO , this is a natural progression; the goal of improving DNA synthesis was always to place its power in the hands of synthetic biologists aiming to observe, probe, and engineer biology.“We think that will allow us to make a synthesis machine, a platform, to synthesize long strands of error-corrected DNA in an automated fashion,” says Hayes, envisioning a benchtop system for on-site DNA assembly. “What we aspire to do is to provide…an instrument that will automatically synthesize whole genes. If we can do that it will revolutionize the way people currently do synthetic biology.”Despite this ambitious goal, Evonetix’s team is confident because of rapid advancements made to their synthesis platform. “It’s a bold vision, but it’s a vision that is consistent with our fundamental technology,” says Hayes.“The core of our technology is all about thermal control. There are three aspects to that technology. One is a novel silicon platform that allows us to independently control temperature over many reaction sites whilst in the presence of a flowing liquid. The second aspect is a modification of phosphoramidite chemistry that allows us to make reactions exquisitely sensitive to temperature, so we can turn them on or off. The third aspect is an on-chip assembly approach, which allows us to create much longer fragments of DNA without the accumulation of errors that plague modern synthesis methods,” says Hayes.Each of these advancements were made as part of a larger goal; namely, to offer exquisite thermal control throughout DNA synthesis, while massively parallelizing the process.“When we assemble oligos, we don’t assemble the first strand to the second and so on. We have a process called binary assembly, where we assemble strands in pairs across the silicon chip. We then use thermal detection to remove ‘bad’ oligos,” says Hayes. “For us, this is a dynamic process. Once we have a hybridized pair, we increase the local temperature close to the melting temperature and exploit the fact that the dissociation rate is higher among mismatches than matches.”This process is revolutionary because hybridized oligos are extremely sensitive to temperature. Therefore, ‘bad’ oligos can be removed during the actual DNA assembly process, rather than solely at the end.“ is a bit like making a car by selecting parts randomly, putting them together, and then standing back and saying, ‘Did I make a good car?’” says Hayes. “The problem is, if you make a car out of a lot of parts, with a 1:200 error rate in the parts bin, you don’t make many good cars. What we try to do is take parts out of the bin, test them in small assemblies, and throw away the ones that would spoil a good car – or, in synthetic biology terms – we do test hybridizations with lots of oligos.”With a new approach in hand, Evonetix is gearing up to tackle some of the biggest challenges in DNA synthesis. But getting here wasn’t so easy.“Everyone has this goal of complete sequence freedom for DNA synthesis, and it’s a very big goal,” acknowledges Hayes. “There are aspects to our technology that should enable far more sequence freedom …for example, by controlling the hybridization order of oligos, we have far less restrictions in terms of G-C content and repeats; the main things that plague current assembly processes. Thermal control at the molecular level also means that we have a greater ability to control secondary structures during synthesis.”With greater control comes greater potential, but building the platform isn’t easy - it demands an intensely interdisciplinary approach to engineering.

The exceptional task of developing an error-correcting DNA synthesis technology could only be confronted by reaching out to disciplines beyond chemistry and biology. Evonetix realized this early on and are driven forward by team leaders that hail from disparate backgrounds.“My background is in electronics engineering,” says Hayes. “I used to run the chip group for Cambridge Consultants, a global product development and technology consultancy…and I was there for the best part of 16 years. I worked on HPLC, PCR, all different sorts of things.”Hayes realized that he could apply his unique experiences to DNA synthesis but would need to branch out to make the transition feasible.

The interdisciplinary Evonetix team, which now counts nearly forty members, in Chesterford Research Park. Image courtesy of Evonetix.“Cambridge Consultants wanted to make a move into synthetic biology, so I saw an opportunity to bring all of these different techniques that I had learned over the years to make a new synthesis platform,” explains Hayes. “ is a huge technical challenge, but it is such a great problem to try to solve that it was very attractive. We were very lucky because Cambridge Consultants and respected entrepreneur, Hermann Hauser, funded us for a seed round to show that the principles of thermal control and the principles of the controllable chemistry that goes with it were feasible. And we demonstrated that in 18 months.”In December 2018, Evonetix announced their Series A funding round, spearheaded by Silicon Valley investor DCVC and London-based Draper Esprit. This funding enabled rapid team expansion across broad discipline research areas and the area around Cambridge was ideally suited to the task.“The biggest sell for us is that it’s just such a cool project,” says Hayes. “People come here and see biologists and chemists working on the same machine as physicists and electronics engineers … that sort of exciting environment is something that people want to be a part of.”“We’re now nearly 40 people…we have a biology team, a synthetic chemistry team, a surface chemistry team, a physics team, an electrical engineering team, a software team and a mechanical engineering team. So, we have all the components necessary to do this…” says Hayes, who is confident that this team ultimately holds the key to deliver on their ambitious goals.Hayes and the team are excited about some of Evonetix’s recent milestones; they have synthesized oligos under thermal control using their novel chemistry and have built prototype chips that demonstrate the feasibility of miniaturization.The next step will prove even more formidable: bring the power of thermal-controlled synthesis to the synthetic biology community.