Technology is ready to confront climate change -- are we? 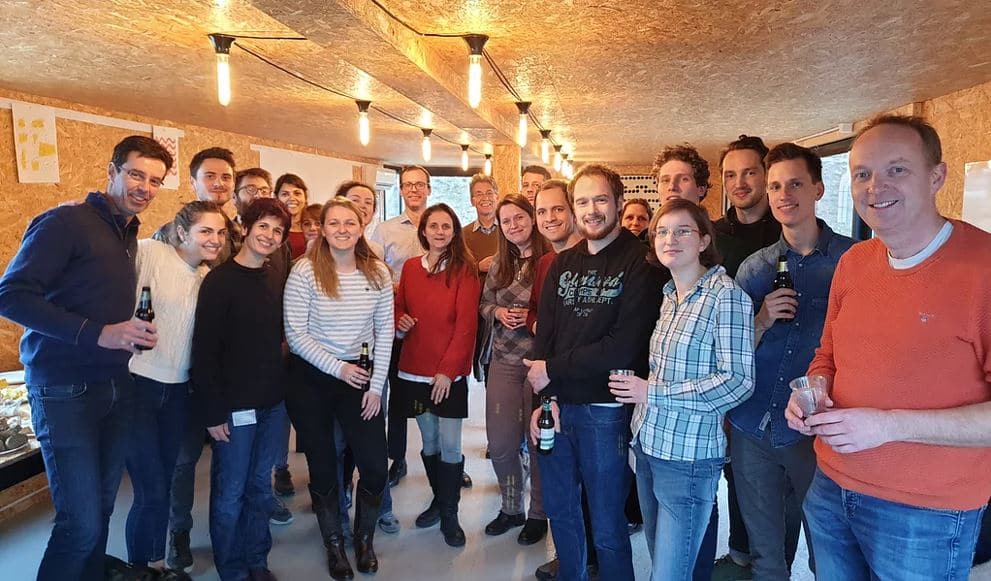 Technology is ready to confront climate change -- are we?

2019 is proving to be a historic year for climate change in many ways. One of these significant moments happened in February when New York Representative Alexandria Ocasio-Cortez introduced the “Green New Deal” -- a massive policy framework aimed at addressing climate change and economic inequality in the US.The feasibility of the Green New Deal is up for debate, but one thing is certain, Ocasio-Cortez’s activism has helped a lot more Americans understand how climate change affects their daily lives. Young people care about this issue the most. They are rising up in the streets and in the courts demanding for aggressive and sustainable climate policies.Although Democrats and Republicans remain divided on what climate change means and how to solve this problem, it’s clear there is bipartisan support for the development of green energy sources. Green energy is renewable energy from natural sources like sunlight, wind, and water. When compared to petroleum and other fossil fuels, renewable energy sources are better for the planet because they create a lot less greenhouse gas emissions and other environmental impacts.Passing and implementing policies that expand the use of renewable energy sources across many sectors is important in slowing and stabilizing the effects of climate change. The following synthetic biology innovations could help achieve this goal.

Producing the raw materials that comprise the things in our everyday lives create a huge burden on the planet. In the US, the manufacturing sector is the third largest producer of carbon dioxide and other greenhouse gases. These molecules trap heat and make the planet warmer.

Blue-green algae with nitrogen fixing cells. Credit: Odra Noel. CC BY-NCBut what if we could not only remove carbon dioxide from the air, but also use it to produce valuable materials? Two biotechnology companies, Photanol and Phytonix, are leveraging the photosynthetic powers of cyanobacteria to do just that.“We turn carbon dioxide into chemicals with sunlight. And in this way, we can provide a fully sustainable alternative for oil-derived products. Our cyanobacteria can do this more efficiently than agricultural platforms,” says Photanol CEO Veronique de Bruijn in an interview with Chemport Europe. “Our first three products will be organic acids for the production of polymers, among other things. And we may add terpenes, which have an even higher value.”Both companies are actively testing the technological and economic viability of their respective production platforms. Phytonix CEO Bruce Dannenberg tells SynBioBeta, “We expect Phytonix's solar chemicals and fuels to be cost leadership products which will be produced at less than half the cost of fossil incumbent producer products. This creates a dramatic profit incentive for utilizing our carbon negative technology to eliminate waste CO2 emissions via conversion to biobased fuels and chemicals, displacing and eventually replacing their fossil counterparts.”“We are currently working collaboratively with two multi-national corporate strategic partners (a large power utility and energy company based in Europe and a large industrial manufacturing company based in the southeastern USA) to deploy our carbon dioxide utilization (CDU) technology to capture their waste CO2 emissions and convert them to low cost solar chemicals and fuels. These would initially be pilot scale installations with rapid expansion to commercial scale. We expect initial outdoor pilot scale deployment in 2020.”

From food waste to renewable chemicals

Alternatively, Visolis utilizes an anaerobic microbe that feeds on CO2, food waste and agricultural residues to produce renewable chemicals. These chemicals are currently used in high-end cosmetic products. The company hopes to help taper off the manufacturing industry’s reliance on petroleum by producing renewable chemicals with various applications.

Deepak Dugar, President of Visolis, is thinking about the next 100 years. Source: https://synbiobeta.com/can-we-go-carbon-negative/At the 2019 Houston Innovation Day, Vice President of Sales Paul Peterson described Visolis’ competitive advantage, “The key to our success is our ability to identify these platform molecules with large downstream addressable markets. And then target those molecules for production via a combination of synthetic biology and chemical catalysis. We support this approach with a back end of high-throughput screening and machine learning in order to identify the key products and deliver a complete technology package to our partners across the world.”

With more political will, climate change could be stabilized

The world’s leading climate scientists warn that we have a dozen years to limit global warming to a maximum of 1.5°C. “Every extra bit of warming matters, especially since warming of 1.5°C or higher increases the risk associated with long-lasting or irreversible changes, such as the loss of some ecosystems,” said Hans-Otto Pörtner, a Co-Chair of the Intergovernmental Panel on Climate Change working group on impacts, adaptation and vulnerability.In their report, the IPCC was keen to identify different pathways for addressing climate change. “We show it can be done within laws of physics and chemistry. Then the final tick box is political will. We cannot answer that. Only our audience can – and that is the governments that receive it,” says Jim Skea, a Co-Chair of IPCC’s working group on mitigation.A new SynBioBeta 2019 theme will feature sessions and conversations that will help you learn more about the Green New Deal and its place in the future of synthetic biology. Register now!