The DNA Industry Is Going Cell-Free 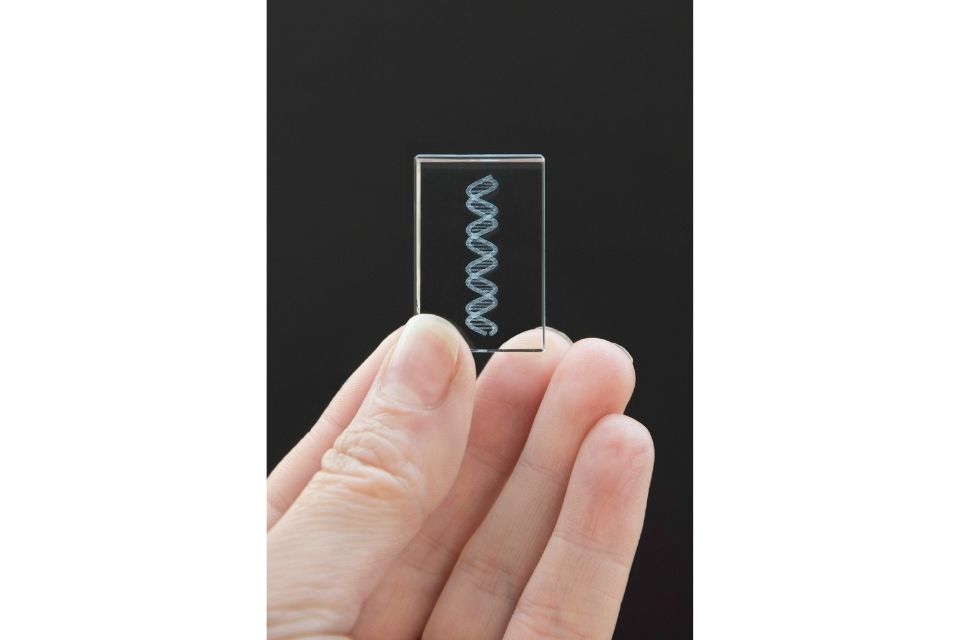 The DNA Industry Is Going Cell-Free

All humans use DNA: Each adult has about 260 grams of human DNA in their cells that stores trillions of copies of their genetic blueprint. But people working in synthetic biology use more than most—DNA is a fundamental tool of the trade. By one estimate, the global bioengineering industry uses about 3 kilograms of DNA per year.DNA is not only the language of synthetic biology’s genetic circuits and artificial chromosomes but also the template for mRNA-based technologies like Moderna and Pfizer/BioNTech’s COVID-19 vaccines. However, researchers still rely on decades-old technology to produce circular DNA plasmids, which are the key templates for genetic research. Plasmids are typically produced with E. coli, a process that requires intense monitoring and specialized expertise. Now, experts worry that it will become a bottleneck as synthetic biology technologies mature and demand for DNA grows. “I think that there was already a constraint in this market driven by the cell and gene therapy industries because those were the big drivers of the initial boom of plasmid DNA,” says Tommy Duncan, Chief Business Officer of Touchlight Genetics, a UK-based DNA manufacturing company. But if, for instance, a DNA vaccine—which carries the code for an antigen, much like an mRNA vaccine but is more stable at higher temperatures—is authorized by the FDA, demand for DNA could skyrocket. “The volumes that we’re currently seeing in the outsource plasmid DNA market will be completely blown out of the water,” says Duncan. Like many aspects of synthetic biology, the DNA production pipeline is now looking toward innovations in cell-free processing to meet that growing demand.

The global demand for DNA could rise from 3 kilograms to 10 or even 100 kilograms each year. To meet that kind of demand, DNA production will need to accelerate in two key areas: the creation of short, specifically-coded sequences, called oligos, and the mass replication of sequences in stable environments, known as expressible vectors.The standard process to create oligos is phosphoramidite synthesis, invented in the 1980s. This is a four-step method that involves extending strands of DNA in the opposite direction than it orients naturally in cells. The method has improved with the introduction of solid-phase synthesis, which constructs DNA strands on solid supports that are immersed in reagent solutions. But it is energy inefficient and relies on hazardous reagents and solvents. Researchers must also spend time waiting for each order to be fulfilled and shipped, which can delay each iteration of a new product.To address the shortages and delays, some synthetic biology companies have developed benchtop platforms for DNA synthesis. DNA Script, a life science tools company, is developing a benchtop DNA printer called SYNTAX that can create custom oligos using enzymatic synthesis in a matter of hours. “The reason we invented this new technology that’s very different from phosphoramidite chemistry is that we felt that we were never going to be able to print any kind of DNA constructs with a very high quality and very limited cost by sticking to the status quo of oligo production,” says Sylvain Gariel, co-founder and Chief Operating Officer of DNA Script.

A still image of DNA Script’s oligo printing process where the red cap prevents unwanted nucleotides from being attached to the oligo strand. Image: DNA ScriptThe SYNTAX printer uses initiator-DNA-studded resin beads as a base and a proprietary terminal deoxynucleotidyl transferase to add capped nucleotides (the A, T, G, and C molecules of DNA) to the oligo strand. The cap prevents unwanted nucleotides from being added to the strand. A rinse then removes the cap, and the strand is ready to accept the next specific nucleotide. Depending on the length of the oligo, printing is complete in between six and 13 hours.Oligos are often used as PCR primers, which are short, single-stranded DNA sequences necessary for polymerase chain reactions (PCR) to amplify small segments of DNA. Oligos can also be used as probes to find complementary sequences and in therapeutics. But expressing a gene encoded by DNA requires an expression vector. Plasmids are the standard vectors used in synthetic biology. But they must be grown in and then purified from E. coli. That means the plasmids must include bacterial sequences for the E. coli to read from, and the process relies on large bioreactors and nutrients to keep the cells alive. Synthetic biologists are interested in cell-free alternatives to cut down on these inefficiencies.For Touchlight, the company’s answer is doggybone DNA, or dbDNA. This is a cell-free expression cassette that can be amplified with just enzymes, nucleotides, and a few other materials in a bioprocess bag. “Our dbDNA is a linear molecule and doesn’t contain bacterial sequences,” says Duncan. By working outside of cells, “We can produce synthetic DNA material in a smaller footprint, with more simple equipment, and we can do it very quickly.”Companies like DNA Script and Touchlight are starting to address the synthetic biology industry’s demand for rapid production of key DNA products, from R&D oliogos to commercial-scale linear strands. But how do these new cell-free DNA systems fit into the bigger picture of the industry’s future?

Rapid DNA Production Gears Up for the Next Pandemic

Image source: Unsplash.The COVID-19 pandemic has been a driving force in increased demand for DNA production because DNA is a vital component of COVID-19 diagnostics and vaccines. At the end of April, DNA Script announced a new partnership with Moderna to develop a platform for rapidly manufacturing oligos for mRNA vaccines, funded through DARPA’s Nucleic Acids On-Demand Worldwide program.But even before the pandemic, interest in personalized medications, like vaccines to prevent cancer, had begun to increase the demand for DNA for research and development. Gariel says that DNA Script does not expect to unseat phosphoramidite synthesis as the industry standard for mass DNA production but instead aims to meet a need for quick-turnaround synthesis at smaller scales. “Where we’re coming in is through the research or manufacturing, where you need to make something custom, typically because it’s an iterative process or because you’re developing something that’s personalized for a patient,” says Gariel. Meanwhile, Duncan says that Touchlight Genetics’ dbDNA can be used as a replacement for plasmids in any context where a synthetic expression vector is necessary. The company has collaborations at the University of Southampton to develop a vaccine for head and neck cancer and is working with Imperial College to develop a vaccine for COVID-19. Cell-free DNA production strategies are more scalable and nimble than standard bacteria-based methods. So while COVID-19 vaccines were developed and authorized in record time, the scientists developing cell-free tools believe that their products can help humanity respond to the next pandemic even faster.