The End Of The Flu: Can We Immunize The World Against A Seasonal Killer? 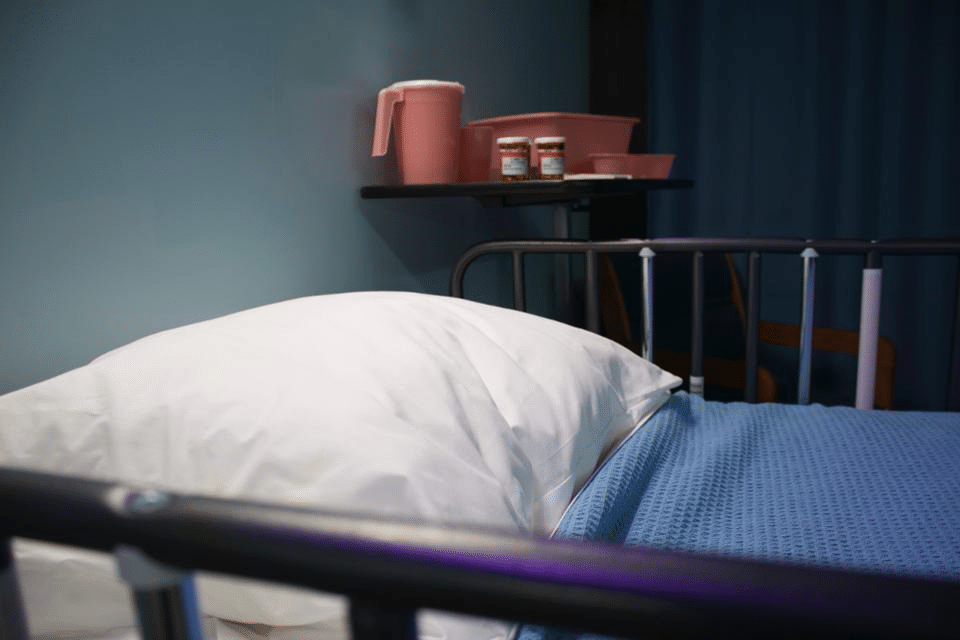 The End Of The Flu: Can We Immunize The World Against A Seasonal Killer?

Christmas season just ended, and there’s a good chance you heard John Lennon’s “Xmas Time” on the radio. Lennon wrote the song with Yoko Ono as a Vietnam War protest as well, singing near the end, “The war is over, if you want it.”You may say Lennon was a dreamer, wishing for a world without hunger, war, or illness. But there is precedent for one item on his Christmas list: wiping out a disease from the face of the earth. I’m thinking about smallpox, which until recently was a global menace that killed an estimated 300 million people in the 20th century. It wasn’t until 1980 when smallpox was declared eradicated by the World Health Organization following a global immunization campaign.Before that, it was the Spanish Flu. In 1918, this variation of influenza ravaged the war-torn world and killed 50 million people worldwide. The medical establishment didn’t have time to develop a vaccine — it 2008 before we even understood the three genes that made that flu so deadly. Instead, the Spanish flu pandemic ended with a whimper, as those who were infected either died or developed immunity.

The seasonal killer among us

But it doesn’t take a once-in-a-lifetime strain of influenza to have a deadly impact. Since the Spanish flu, another 50 million or so people have fallen victim to one of the many seasonal varieties of influenza that humanity has encountered. Each year, the flu kills between 290,000 and 650,000 people, with the very young and the very old being most susceptible.

Despite the public health benefits, anti-vaccination activists may be partly to blame for decreasing flu vaccination rates — and increasing flu deaths. LIGHTROCKET VIA GETTY IMAGESDespite this, vaccination rates have astonishingly decreased since 2010, particularly among older groups that are more vulnerable to seasonal flu. This decrease in vaccination comes despite a number of ongoing and emerging potential pandemics, including malaria, HIV/AIDS, Zika, SARS, and H5N1 (the bird flu virus).We’re entering a deadly time of year, as flu traverses the globe and ends hundreds of thousands of lives. Is the world ready for another devastating flu pandemic? If we had the right vaccines, could we bring an end to influenza?

Can we end the flu?

Synthetic biology companies such as Distributed Bio, research funding from the Bill & Melinda Gates Foundation, and academic research centers such as The Pirbright Institute are ushering in a new wave of universal vaccines. Soon — as Lennon might have hoped — the flu could be over, if you want it.Vaccines are the best way to prevent the spread of flu, which remains a notoriously difficult disease to treat. Antiviral drugs, at best, slow the disease down by a day or two - and are only a secondary line of defense. For the very old, the very young, and others with decreased immune system function, respiratory infections that ride on the back of flu can be lethal.Even our vaccines, however, are rarely as effective as we would like.“Currently we need to know the dominant virus in circulation, both in humans or in chickens, for example,” explains Professor Munir Iqbal of The Pirbright Institute. “We want to know which is the most dominant so that we can select the vaccine strain that protects the most people.“The problem, as he further explains in a recent blog for the One Health Poultry Hub, is that “influenza viruses can mutate and evolve at a rapid rate. The result is that frequent, often annual update of vaccine strains in humans is required to protect against prospective seasonal influenza viruses.”With today’s technology, it’s hard for companies producing vaccines to keep up with the rapidly evolving flu viruses. In fact, many vaccines become outdated shortly after circulation. Some may even be outdated as they’re being manufactured.Iqbal and his colleagues are investigating how to make more broadly effective vaccines. Their strategy: deliberately mask some of the regions of the flu virus that mutate the most. This foils the highly changeable nature of the flu that makes it such a nuisance.This is not a simple task, though, especially when it comes to tackling a disease that affects not only humans, but billions of chickens, pigs, wildfowl and more animals besides.

The Bill and Melinda Gates Foundation is not willing to accept the status quo, and nor are an increasing number of academics and synthetic biology companies dedicated to improving human health using the latest biotechnology methods.

In 2013, the state of New York declared a public health emergency in a flu epidemic of nearly 20,000 confirmed cases in the state. GETTY IMAGESThe Gates Foundation has paired up with Flu Lab with the grand ambition of producing a vaccine that protects against all flu viruses. This year it awarded $12 million to help ‘unlock the mysteries that could provide the foundation for a future universal flu vaccine’. This is in addition to a £5.5million grant to the Pirbright Institute in November to develop a Livestock Antibody Hub.A universal flu vaccine would protect against all flu viruses by targeting regions that are shared (“conserved”) between them, away from the areas that show the high mutation rates that render current vaccines ineffective.One company developing such a vaccine is Distributed Bio. Starting out as a software platform that allowed users to perform computational immunology, this pioneering synthetic biology company has since used its profits to launch a powerful antibody discovery and optimization lab.With its breakthrough Centivax technology, Distributed Bio is targeting the regions of flu that cannot mutate. Studies in pigs suggest that their universal vaccine solution provides immunity to all of the pandemic instances of flu over the last century, and can provide protection against future potential pandemics, according to the company’s website.What’s more, the vaccine can be applied to humans and animals alike. That’s important because pigs and birds are a dangerous reservoir where different flu viruses mix and mutate before being passed back to humans.The WHO wants a vaccine that prevents all forms of severe disease due to influenza A by 2027. Although Dr. Anthony Fauci, director at the National Institute of Allergy and Infectious Diseases (NIAID) says that a universal vaccine might be ‘unattainable’, the first human trials of several potential candidates are already underway.While the WHO aims for influenza A to be tackled come 2027, many scientists have loftier ambitions to eradicate the threat of flu entirely. Along with the Gates Foundation, academic research and a synthetic biology approach, it is looking ever more promising that this might be possible.“The prospect of one influenza vaccine is an exciting one,” says Professor Iqbal. “However, the challenges to making this a reality are great."“There is a strong possibility that we will achieve a universal vaccine with a combined approach, as there are lots of people working on multiple technologies. The trick will be to find two or three arms to attack the pathogen, based on some broad immunity mixed with more specific targeting of influenza strains.”

Vaccinating at the source

The promise of a universal flu vaccine is well and good. But even if we had a universal vaccine today, it would need to reach the right people. To effectively combat any disease, a critical mass of people must be vaccinated. Yet vaccines are not so easy to access for many people.That’s where Gavi - The Vaccine Alliance - can help. This organization is dedicated to improving access to vaccines for children living in the world’s poorest countries. With Gavi support, hundreds of millions of children have been vaccinated against life threatening diseases. They’re also preparing for the next flu pandemic, which has been highlighted as part of its latest Vaccine Investment Strategy as a high priority.

The technology to create universal flu vaccines is only as powerful as the vaccines are accessible to all. Organizations like Gavi help improve access to vaccines for children living in the world’s poorest countries. AFP VIA GETTY IMAGESIt’s not just people those vaccines could reach, either. Professor Iqbal, who works on preventing avian influenza in chickens, points out that “it is plausible that a universal vaccine developed for humans could be adapted to be effective in livestock, such as chickens.”Stopping perilous outbreaks of influenza at the source could be a powerful tool in the fight against it, especially as pandemics often arise due to a mixing of flu strains from different species in livestock.A recent example comes from China, where ‘Disease X’ was touted as being the next potential rival to the Spanish Flu of 1918. The H7N9 virus in question, which circulated widely through chickens, killed more than a third of the 1600 or so people it infected between 2013 and 2017, with most cases (more than 1500) occurring in a ‘fifth wave’ in 2017 alone.To prevent a sixth wave, a wide-scale vaccination programme was initiated, which reduced viral transmission amongst chickens by 93.3%. Thereafter, only three people were diagnosed with H7N9 avian flu. This highlights the effectiveness of vaccinations, as well as the importance of actively controlling animal disease at the source, for the good of human health.

The future is bright in the fight against flu

Whether a universal flu vaccine will be available in this decade or not, we shall have to wait and see. With the efforts of companies such as Distributed Bio, and academics such as Professor Iqbal, along with the drive to get vaccines to where they’re needed most, it looks like a future without pandemic flu is not so very far away.Follow me on twitter at @johncumbers and @synbiobeta. Subscribe to my weekly newsletters in synthetic biology and space settlement. Thank you to Peter Bickerton for additional research and reporting in this article. I’m the founder of SynBioBeta, and some of the companies that I write about — including Distributed Bio — are sponsors of the SynBioBeta conference and weekly digest — here’s the full list of SynBioBeta sponsors.Originally published on Forbes: https://www.forbes.com/sites/johncumbers/2020/01/10/the-end-of-the-flu-can-we-immunize-the-world-against-a-seasonal-killer/