The Scientist Who First Showed Us The Double Helix: A Personal Look At Rosalind Franklin 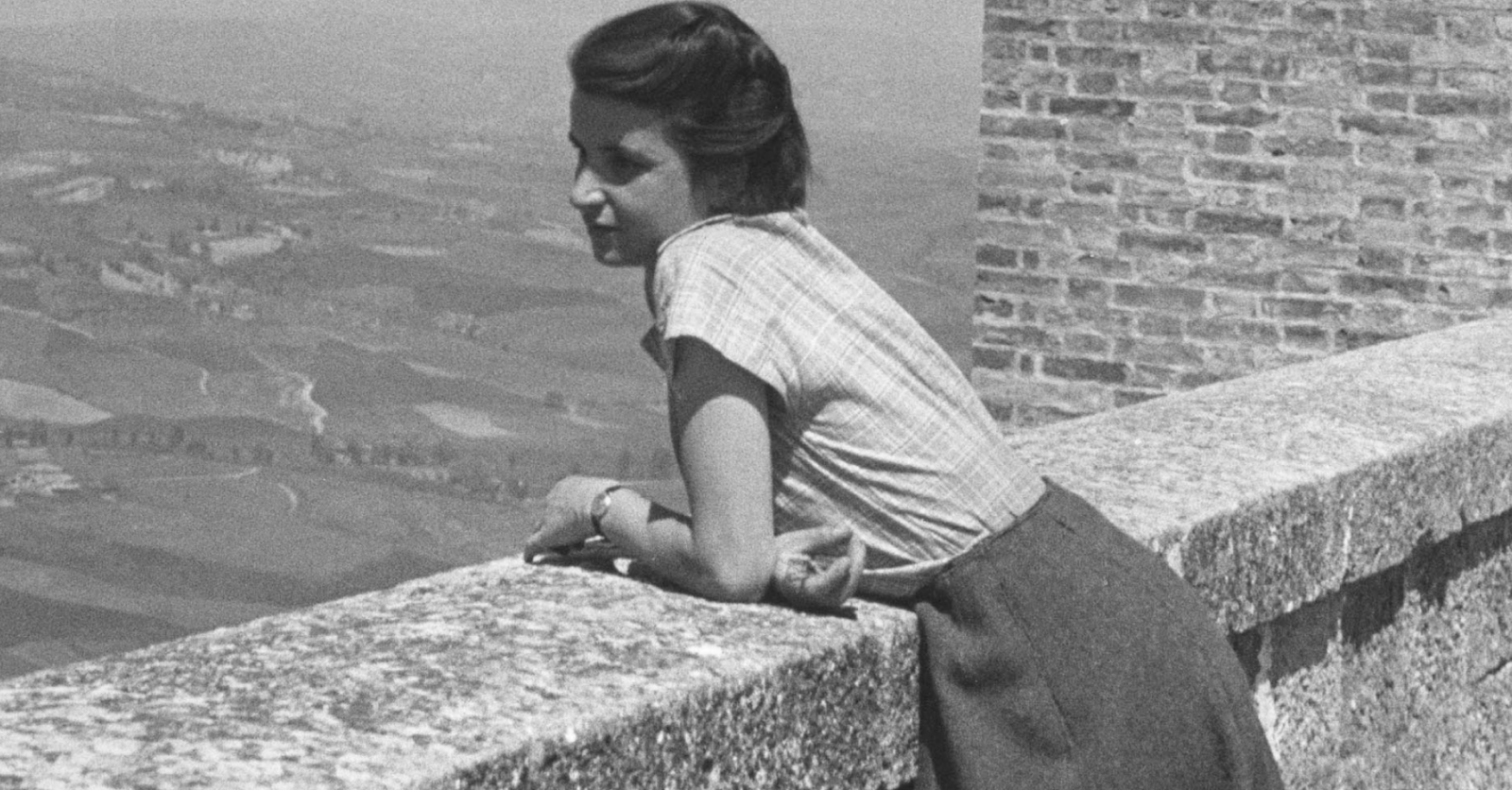 The Scientist Who First Showed Us The Double Helix: A Personal Look At Rosalind Franklin

Recent years have seen landmark advances for women in science. The year 2009 saw three women receive Nobel prizes in the sciences: Elizabeth Blackburn, Carol W. Griede, and Ada E. Yonath. In 2018, Donna Strickland became the third female in history to win the Nobel Prize in Physics, and synthetic biology’s own Frances Arnold became the fifth female ever to be awarded the Nobel Prize in Chemistry. Recent research from the National Science Foundation indicates that more women than men are receiving undergraduate degrees in science and engineering these days.Still, enormous disparities persist. According to the UNESCO Institute for Statistics, less than 30% of the world’s researchers are women. Particularly regarding the Nobel, only 3% of the science Nobel Prizes in Physiology and Medicine, Chemistry, and Physics have been awarded to women.One of the most complicated cases of equity and the Nobel Prize is that of Rosalind Franklin. An English chemist, Franklin developed the methods that led to the capture of Photo 51 — the famed x-ray crystallography photo that directly led James Watson and Francis Crick to the discovery of the double-helix structure of DNA. But how Watson and Crick came to receive Franklin’s photography is problematic — they obtained it without her knowledge from Maurice Wilkins, a researcher at the same lab. Wilkins and Franklin had a challenging relationship: as head of the lab, Wilkins never communicated to Franklin that she was not working under him and that the two were independent researchers.Although Franklin’s work was essential to Watson and Crick’s discovery, she was not appropriately credited in initial publications about the structure. Only in Watson’s book, published years later in 1968, was the first mention of her contribution. Watson, Crick, and Wilkins won the Nobel Prize in Physiology and Medicine in 1962 for “their” work; Franklin died at the much-too-young age of thirty-seven due to ovarian cancer in 1958, just four years before the Nobel was awarded. The Royal Swedish Academy of Sciences does not confer the Nobel posthumously, but the Nobel Museum in Stockholm does note that she was not awarded her due credit.

Photo 51 is the nickname given to this X-ray diffraction image of crystallized DNA taken by Raymond Gosling, a graduate student working under the supervision of Rosalind Franklin in May 1952 at King's College London, while working in Sir John Randall's group. The image was tagged "photo 51" because it was the 51st diffraction photograph that Franklin and Gosling had taken. It was critical evidence in identifying the structure of DNA. U.S. National Library of Medicine, Kings College of LondonPart of this doubt of whether or not Franklin would have been rightly awarded the Nobel is rooted in the circumstances under which she worked. According to her niece, also named Rosalind Franklin, Franklin was a gifted, methodical chemist with an incredible independent work ethic and sharp focus on work in a way that did not fit the mold of what a woman in a man’s world was “supposed” to look like at that time. Her passion and intensity for her work, coupled with little patience for small talk and Wilkins’ great nervousness when around her, created a high-tension relationship between the two.Watson’s view of women also detracted from the power of her scientific work. Her niece recounts a time when Watson attended a talk that Franklin gave. Watson admitted that he really wasn't listening because all he could think was that she would be rather attractive — if she changed her hair or dressed differently. According to a 2015 article from the Guardian, “Ironically, the data provided by Franklin to the MRC were virtually identical to those she presented at a small seminar in King’s in autumn 1951, when Jim Watson was in the audience. Had Watson bothered to take notes during her talk, instead of idly musing about her dress sense and her looks, he would have provided Crick with the vital numerical evidence 15 months before the breakthrough finally came.” For her niece, his outright concession that he wasn’t listening at all “pretty much says it” — that women and their work were not respected by Watson, despite Franklin’s obvious prowess and dedication to chemistry.

Franklin was an avid hiker and traveler, and usually spent her vacations walking or cycling with family or friends such as Vittorio and Denise Luzzati. Here she is in 1949 on a hiking trip in the Alps.U.S. National Library of MedicineAlthough Rosalind Franklin’s scientific contributions are better known today, there is much less of an accurate portrayal of who she was as a person as she is often presented just from an intellectual, intense perspective. The younger Rosalind has a plethora of incredible stories about her aunt as a woman who loved theater and mountain climbing and would walk 25 miles a day. Even more specifically as a scientist, Franklin’s character and dedication shone through in the smallest stories that have been vastly underrecognized.“Her legacy has been amazing ethics...the way she did her work, the way she led her life with integrity,” says her niece. “She just loved that she was contributing, she was making a difference. That was important. She would never have thought of a race and it would have been anathema to do that. So she liked the process, she just loved that discovery and that opportunity to look at things as a contribution to mankind.”That love for the process with evident in her incredibly methodical approach of analyzing her x-rays of DNA. Watson and Crick jumped to analyze the “B” form to confirm the double helix structure as quickly as possible; however, Franklin, despite her intuition that the “B” form was correct, first eliminated the “A” form — a methodology deeply rooted in a scientific and personal commitment to doing the right thing the right way. Her niece recounts an instance when Franklin had grant money remaining from a project and attempted to return it, only to be regarded with complete befuddlement because no one had ever done that before (and still generally do not today either). “She was a bit of a martyr for the cause of equal representation and fairness and equity in science,” says her niece. “People like to put people in boxes, but they have so much more in their lives than ever seen.” Franklin is a living testament to that fact – a dynamic personality often overshadowed by the stereotypes of her time.The irony of Franklin’s position in history does not escape her niece. “ would not be so prominent if … Watson in particular had given her the credit that she deserved,” she says. “It’s so important to stand on the shoulders of those who came before you.” And Franklin did just that: surrounded by the strong women in her family who came before, she “didn’t feel limited” in exploring her passions and advancing her learning.

Rosalind Franklin looking through a microscope in 1955, created at The MRC Laboratory of Molecular Biology.U.S. National Library of MedicineAlthough she did not have a family of her own, family was the cornerstone of Franklin’s life and made her who she was. Her niece believes that her aunt’s story serves as an invaluable lesson for parents today to empower children to discover what they want to do and be respectful of their journey as well, particularly for girls. It gives her hope that Franklin’s narrative is being reclaimed and presented in a more complete picture, rather than a one-dimensional story.“It’s our time,” Franklin’s niece says, “a time for women to speak up and speak out.” Rosalind would be thrilled to serve as an inspiration, especially for young girls today, “but wouldn't want to see herself as the iconic feminist representative, just who women should be.”

SynBioBeta 2019 featured a very special discussion featuring Nobel Laureate Frances Arnold, investor Una Ryan, and musician and consultant Rosalind Franklin, niece and namesake of the research pioneer. The three women engaged the audience in a thoughtful discussion about why there aren’t more women leaders in synthetic biology — and how to change that. The unanimous advice: be kind to one another.Acknowledgement: Thank you to Aishani Aatresh for additional research and reporting in this post. I am the founder of SynBioBeta, and some of the companies that I write about are sponsors of the SynBioBeta conference (click here for a full list of sponsors).