What squirrels can teach us about why, when, and how to use gene drives 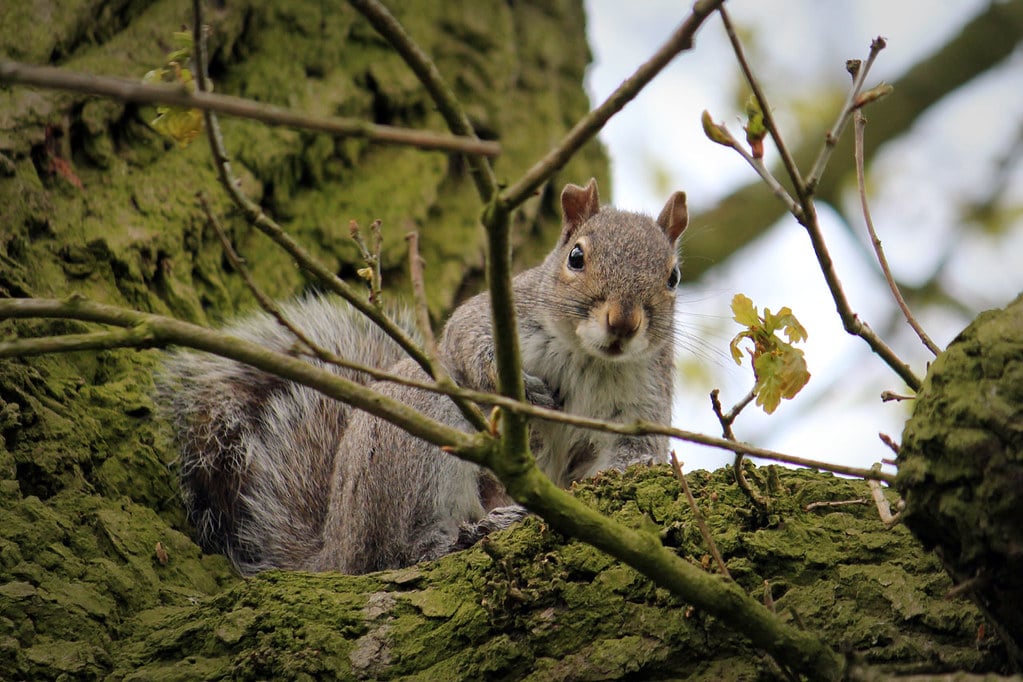 What squirrels can teach us about why, when, and how to use gene drives

As the last ice age drew to a close, red squirrels made Britain their home. They adapted to a changing landscape and thrived as the UK’s only squirrel species. That all changed in 1876 when grey squirrels were introduced to England from North America as an ornamental species in the grounds of stately homes. Small-scale releases continued over the coming decades, allowing the greys to gain a foothold in their new country. However, it soon became clear that they could out-compete the red squirrel. Not only do their tough digestive systems mean they are better at digesting foods such as acorns, they also carry a deadly disease. Grey squirrels rarely show symptoms of squirrel pox, but it’s lethal when passed on to red squirrels. This greatly accelerated the spread of grey squirrels in the UK, and now there are an estimated 2.5 million grey squirrels in a land mass about the size of the state of Michigan. Native red squirrels are now confined to a few remaining strongholds. The replacement of the red squirrel by its grey cousin has caused widespread concern, and not just from red squirrel supporters. Grey squirrels can cause considerable economic losses to forestry by stripping tree bark, a behaviour which is thought to be triggered by aggressive interactions between animals. In extreme cases the tree dies from that point up, and even minor damage can reduce the value of timber. The ecological and economic impact of the grey squirrel has left people searching for a way to control them.

Considerable resources being used to fight the spread of grey squirrels into the reds’ previous strongholds. Shooting and trapping are widely employed, but grey squirrels can recolonize cleaned up areas in as little as one month. Larger-scale culling programs are more effective, but cost and public opinion around killing animals are major barriers. In response, some have aimed to develop long-lasting contraceptives that can be delivered via feeders -- but getting contraceptives to large numbers of squirrels -- and only grey squirrels -- has proven a significant challenge.What if there was a method of eradicating grey squirrels without posing any risk to red squirrels? The incredible recent developments in genome editing techniques mean this could become a reality. CRISPR, for example, has made it easier to make very accurate edits to an organism’s DNA, and has already been used to create gene drives for organism population control. Just as the British company Oxitec has used genetic techniques to control mosquitoes, gene editing could be used to manipulate squirrel populations. If the sex ratio is altered so that there are more males than breeding females, the population will then fall. This could be done by ensuring that fewer females are born, or that some are sterile.One challenge is ensuring that any genetic changes don’t simply die out. In normal Mendelian inheritance, only half the offspring receive each gene. This means that if a gene has any fitness cost then it will be quickly lost from the population. However, not all genes play by the rules. In the wild, there are genes which ensure they are inherited by more than half of the offspring, and modern genetic technologies mean that synthetic versions are within our grasp too.Genetic elements that are passed on to more than half the offspring are known as gene drives, and we can make them in different ways. For example, a gene drive can be created with the molecular machinery for inserting itself into a target site on the genome. This can be the equivalent site on the sister chromosome, so that both chromosomes carry the gene drive. No matter which chromosome is passed on to the offspring, the gene drive will be present. This is called a homing gene drive, as it homes in onto a target site. https://youtu.be/7X715cD02sA

There are many possible ecological impacts of manipulating populations, whether this is done through gene drives or traditional methods. For example, if a gene drive caused a sudden reduction in the grey squirrel population, red squirrels may take time to spread back into their former range. People are yet to investigate how the loss of the grey squirrel could affect other species. Gene drives also pose a danger to grey squirrels in their native range. If squirrels with the gene drive made their way to North America, either accidentally or through a malicious introduction, the population there would be under threat. Given the potential unintended consequences, scientists are keen to consider how to prevent the spread of a gene drive if things go wrong. In theory, all gene drives are self-limiting because they could meet naturally-occurring genes which are resistant to the insertion. However, the gene drive could have irreversible consequences before this happens.One option is to intentionally make the gene drive self-limiting, so that it stops spreading of its own accord. Several methods have been proposed for doing this, including “daisy-chain drive.” In this approach, the components of the gene drive are divided up and placed in different locations on the genome so that none of them can be copied on their own.Self-limiting gene drives have great potential to cause local or temporary changes without putting other populations at risk. However, they also limit the power of the gene drive. For anyone with ambitious objectives such as eradicating a large population, an alternative approach is needed. In these instances, it is possible to create an immunizing drive which could reverse the effect of the initial gene drive. In theory, anyone creating a gene drive for release in a wild population could simultaneously prepare an immunizing drive to release if the initial gene drive caused problems.Even though red and grey squirrels can’t interbreed, questions have been raised about whether gene drives could jump to non-target species. There is yet to be a conclusion about how likely this is, but an assessment in mosquitoes concluded that the risk was very low.

Next steps for gene drives

If gene drives are used on wild animals, then everyone is a stakeholder. The impacts aren’t necessarily even confined to a single country. As with all genetic technologies, there needs to be wide consultation so that everyone can contribute to the discussion. It is also important to question whether eradication is the best path. Just because a species was introduced by humans that doesn't automatically justify taking extreme measures to eradicate it - there are many ecological and economic factors to take into account. It is still early days for using gene drives to tackle non-native species, and we have the opportunity to drive the discussion around them in a constructive way. If we are open about both the risks of gene drives and the exciting opportunities they bring, then we can pave the way for their responsible use to tackle some of our greatest ecological problems.