Who Owns CRISPR in 2021? It’s Even More Complicated Than You Think 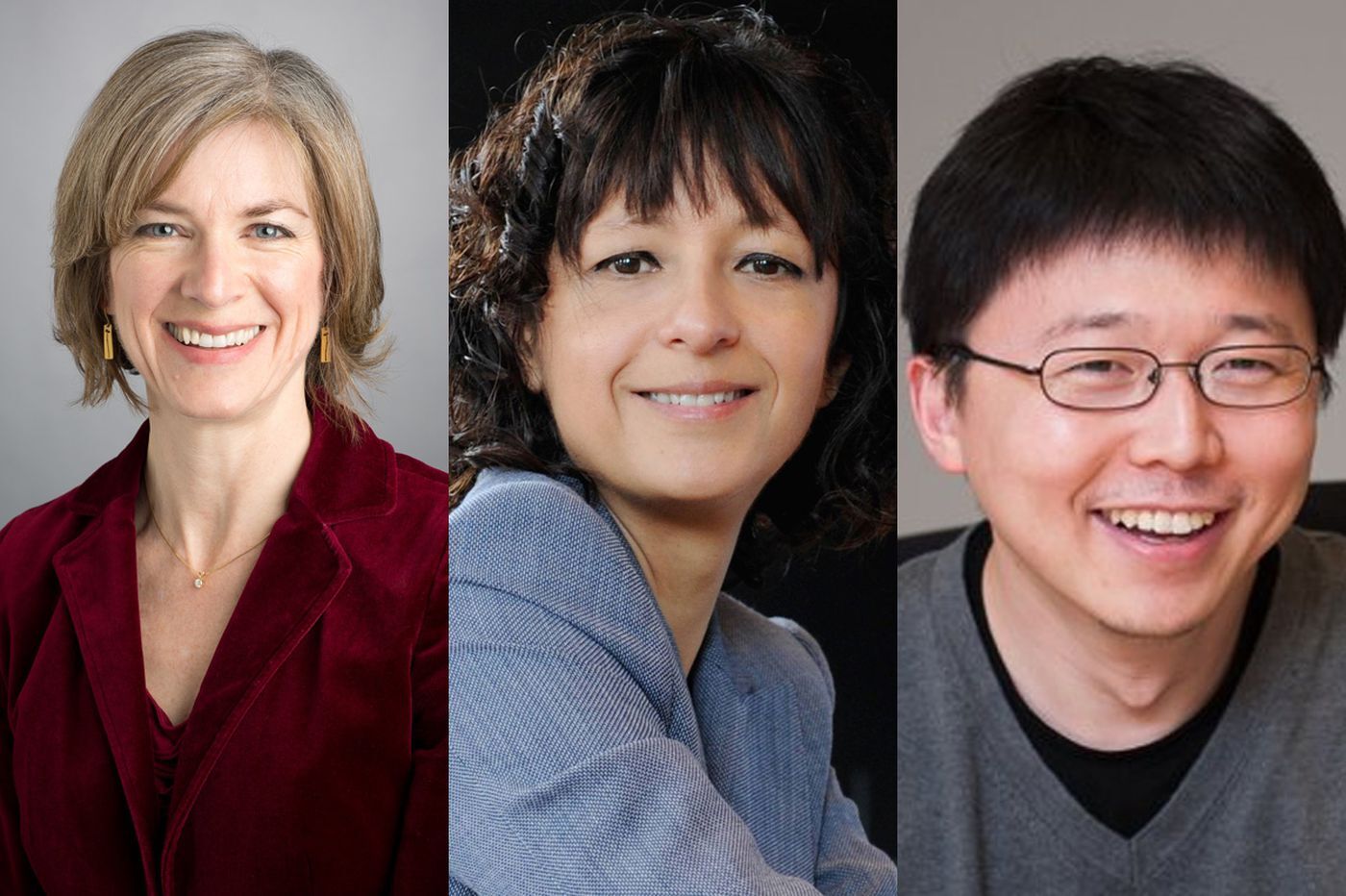 Who Owns CRISPR in 2021? It’s Even More Complicated Than You Think

The question of who owns CRISPR, the genetic editing tool expected to transform modern medicine, is a confusing mess of legal battles, obscure naming conventions, and subtle variations in molecular form and function. The entities that eventually own the patent rights to these tools will almost certainly control who can use it, how it’s used, and how much it costs.The original CRISPR patent battle between UC Berkeley and the MIT-Harvard Broad Institute has not been pretty. Patent fights rarely are, but the debate of who owns CRISPR-Cas9 has been especially heated. It’s not surprising. Since CRISPR is billed as the future of medicine, the ability to own and license some part of the tool is critical for a slew of companies founded on the original CRISPR-Cas9 technology. But who owns CRISPR in 2021 is significantly more complicated than it was just a few years ago. As more companies, researchers, and academic institutions file patent applications for subtly different CRISPR molecules, it’s no longer possible to narrow down the intellectual property rights to just two or three big players.

CRISPR is essentially a bacterial defense mechanism. When a virus infects a bacteria (known as a bacteriophage), the bacteria can employ a CRISPR-associated molecule (Cas) to cut the bacteriophage’s DNA. The bacteria then insert pieces of the phage DNA into its own genome, enabling it to recognize and destroy the phages in the future.

Bacteriophages insert their DNA (in red, middle image) into a bacteria. CRISPR is essentially a bacterial immune system to cut and store phage DNA so the bacteria can recognize—and fight off—the phage in the future. Credit: Victor Padilla-Sanchez, The Catholic University of America, Source: National Institutes of Health on FlickrThe beauty of Cas proteins is that they can be programmed to recognize and cut specific DNA sequences. This is why CRISPR is often referred to as “genetic scissors.” By giving a Cas molecule instructions of where to cut DNA through the help of a guide RNA molecule (gRNA), CRISPR has the power to disable any gene it’s programmed to find. The implications of cutting DNA are tremendous. CRISPR-based therapeutics have already shown clinical promise for conditions like inherited childhood blindness and sickle-cell anemia. The technology could cure many genetic diseases by turning off a gene that wasn’t supposed to be on in the first place. CRISPR can also cut DNA, replace the break with a new segment, and correct a malfunctioning genetic mutation.

Everyone Wants a Bite of the CRISPR Pie

The most famous CRISPR-Cas molecule is Cas9. This is where the original CRISPR patent battle starts, and the dispute is still going. Both UC Berkeley and the MIT-Harvard Broad Institute claimed IP rights to CRISPR-Cas9 in 2012. Since the Broad Institute paid to expedite its application, its patents were awarded first even though UC Berkeley filed first. However, the United States Patent and Trademark Office (USPTO) switched to a first-to-file system that took effect in 2013 and set the scene for the patent battle. Multiple companies founded on the initial CRISPR-Cas9 IP rights also have overlaps in their patents. And some patents only cover the right to use CRISPR-Cas9 for certain diseases or applications. Sources contacted for this article only agreed to speak on the condition of anonymity and that they not be quoted directly. So, while the CRISPR-Cas9 patent disputes aren’t currently headline news, those directly involved with the technology are taking every precaution that their words aren’t misconstrued in current or future legal proceedings.To date, the companies founded by each of the players in the core Cas9 patent dispute are:

Outside of the patent dispute, Doudna and Charpentier have been recognized as co-discovers of the CRISPR “scissors.” Their original collaboration in 2011 ultimately won them the Nobel Prize in Chemistry in 2020. It was a historic win—Doudna and Charpentier became the first women to share the Prize and it brought synthetic biology a new level of public awareness. All this attention has been focused on CRISPR-Cas9. But Ca9 isn’t just one molecule. It’s a whole host of wild-type (naturally occurring) and engineered enzymes for binding and cleaving DNA. Cas9 molecules also aren’t the only CRISPR enzymes. Whole families of CRISPR complexes like Cas12, Cas14, CasX, and CasY have been discovered and patented by various organizations, companies, researchers, and academic institutions. Even Cas naming conventions are confusing. Different entities use slightly different naming guidelines—CasX in one naming system is Cas12e in another. Some CRISPR Cas enzymes are also closely related to others, almost like molecular cousins with little distinction between them. There are hundreds if not thousands of Cas variations, all of which could potentially be patented. This is where the CRISPR IP rights get even more fragmented.

Other Players in the Patent Game

The first institutions to discover CRISPR aren’t the only ones holding patents. Of course, who initially discovered CRISPR is the product of much debate. Beyond UC Berkeley and Emmanuelle Charpentier, Vilnius University also discovered how to use Cas9 at the same time. However, Vilnius University has been left off the original discovery list because it didn't demonstrate all of the components necessary for genetic editing activity.

CRISPR Cas9 (white) uses Guide RNA to locate and cut the Target DNA sequence. Source: WikiMedia Now, companies like DowDuPont, MilliporeSigma, and Cellectis all own CRISPR-Cas9 patents. Some, like DowDuPoint, have purchased their patent agreements from multiple CRISPR entities like Caribou Biosciences and Emmanuelle Charpentier. A patent pooling licensing company, MPEG LA, has gone another route. The company is in the process of accumulating several patents from different companies, giving it potential access to a broad range of CRISPR intellectual property.The problem, however, is that each of these patents represents small segments of a much bigger pie. It’s not yet clear which Cas enzymes or which variations of those enzymes will ultimately be useful. Just because a researcher or company holds CRISPR-Cas patents doesn’t necessarily mean the Cas complexes will be effective for genetic editing. Discovering CRISPR Cas molecules is relatively easy. Finding ones that work is much more challenging.

What If Everybody Owns CRISPR?

There are four possible scenarios for the future of CRISPR patent rights. One is that most people who apply for CRISPR patents are successful. In this case, it could be very difficult for researchers and entrepreneurs to figure out if a Cas molecule is already patented and who owns that IP. This could create a bottleneck on research and discovery if researchers are forced to wade through all the CRISPR varieties to find the ones they need.

CRISPR-Cas9 can correct the genetic mutation that affects the production of the protein dystrophin, the underlying cause of Duchenne muscular dystrophy (DMD). Restoring dystrophin (stained green), cure to at least 60% of DMD patients. Credit: Courtney Young, M.S., Melissa Spencer lab, University of California, Los Angeles. Source: NIHThe second scenario creates a world in which many institutions and companies own CRISPR rights, but it’s relatively organized (when the initial dust finally settles). There would be rules guiding how CRISPR can be shared and used in research to make it more accessible. A third scenario would be a monopoly on CRISPR-Cas9 patents by one or two major players. They would control the research and manufacturing landscape by merging with other players or buying them out. However, this is fairly unlikely. Companies and researchers have already developed clearer IP rights with their own iterations of molecules like CasX. Other companies have developed proprietary CRISPR complexes. Even if all Cas9 patents were taken over by one entity, other options would still exist on the CRISPR-Cas market.There is also a fourth scenario where Cas9 does not become the molecule of the future. While Ca9 was the first CRISPR enzyme to be discovered, it isn’t necessarily the easiest to work with. Molecular complexes like CasX are smaller, easier to deliver to patients, and make fewer off-target genetic cuts. Even though Cas9 is still all-the-rage in legal disputes, it might not end up being the molecule of choice for many applications. It should be said that academic institutions will likely have access to Cas molecules at little to no cost. It’s traditional for academic researchers to use patented life science tools if they are not planning to make a profit themselves.

The CRISPR Haves and Have Nots

CRISPR applications aren’t limited to biopharma and therapeutics. Agriculture technology platforms or cell-culture meats already use CRISPR technology. So far, this system is working well enough: A dozen or so companies hold initial Cas9 IP, license it out, and make a profit while also developing their own products and therapeutics. This is how the patent system is supposed to work. But in a monopoly of one or two big players, the licensing fees IP holders could extract might be virtually unlimited.

Engineering staple crops with CRISPR is expected to be a key tool in modifying crops to produce higher yields and to be more resistant to the effects of climate change. Source: DOI: 10.1126/science.aar7191A second issue arises if a company needs to employ CRISPR for multiple applications but more than one company holds segments of the CRISPR rights for specific applications. Newer companies could have to pay multiple licensing fees to access the technology. As those fees are typically high, especially for a tool as powerful as CRISPR, many promising companies could be run out of the game by the fees alone. This scenario could stifle innovation and scientific creativity.

Still Want To Patent CRISPR? Here’s What You Need To Know

The biggest challenge for anyone trying to sort out CRISPR patent rights is fully understanding just how many patents there are. A search in the USPTO revealed 262 patents or patent applications listing CRISPR-Cas9 and over 5,000 general CRISPR patents. And these are only the patent applications for Cas9. This doesn’t include the growing number of patents for other Cas molecules or Cas molecules yet to be discovered. This also doesn’t include patent applications in other big synthetic biology regions like China, Europe, the UK, and Israel.The competition for CRISPR patents is unlikely to diminish in the future as more companies and academic centers clamber to join the race. The race has become increasingly global with more countries filing for CRISPR patents—new patents are filed at a rate of 200 per month.What isn’t clear is how these enormous numbers of CRISPR patents will affect the future of science. Will they hamper progress by limiting the commercial use of the technology, or will researchers prevail and make new therapies accessible to everyone? When the dust settles—if it does at all—the hope is that CRISPR technology will be accessible for a wide range of applications at a competitive cost. The power to engineer biology should not be limited to the very few. We are now in the Age of Biology. If we are to build a better future, we cannot leave the fundamental promise of science in the dust.Special thanks to Marianna Limas for additional research and Lana Bandoim for additional writing for this piece.Image credit: Jennifer Doudna (Sam Willard Photography), Emmanuelle Charpentier and Feng Zhang.