Why carbon recycling could be synthetic biology’s crowning achievement 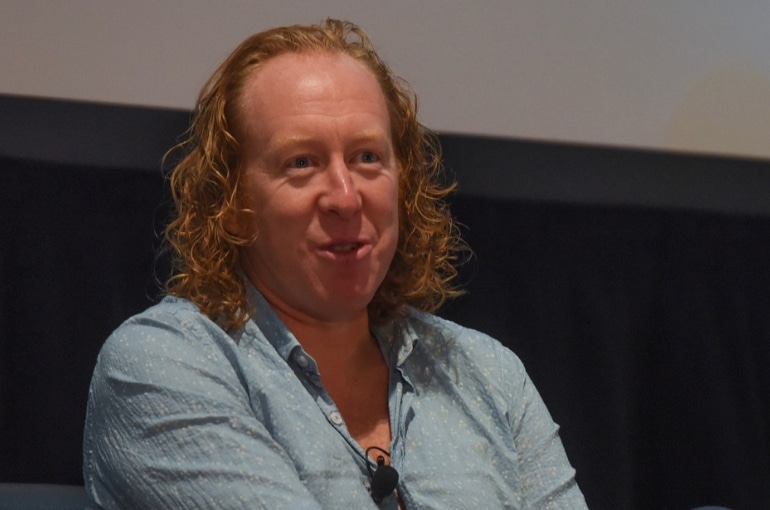 Why carbon recycling could be synthetic biology’s crowning achievement

The planet is heating up.Last year, 37.1 gigatons of carbon dioxide were released into the atmosphere. That comes out to 2.4 million pounds (or 1.1 million kilograms) every second. Though carbon dioxide is outclassed in its warming potential by other compounds, like methane and fluorocarbon derivatives, the sheer volume of emitted carbon is unnerving.Carbon is also, fortuitously, the crux of biology. The conversion of simple carbon molecules, like CO2, into multi-carbon compounds lies at the heart of life, metabolism, and evolution. In industry, emitted carbon gases can also be used to produce chemical products, rather than from fossil fuels and refined petroleum.Carbon fixation is not easy, however, and solutions to this problem demand huge investments, intensive biological studies, and innovative approaches. For example, the low atmospheric concentration of greenhouse gases make them exceedingly difficult to capture and recycle. Carbon dioxide makes up only about 405 parts per million in the atmosphere, and methane comprises 2 parts per million.Despite low atmospheric concentrations of greenhouse gases, autotrophic organisms - like the vast swaths of cyanobacteria floating in the world’s oceans – can efficiently convert carbon dioxide into food and oxygen using sunlight. Natural metabolic pathways to fix carbon, however, often depend on slow or inefficient enzymes, like RuBisCO. Additionally, biologists hold an incomplete understanding of the genes and interacting protein networks of even the simplest organisms, confounding our ability to rewire metabolism to enhance carbon fixation.Despite these obstacles, a continued reliance on petrochemicals is not sustainable, and a new route to carbon-based products is desperately needed. Synthetic biology is here to help.

In with the trash, out with the cash

Many companies are already taking a stab at converting greenhouse gases into biofuels and plastics by rewiring microbial metabolisms. In nearly all cases, ‘waste’ gases emitted from factories or landfills are used as the carbon source.LanzaTech, based out of Skokie, Illinois, converts waste carbon monoxide emitted from factories into ethanol and, soon, other chemicals. SynBioBeta contributor Emilia Díaz previously wrote about LanzaTech’s rapid growth and suite of genetic engineering tools. LanzaTech has been producing ethanol at a commercial scale for over a year now, with a gas fermentation facility operating in China and additional facilities under construction in California, Belgium, India, and South Africa. Together, they will produce about 77 million gallons of ethanol per year from carbon waste.According to Dr. Sean Simpson, LanzaTech’s Chief Scientific Officer and Co-Founder, engineered microorganisms are particularly well-suited to carbon conversion because “chemical methods require gas streams at very fixed ratios, so not only must be very fixed, but also determine the selectivity to the desired products.”Basically, the unpredictable nature of carbon waste emissions were a problem before biology entered the spotlight.“With biology, you have a catalyst that is able to take highly variable inlet gases, which is what you get from biomass waste or a waste stream from an industrial process … and can translate that variable gas into the production of a single product with high selectivity,” says Simpson.

LanzaTech’s industrial factory in China, where carbon emissions are converted to ethanol. Image courtesy of LanzaTech.But factory emissions are not the only viable source of carbon for synthetic biology companies aiming to turn a profit. Others are sucking up carbon from farms and landfills and using it to make fuels or plastics.Almost all plastic on earth is made from oil, but California-based Newlight Technologies aims to change that. They use waste landfill methane to produce a plastic called AirCarbon. The process involves mixing methane with air and converting it to a liquid, which is then fed to a microorganism. The microbes produce a biopolymer that can be melted down to make plastic products, including phone cases and chairs.In recent years, Newlight has partnered with large plastic distributors, including IKEA and Vinmar, and have announced plans to rapidly scale production. Construction of production facilities with 300 million and 600 million pounds of output per year are underway, as Newlight looks to make a dent in carbon emissions while offering greener plastic alternatives.Despite an ongoing interest in carbon recycling, however, there are still monumental obstacles to overcome. Industry is increasingly building academic partnerships to pursue risky ideas and develop out-of-the-box solutions for carbon recycling.

Academia pushes ahead on carbon recycling

To solidify academic ties, some companies are financially supporting academic research in synthetic biology. Ingenza and Sasol UK previously partnered with Professor Frank Sargent, then at the University of Dundee, to develop a method to capture and recycle waste CO2. The partnership results, published in Current Biology, demonstrated that E. coli could convert 100% of gaseous CO2 to formic acid with an enzyme called formate hydrogenlyase, or FHL.Now, Ingenza is driving this project forward, aiming to use the technology to capture and recycle carbon waste from fermentation processes while producing chemicals. Ingenza has already had success in using fermentation, protein engineering, and synthetic biology to engineer cells for large-scale production of antibiotics and chemicals for crop protection.But to tackle a challenge as vast as global carbon emissions – and make a real dent in reducing them – academics must look beyond model organisms, like E. coli, for answers.Dr. Patrik Jones, group leader in Metabolic Engineering at Imperial College London, knows that there are serious limitations to natural carbon fixation processes, but is confident that a sizeable impact can be made with synthetic biology and a better understanding of biology. The goal of his group is to develop entirely new concepts “that can enhance the sustainability of human activities.”

Cyanobacterial strains grown in the lab. Copyright Hartmann / MPG.By studying and engineering autotrophic organisms, especially a strain of cyanobacteria originally found in freshwater ponds, Jones’ group has successfully produced fatty acids, alcohols, alkanes, and alkenes from photosynthesis. They have also “mined” the genome of this cyanobacteria to better understand its metabolic networks. Despite these efforts, biology does not easily reveal its secrets, and organisms are not always amenable to genetic “rewiring”.According to Jones, “we face major challenges in scaling up engineered autotrophic systems, but recently I feel we are collectively, step by step, making progress in solving some of the key challenges, such as contamination and genetic stability.” Jones also explains that, for carbon fixation to ameliorate human activities, scientists will first have to figure out how to enhance the overall rate of carbon fixation.Another academic lab, nestled in the outskirts of Marburg, Germany, aims to do exactly that.“From a biochemical point of view, RuBisCO has evolved to a certain optimum, but it can move no further,” says Professor Tobias Erb, Director of the Max Planck Institute for Terrestrial Microbiology.

Professor Tobias Erb, right, watches a student carry out an experiment in the laboratory. Copyright Hartmann / MPG.“RuBisCO fixes carbon dioxide and it can either be fast, but make a lot of errors, or it can be accurate, but it works slowly,” says Erb. Despite its ubiquity in plants and many photosynthetic organisms, RuBisCO is a bit disappointing as an enzyme. It often “mistakenly” binds to oxygen, rather than carbon dioxide, which reduces its efficiency.Erb sees potential in nature, however, and believes that synthetic biology could be used to improve enzymes like RuBisCO. “We want to learn from nature and then apply the knowledge to develop solutions,” says Erb, whose lab is famous for mining biological genomes and evolving new enzymes to overcome limitations in carbon fixation.In 2016, Erb’s group published the first fully synthetic metabolic pathway for fixing carbon dioxide in vitro. The synthetic pathway, called CETCH, is comprised of 17 different enzymes from nine different organisms, including three engineered enzymes. Remarkably, it is up to five times more efficient than some natural carbon fixation pathways and is completely insensitive to oxygen.While integrating this pathway into a living cell is much more challenging, Erb thinks that with further technology development, a synthetic carbon fixation pathway could one day be implemented in vivo.With the natural world for inspiration, synthetic biology is offering solutions for carbon recycling. But work remains to be done, and the future will be built on the backbone of biology, not chance.

Biological understanding is the backbone of the future

As scientists explore the molecular world to find answers to colossal problems, biology remains reluctant to share its secrets. Jones knows that there is a lot of fundamental work still remaining, and synthetic biology is not in the clear yet.“In general, our primary limitation is understanding. Biology is complex and although we think we understand what role the majority of genes have in model organisms, this still leaves us with the challenge of understanding the networks they collectively contribute towards, in combination,” he says.Nevertheless, with companies like LanzaTech, Newlight, and Ingenza bringing carbon recycling to scale, and academics like Jones and Erb pushing the needle forward in developing new synthetic biology tools, carbon emissions could be dramatically reduced.In many regards, human carbon emission is the greatest challenge ever faced by planet earth. Solutions to diminish our footprint will be synthetic biology’s crowning achievement.Come meet the pioneers who are applying engineered biology to revolutionize carbon recycling, register now for SynBioBeta 2019, October 1-3